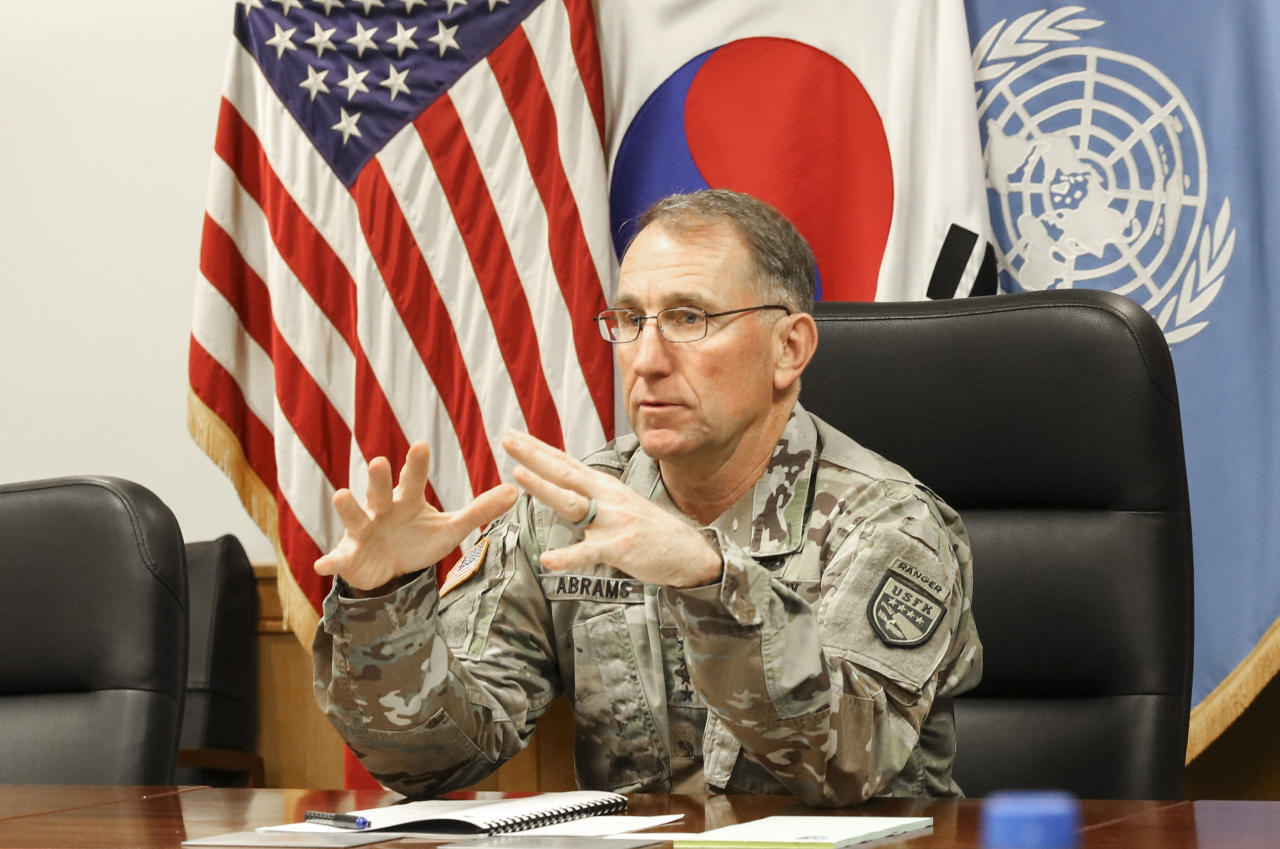 USFK Commander Gen. Robert Abrams. (USFK)
The United States remains dedicated to a successful handover of the wartime operational control to South Korea, said Gen. Robert Abrams, who holds dual roles of commander of the US military here and the Combined Forces Command between Seoul and Washington.

“The United States is firmly committed to the successful execution of this alliance plan that will ultimately result in a Republic of Korea four-star leading the Combined Forces Command,” the four-star general said at a defense forum Wednesday in Seoul.

His remarks were understood to dispel speculation over discord between Seoul and Washington, which have been in talks for the transfer of the wartime role, delegated to the US at the onset of 1950-53 Korean War, which ended with an armistice leaving the two Koreas and the US-led United Nations Command still at war.

The general then described a potential reduction or withdrawal of the 28,500 American troops here as “wildly speculative.” Washington earlier instructed the Pentagon to reduce the number of US troops in Germany by roughly a third to 25,000.

The commander stressed the spirit of “fight tonight,” referring to the highest defense readiness of the combined forces against any outside aggression, mainly from the nuclear-armed North Korea.

Guessing leader Kim’s next move would be tricky but Pyongyang relies on coercion and threats to negotiate best terms, the commander added.

The North recently demolished an inter-Korean liaison office to protest anti-Kim leaflets flown over the border from the South by defectors and is mulling its next step.