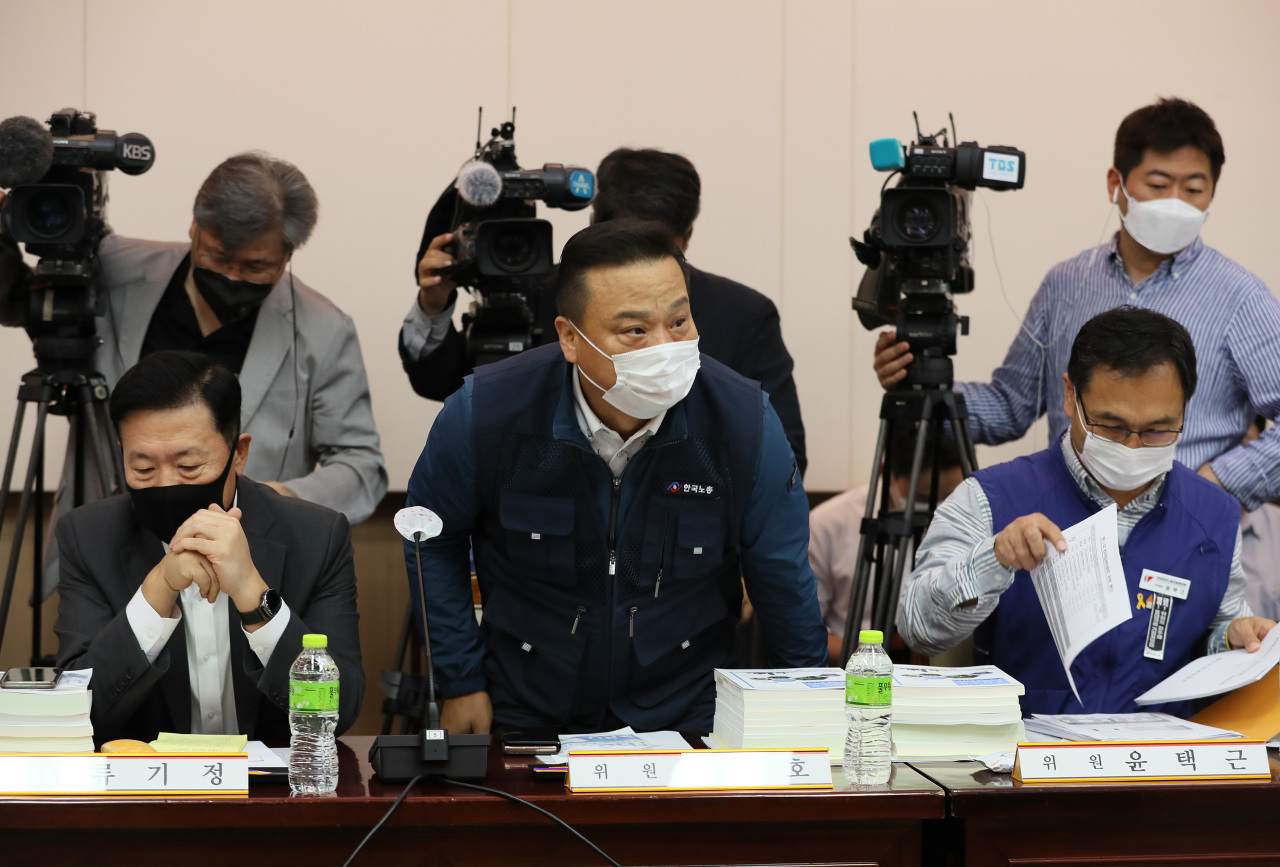 Participating members of the Minimum Wage Council are in discussion during the 4th plenary session held Wednesday in Seoul. Labor representatives proposed a 16.4 percent hike for next year’s minimum wage to 10,000 won, while the business circle demanded a 2.1 percent cut to 8,410 won. (Yonhap)
The Minimum Wage Council has been met with a stark contrast in opinion between labor and business representatives, with both sides proposing radically different figures in determining next year’s minimum wage.

At the fourth plenary meeting held Wednesday, labor representatives proposed a 16.4 percent hike for next year’s minimum wage to 10,000 won, while the business circle demanded a 2.1 percent cut to 8,410 won. It is the first time the both sides shared their proposals since the discussion kicked off early last month.

The business side argued that the minimum wage level should be lowered as Korea is expected to undergo negative growth rate this year and its businesses are already experiencing deep financial struggles from radical minimum wage hikes over the past three years.

According to a survey of 600 small and medium-sized enterprises carried out by the Korea Enterprises Federation and the Korea Federation of SMEs, 88.1 percent of respondents agreed that next year’s minimum wage should be the same as this year’s or lower.

The labor circle, comprised of members from the two major umbrella labor groups in Korea, hold precisely the opposite view, arguing for the minimum wage to be higher in enabling low-income workers to survive the impact of the COVID-19 pandemic.

Labor representatives said that raising the minimum wage to 10,000 won will help reduce the income disparity in Korea and that a lower rate will worsen the lives of workers and expand the income polarization already apparent in Korea.

The 27-member Minimum Wage Council -- consisting of nine representatives each from labor, business and government -- has until Aug. 5 to officially post next year’s minimum wage.

It is likely that the discussion to take longer than originally scheduled as this year’s negotiations started later than usual due to the coronavirus outbreak limiting face-to-face meetings.