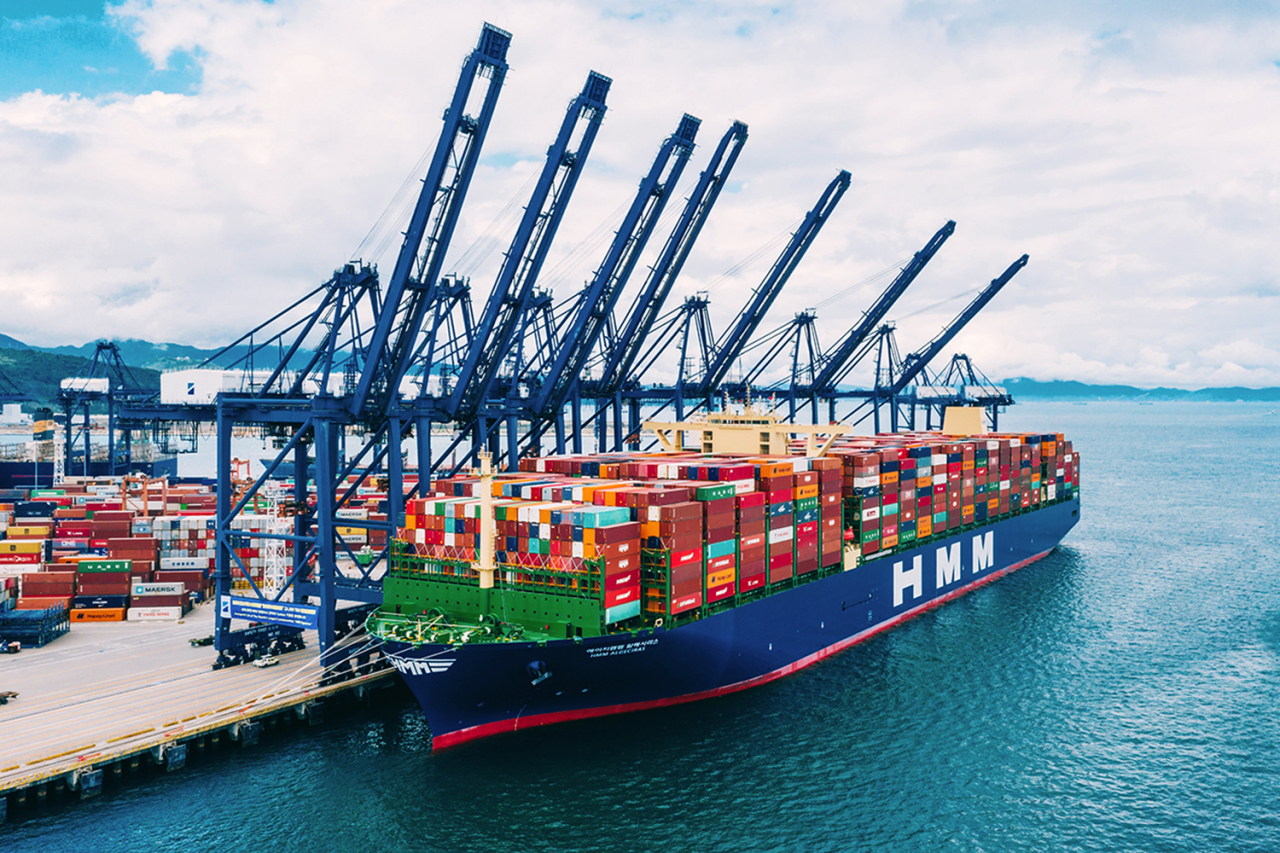 It is the fifth of the seven ships that HMM ordered from Daewoo Shipbuilding & Marine Engineering.

The South Korean shipping firm is slated to receive a total of 12 24,000 TEU-class ships -- seven from DSME and five from Samsung Heavy Industries -- by September this year. Among the 12 ships, six vessels have already been deployed on European routes so far, including HMM Algeciras, which was delivered by DSME in April.

In 2018, HMM had signed a contract with Korea’s three shipbuilders for 20 large-scale ships worth about 3.15 trillion won ($2.6 billion) in line with the government’s five-year plan to rebuild the shipping industry.

Alongside the 12 ships from DSME and Samsung this year, HMM plans to receive eight 16,000 TEU-class ships from Hyundai Heavy Industries next year.

“The shipping industry is a key factor in securing export competitiveness and a pivotal industry that has a great ripple effect on the shipbuilding and port industries,” Vice Finance Minister Kim said in his congratulatory speech.