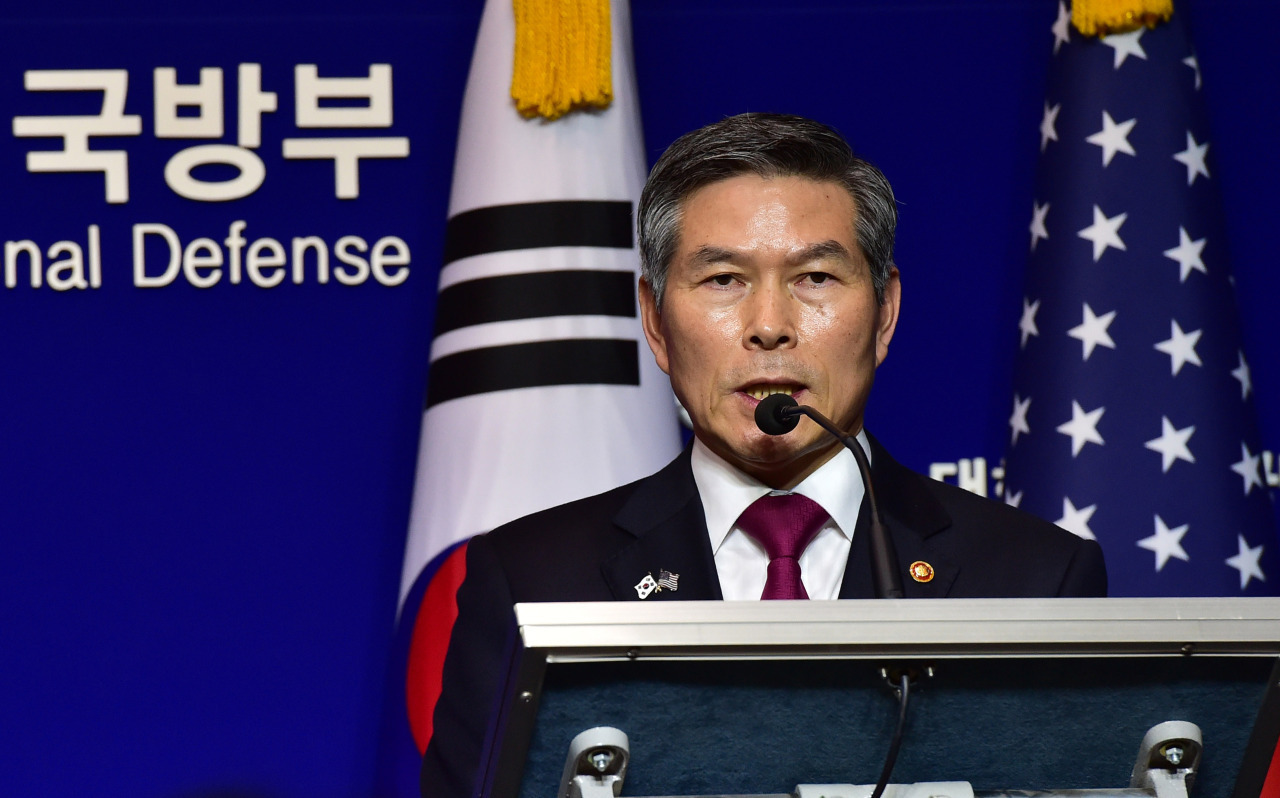 Defense Minister Jeong Kyeong-doo. (Joint Press Corps)
South Korea’s Defense Ministry convened the first of this year’s two meetings on preparations for the transfer of its wartime operational control from the United States, scheduled to be completed by 2022, the ministry said Monday.

“The transfer of the wartime operational control will bolster our defense readiness,” Defense Minister Jeong Kyeong-doo said, urging the military to be fully prepared for a successful handover.

The meeting, attended by the defense minister, the Joint Chiefs of Staff and key commanders from the armed forces, discussed the second stage of the three-phase takeover scheme designed to test Seoul’s readiness to reclaim its wartime command, which Washington exercised during the 1950-53 Korean War.

Seoul, after finishing the first stage last August, was pushing to test the second stage this August as scheduled earlier, but Washington was reportedly not in agreement, insisting instead on running the planned joint drills alone.

The two countries annually hold joint military exercises in March and August, but came to postpone the latest one in March due to concerns over the coronavirus pandemic.

President Moon Jae-in has vowed to complete the transfer before he leaves office in May 2022, but critics raised suspicion over whether the Korean military would be ready to assume the wartime role by then.

“The transfer isn’t a matter of when it should happen but rather whether conditions have been met for that to happen,” said Cho Tae-yong, a former South Korean nuclear envoy and deputy national security adviser.