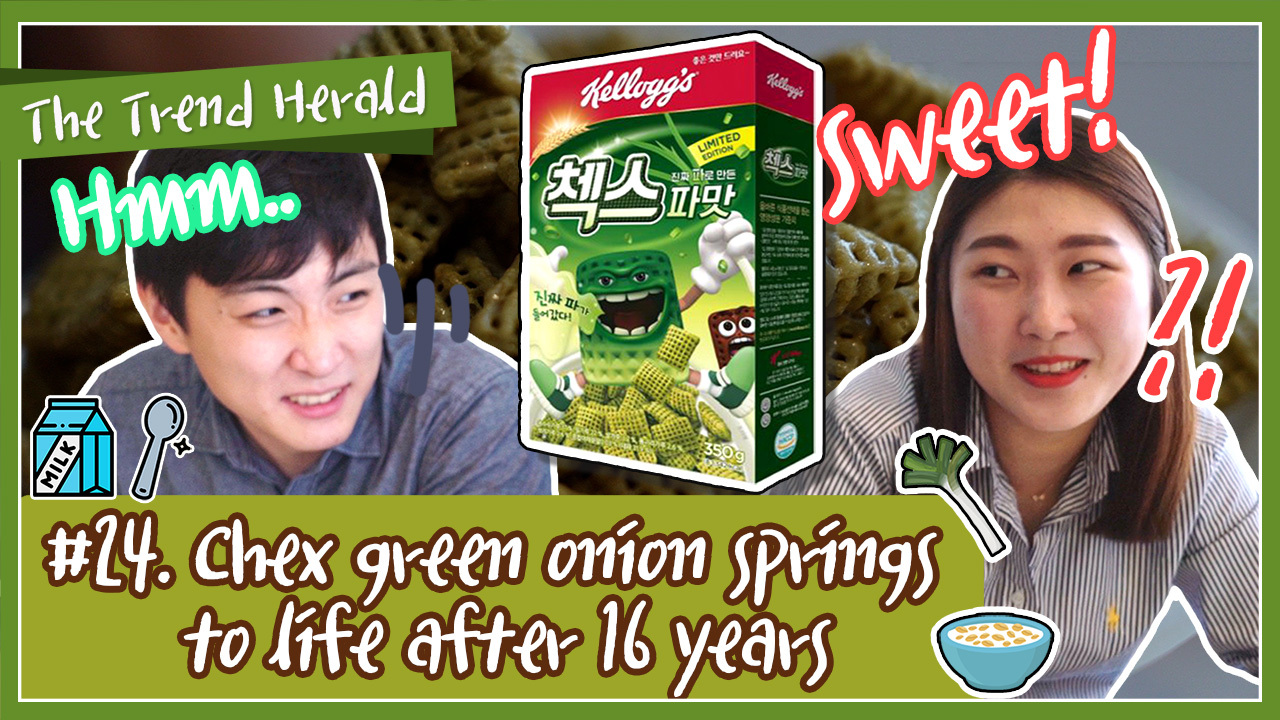 Kellogg Korea’s latest release, Chex Green Onion is stirring up the Internet even before hitting the shelves.

Kellogg Korea uploaded a 6-second-long video on June 17 on its YouTube channel, recruiting 50 people to try its newest product before its release. The video showed chopped green onion being sprinkled on chocolate flavored Korean cereal Chex with milk with background music with the lyrics “sorry, sorry, sorry” by trot singer Tae Jin-ah.

The video reached over 140,000 views in just two days and a total of 14,221 people signed up for the event, according to Kellogg. “Chex Green Onion” was the most searched item on many portal sites on June 17.

The reason for such heightened attention for Chex green onion goes back 16 years.

In 2004, Nongshim Kellogg launched an online “election” for the president of Chex featuring two candidates, chocolate-colored character Chekkie and green-colored character Chaka. Chekkie promised to make the cereal more chocolatey while Chaka promised to put green onion in the cereal. When internet communities heard about this election, they started voting for Chaka, to Kellogg Korea’s horror.

With Chaka bound for victory, Kellogg deleted over 42,000 votes, citing “security reasons.” With Chaka still winning by a few thousand votes, Kellogg added offline votes and ARS call votes, in a blatant manipulation of the result, to make Chekkie the winner.

A similar case also happened with Kellogg in Japan in 2012 when Kellogg announced vote for a cereal flavor, this time between chocolate and wasabi, for its Chocowa. Although wasabi flavor won by a landslide, Kellogg canceled the wasabi votes and went on to release the chocolate flavor.

Since the Chaka incident, Koreans have been criticizing Kellogg for vote rigging and election fraud, and portraying Chaka as an independence activist became an internet meme. #PrayForChex appeared every anniversary of the election, and whenever Kellogg had an event, consumers would ask for the release of Chex green onion.

After 16 years, Kellogg has finally responded.

Chex Green Onion will finally be available online starting June 28 before hitting the shelves on July 1 in stores for a limited time. Many people celebrated Kellogg’s announcement in the comments on the video by Kellogg, calling it a triumph of democracy. Since then, speculation about what it would taste like has abounded.

Opening the box of Chex Green Onion sent from Kellogg for review, the scent of green onion hit sharper than expected, 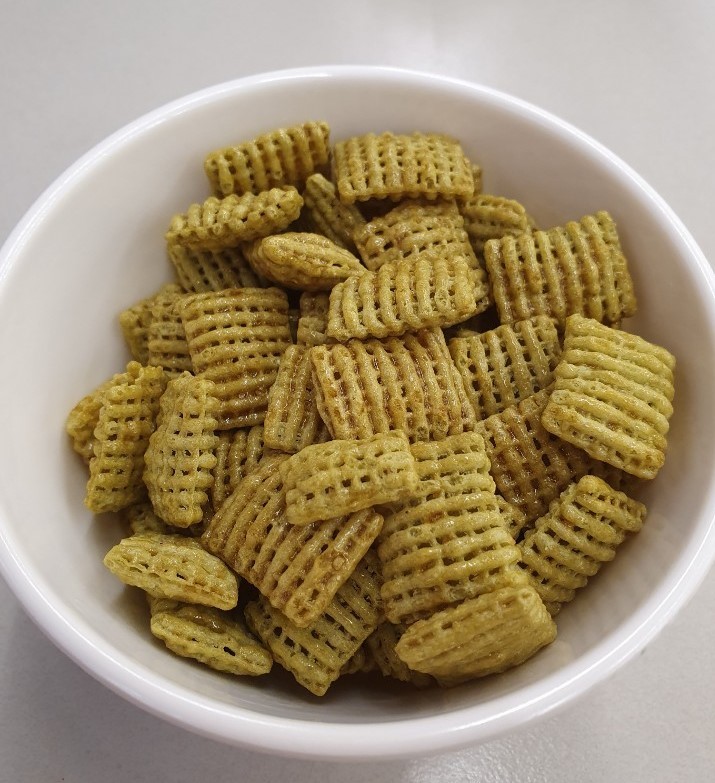 However, tasted on its own, the green colored cereal had little green onion taste and was just sweet and salty. On the box, it says “real green onion included!” but mixed vegetable powder, containing 31.9 percent green onion, makes up only 0.03 percent of the cereal. 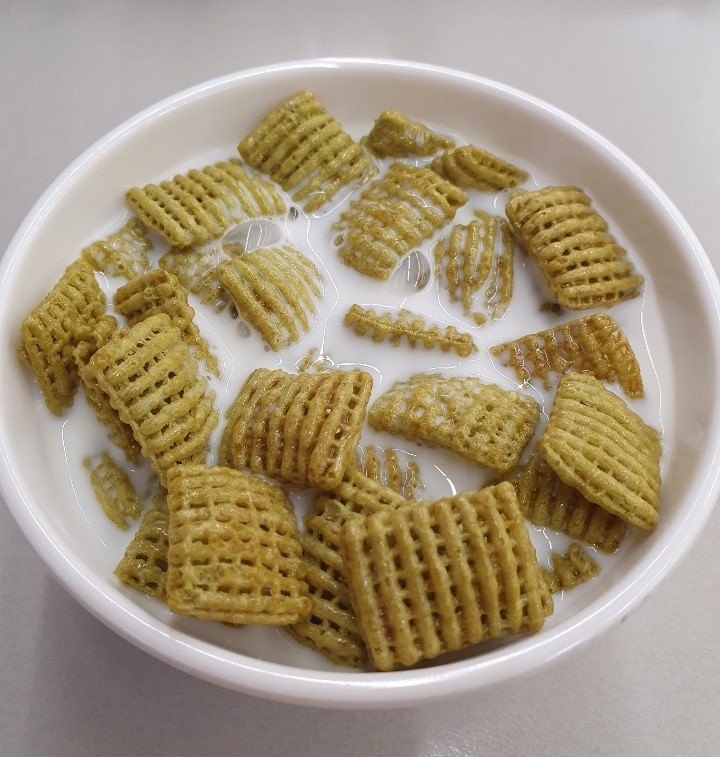 “It’s tasty as a snack by itself, and if you eat it with milk, the milk becomes tastier,” the cereal maker claimed on the back of the cereal box. Eaten with milk, the cereal still didn’t have the bitterness or the spiciness of green onion and tasted like a sweet green cereal aimed at kids. The leftover milk after the cereal was also sweet, but nothing special. 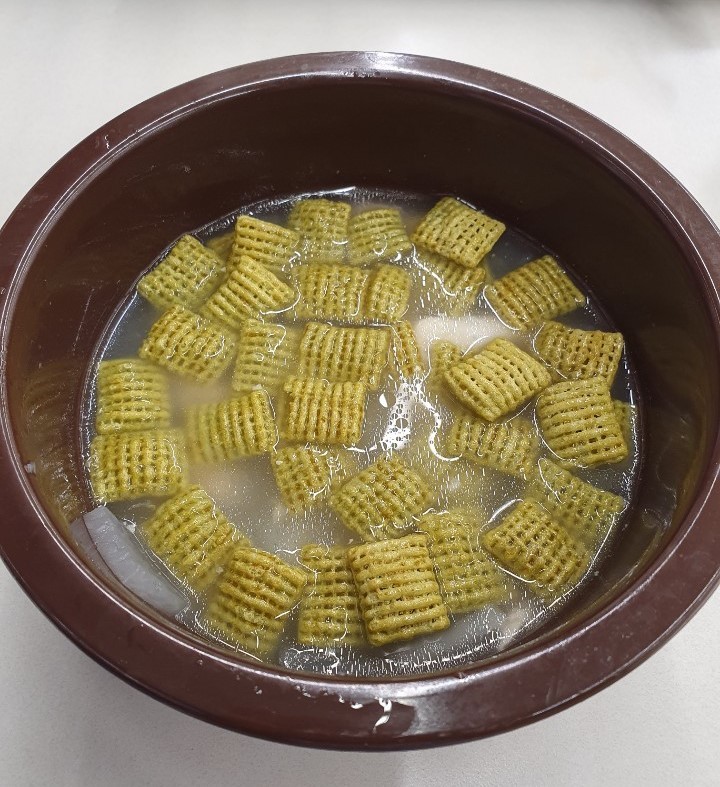 Some people have suggested in the comments that they want to try adding the cereal to popular Korean soups like gomtang (beef bone soup) or seolleongtang (beef brisket soup) which are traditionally eaten with green onion as topping. The chicken gomtang I tried it with only became much sweeter while the cereal pieces quickly became soggy.

Nevertheless, the new attempt by Kellogg Korea, fulfilling its 16-year-old promise and bringing justice to democracy, is laudable, and many consumers curious what Chex Green Onion taste like will want to try the product during the limited time event.