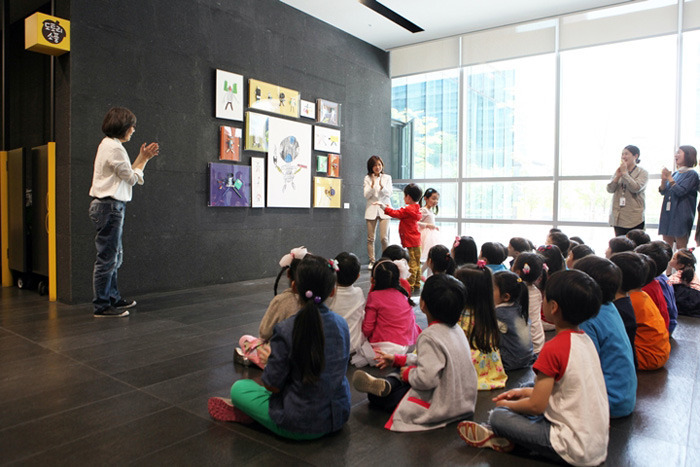 South Korea’s brightest IT minds are gathering to Pangyo Techno Valley -- a tech hub modeled after Silicon Valley in the US -- not only because of its vicinity to Seoul but also because of its culture that seemingly respects work-life balance, something rare among traditional big companies.

The phenomenon is attributed to the rise of IT powerhouses that have nestled in Pangyo, as well as the changing perception of success among the younger generation, industry watchers say. Working long hours at the expense of their private lives no longer serves their career purpose, they explain.

“Korean millennials can’t expect promotions and higher salaries like their previous generations did because they literally have so much competition. In 1990, the number of people aged 31-49 was about 12 times that of 30-year-olds. Now, that figure has grown to 25 times. Due to the fierce competition, millennials have a different concept of success,” said Cho Young-tae, professor of health demography at Seoul National University.

The widespread notion that IT companies provide high salaries and work-life balance has consequently become appealing to those seeking career jumps. These companies have also been aggressively recruiting promising talents.

Most recently, hundreds of experienced workers including those from the country’s biggest conglomerates Samsung, Hyundai, SK and LG were said to have applied for positions at Naver Financial, a Pangyo-based subsidiary of Korea’s largest portal operator, after it posted some 50 job openings for a month since May 15, according to industry sources.

In response to such a trend, there have been some traditional firms such as Hyundai Heavy Industries and SK Chemical that are joining the Pangyo cradle by building research and development centers there.

To understand just how these tech companies are in tune with the demands of their employees, The Korea Herald looked into their welfare services that stand out. 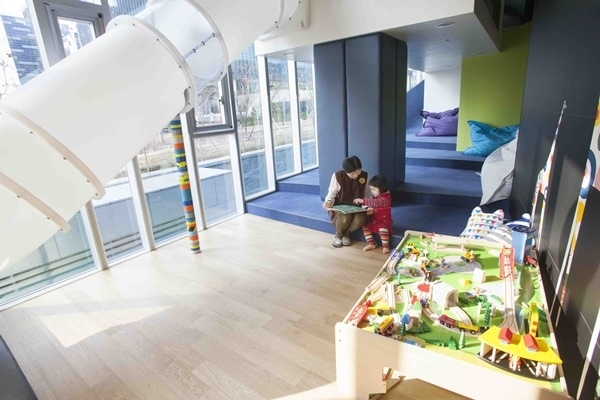 Nexon, South Korea’s No.1 game company with revenue of 2.6 trillion won ($2.1 billion) last year, currently runs four Acorn Picnic day cay centers that can accommodate a total of 250 children below the age of 5 from 8 a.m. to 9:30 p.m., allowing working couples to solely concentrate on their work.

“The day care centers have received ratings above 4.5 out of 5 from parents. When application begins every September, employees expecting a child as well as unmarried couples pay keen attention to the facilities,” a company official said.

The day cay centers’ menu is monitored by parents and they can access security cameras if a request is made. 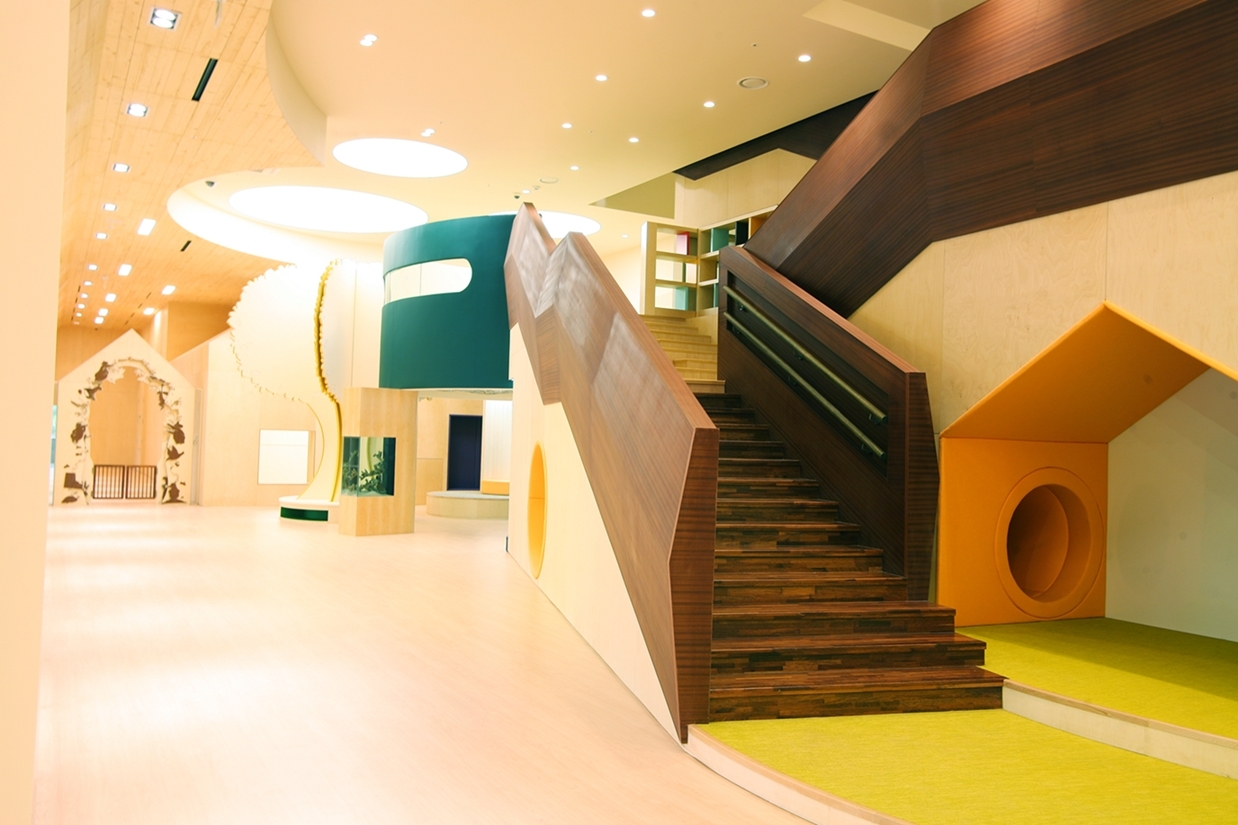 “NCSoft’s Smiling Peanuts received highest grade of ‘A’ from the government’s evaluation on day cay centers,” a company official said. 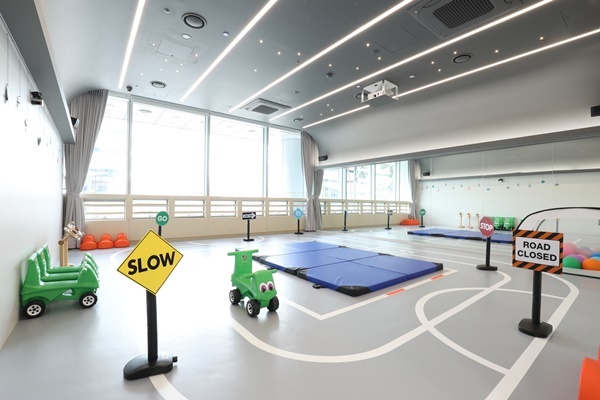 Smilegate's day cay center Smile Story (Smilegate)
“It’s great to go to work and get off work together with my kids and it’s reassuring that Nolyesol day cay center is right next my work place,” a Kakao Games employee said.

“Little Foret can take care of some 70 children below the age of 5 and is designed like a village in a forest to provide a friendly environment for children,” a Krafton official said.


While kids are in the good hands of day cay centers, employees can enjoy beer during work to relax.

According to Krafton, its employee lounge is equipped with a beer refrigerator where employees can grab a beer and chill.

“The refrigerator is stocked with beer brands selected by employees’ votes, including Guinness, Stella, Tsingtao and Asahi,” the Krafton official said.

Kakao Games also has a draft beer dispenser for employees. 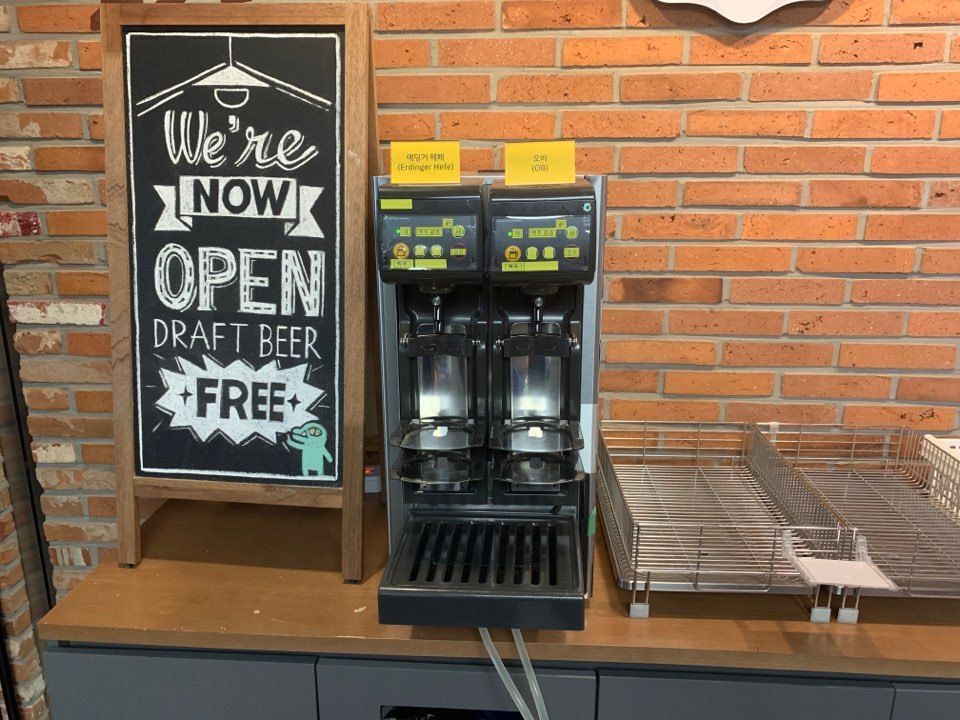 Meanwhile, Kakao Games offers a rather peculiar type of refreshment: a camping trailer. 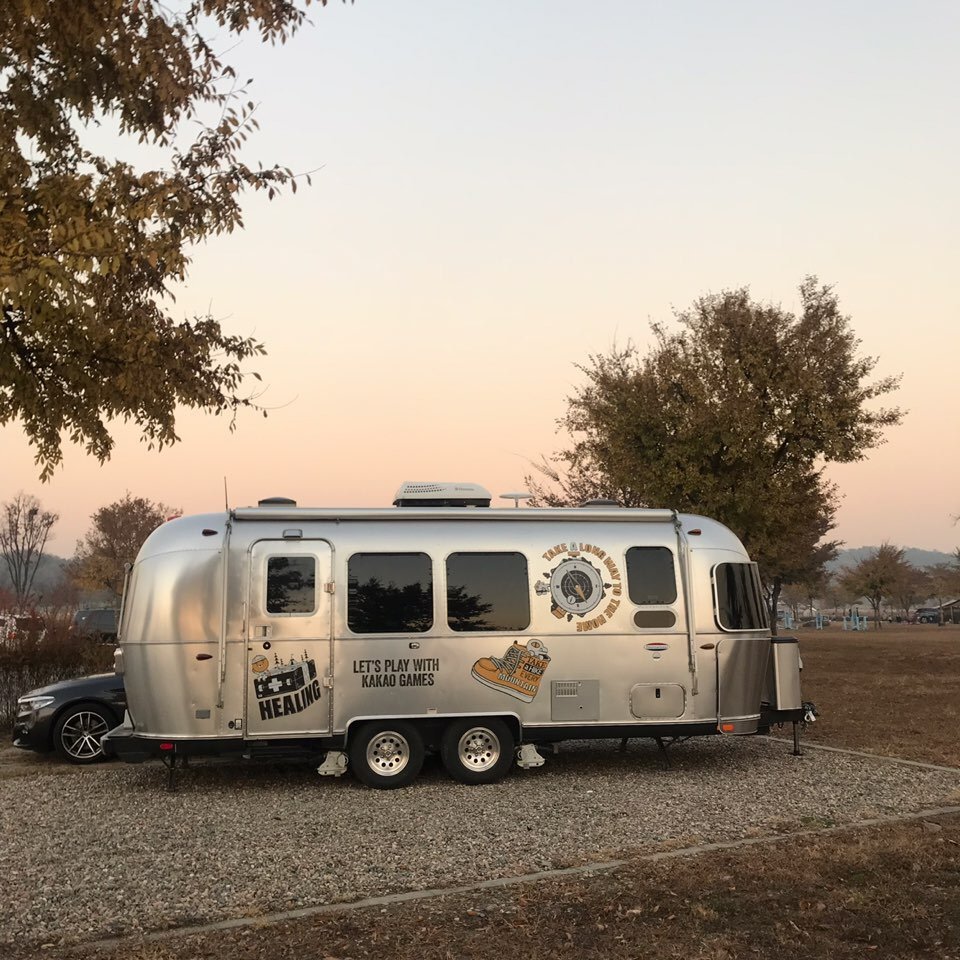 Kakao Games’ camping trailer (Kakao Games)
“Kakao Games employees can rent a camping car for three days and two nights at a designated camping site. All they have to do is go there, as everything they need is prepared: kitchen utensils, outdoor fireplace and even a beam projector,” a company official said.


However, it’s the flexible working hours that differentiate game companies from others.

Korean mobile game company Com2uS with revenue of 469.6 billion won, though located in Seoul, allows employees to split a day’s leave and use it by hour.

Netmarble, another Seoul-based game company with revenue of 2.1 trillion own, designates core working hours and lets employees come in and get off work freely as long as they stay inside the building during the core working hours.

Kakao Games operates one of the most radical flexible working hours system, offering a paid-leave every last Friday of each month.

On top of flexible working hours, game companies even provide homes for employees.

Nexon’s subsidiary Neople, located in Jeju Island, leases apartments to employees who have to move in from other parts of the country. 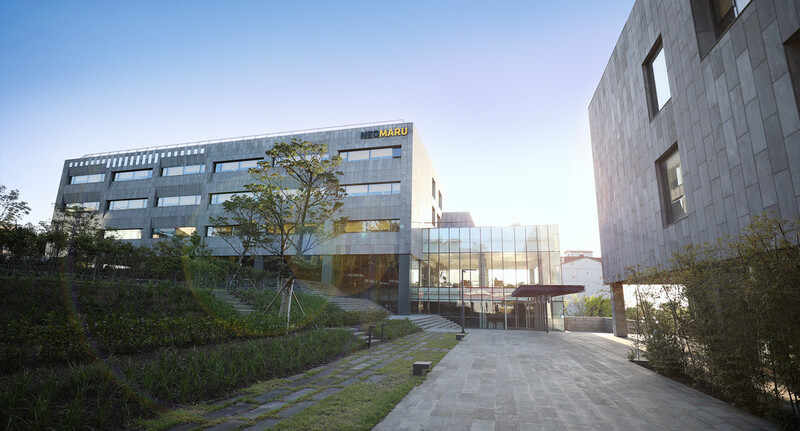 Neople headquarters (Nexon)
“When I had to relocate to Jeju Island, there were so many things to take care of, but housing support solved my biggest worry, which was finding a place to live,” a Neople employee said.

If an employee doesn’t want to live in an apartment, Neople supports the rent of a house of the same size.