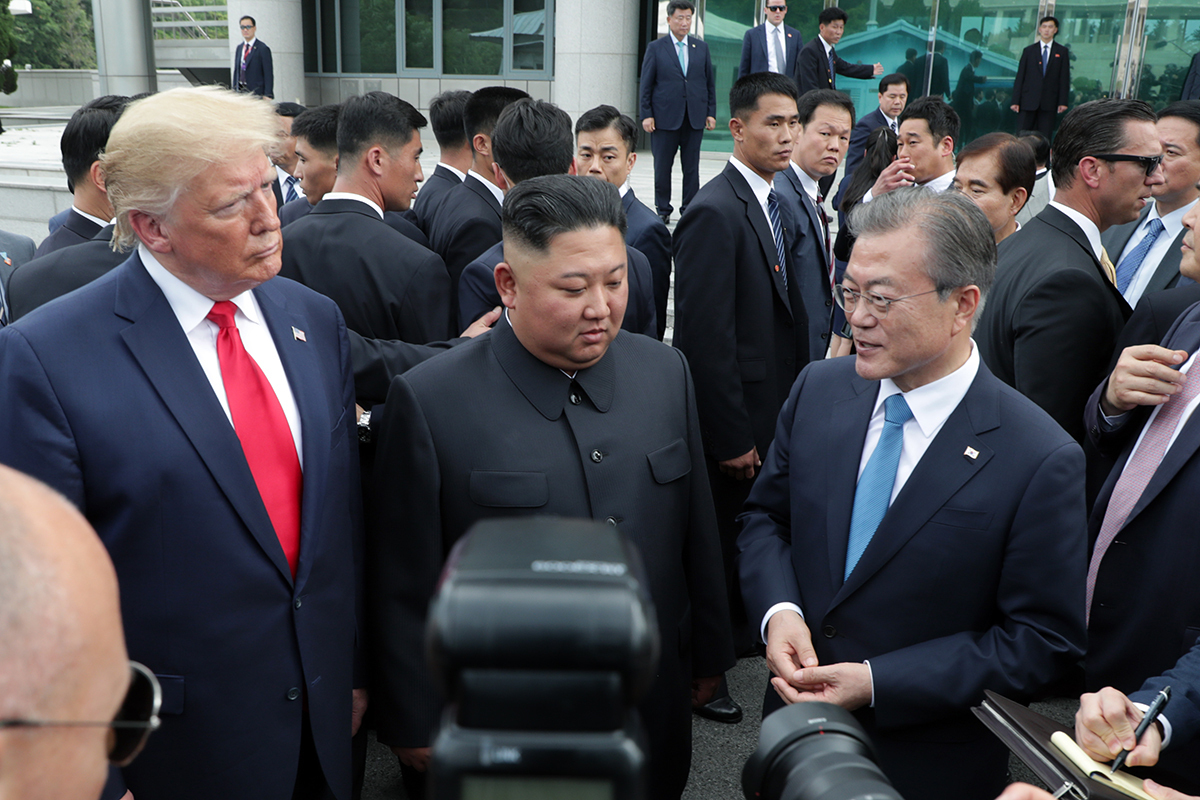 “Former adviser John Bolton describes negotiations between the leaders of Korea and the US, and North Korea and related situations from his point of view. (The memoir) does not reflect accurate facts. Also, the truth is seriously distorted in large parts,” Chung Eui-yong, head of Seoul’s National Security Office, said in a statement.

The statement, revealed to the media through Yoon Do-han, President Moon Jae-in’s senior public relations secretary, was delivered to the US National Security Council on Sunday, according to Cheong Wa Dae.

In the statement Chung said that Bolton violated basic rules of diplomacy, and urged the US government to take appropriate action.

“I hope the US government will take appropriate measures to prevent such a dangerous precedent. Such inappropriate actions could seriously damage the efforts to strengthen the two countries’ security interests.”

In the memoir, titled “The Room Where It Happened,” Bolton gives detailed accounts of US President Donald Trump’s interactions with Moon, as well as developments surrounding US-North Korea dialogue.

In the book, Bolton claimed that Moon focused mainly on furthering his own agenda rather than security goals shared by Seoul and Washington. The book also reportedly claims that Moon insisted he accompany Trump to his meeting with North Korean leader Kim Jong-un at the border village of Panmunjom, against the wishes of both the US and North Korea.

Trump and Kim met at the border village on June 30, 2019. Trump became the first sitting US president to set foot on North Korean soil. Bolton also reportedly referred to Moon’s actions regarding North Korea as “schizophrenic.”

The book also claims that Moon conceded that South Korea could cooperate with the Japanese military in case of a conflict with North Korea as long as Japanese troops do not land on South Korean soil.

In addition to Chung, the presidential office condemned Bolton, saying he distorted the dialogue between the South Korean and US leaders based on his “biases and preconceptions.”

Speaking on condition of anonymity, a senior Cheong Wa Dae officials said that Chung made the statement as he has worked as Bolton’s counterpart, and the book includes conversations he had with Bolton.

The official, however, declined to comment on specific claims made in the book, saying that discussing events mentioned in the book would be inappropriate.

Regarding the steps Chung hopes the US government will take, the official said that the measures are up to the US but that they could relate to false information included in Bolton’s book, and any secrecy clauses Bolton may have violated.

Regarding the use of the term “schizophrenic” in describing Moon’s approach to North Korea, the official said that perhaps Bolton has such tendencies.