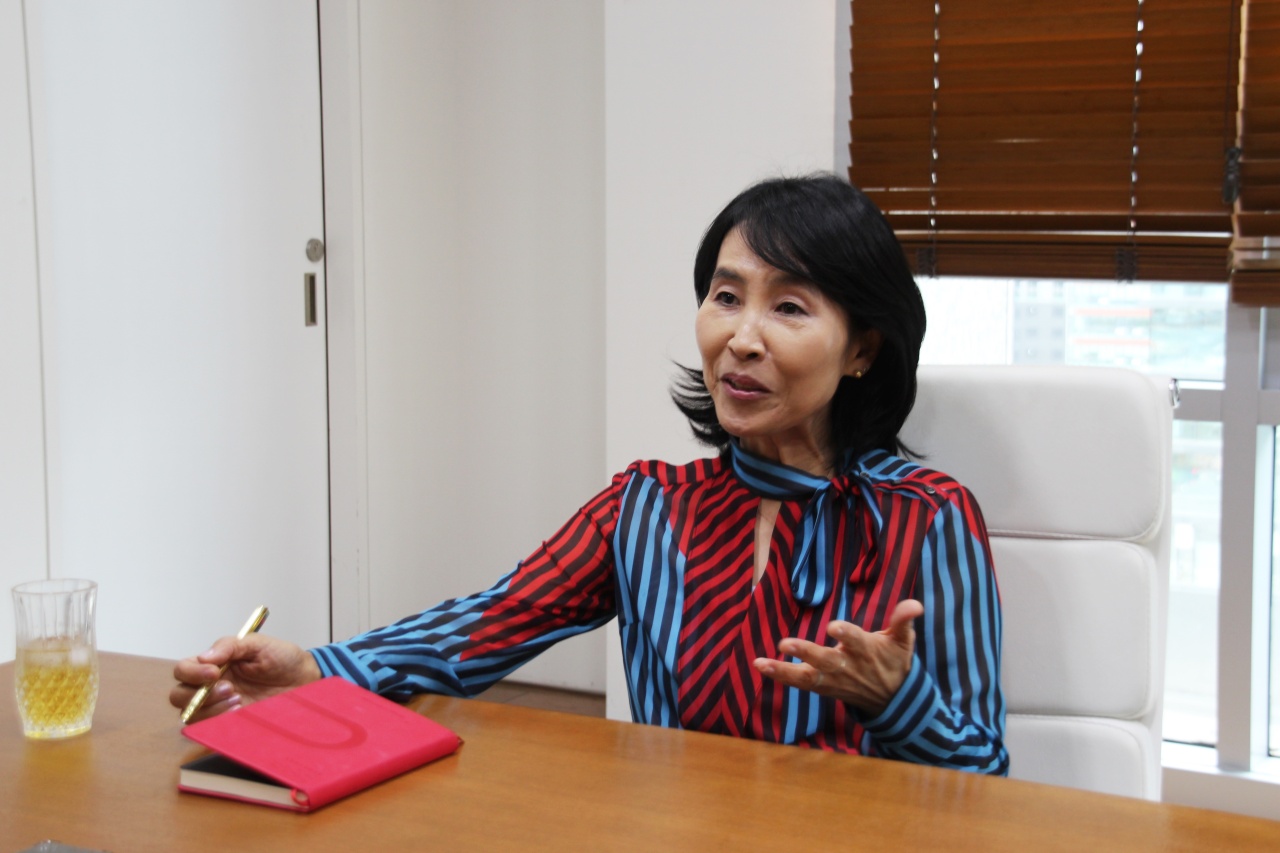 Her journey as a professor of pathology at Samsung Medical Center to head of a cord blood stem cell research company at the age of 37 came with prejudices, challenges and pitfalls, but also with encouragement, conviction and immense potential.

Cord blood is that inside the umbilical cord that connects the baby and mother, and can be ethically, and legally, procured after a baby’s birth. Despite containing one of the most potent types of stem cell and possibilities for vast medicinal repurposing, cord blood has often been discarded due to a lack of technology to refine it, Yang said.

In 2000, the concept of processing raw cord blood for stem cell therapies was still in a nascent stage across the world.

Soon Yang came to realize that research on cord blood should be approached commercially rather than academically to fast-track the development of consequential treatments.

The conviction was supported by her colleagues, and further fostered by a nationwide boom in startups.

Medipost humbly started out in a rented laboratory of a Doosan Group research facility in Yongin, Gyeonggi Province, on June 26, 2000.

Medipost now operates from a 14-story self-owned building in the biocluster of Pangyo, Seongnam in Gyeonggi Province. Some 200 full-time employees work for Medipost, with entities strewn in global locations such as the US, China and Japan.

It has seven subsidiaries, three of which are Medipost America, Shandong Orlife Pharmaceutical and Evastem Corp., located overseas in the US, China and Japan, respectively. 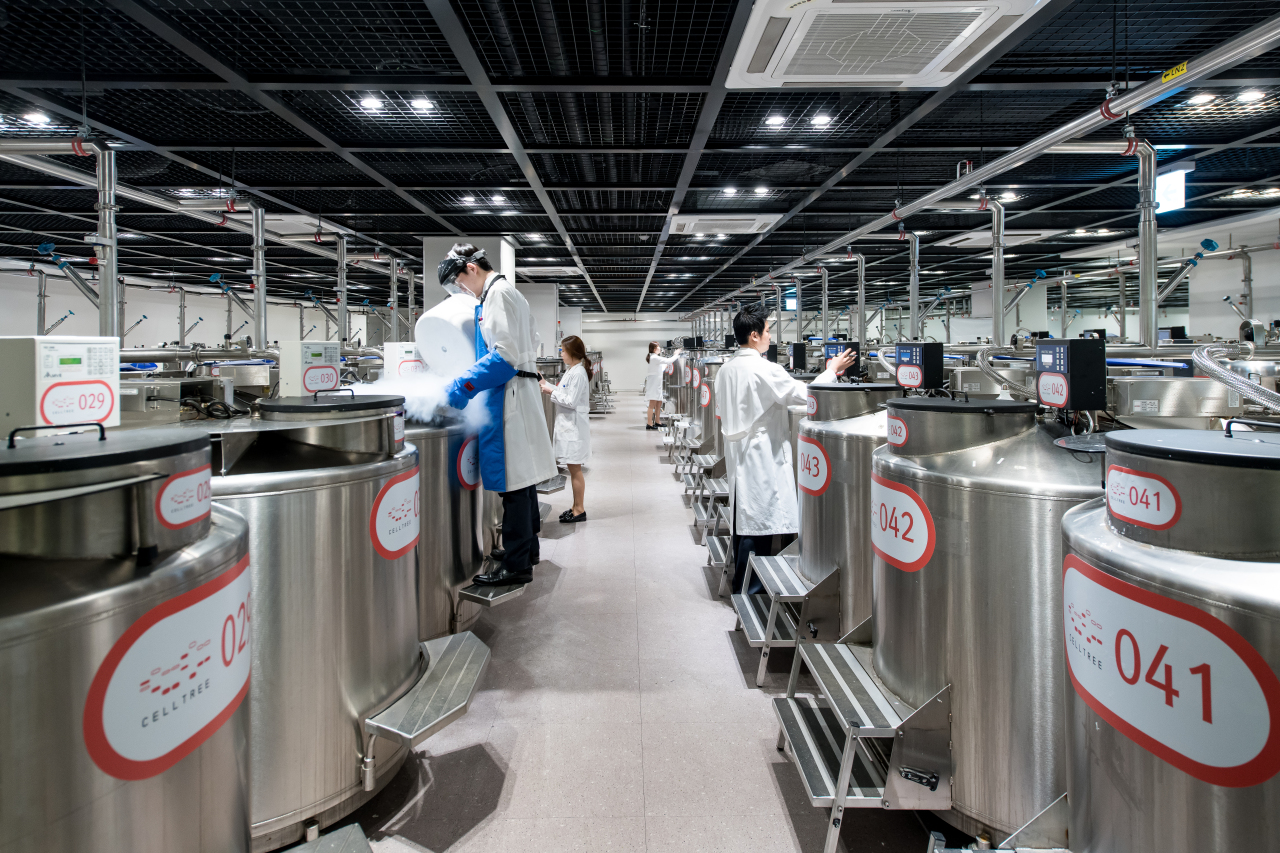 Most recently, “Winter Sonata” actor Choi Ji-woo decided to store the cord blood of her first daughter, whom she gave birth to at age 45.

However, Yang has no regrets.

“As for me, every step was an unexpected challenge and overcoming each hardship taught me to be prepared for anything to maintain business stability,” Yang said in an interview with The Korea Herald.

If the baby’s cord blood is used to treat the same baby, it would be called an autologous therapy. If used for another family member, that is an allogenic therapy.

Cartistem, an allogenic osteoarthritis treatment that was approved by the local Drug Ministry in 2012, is the next biggest contributor to Medipost’s business growth, as well as a balm to the knee problems of seniors. 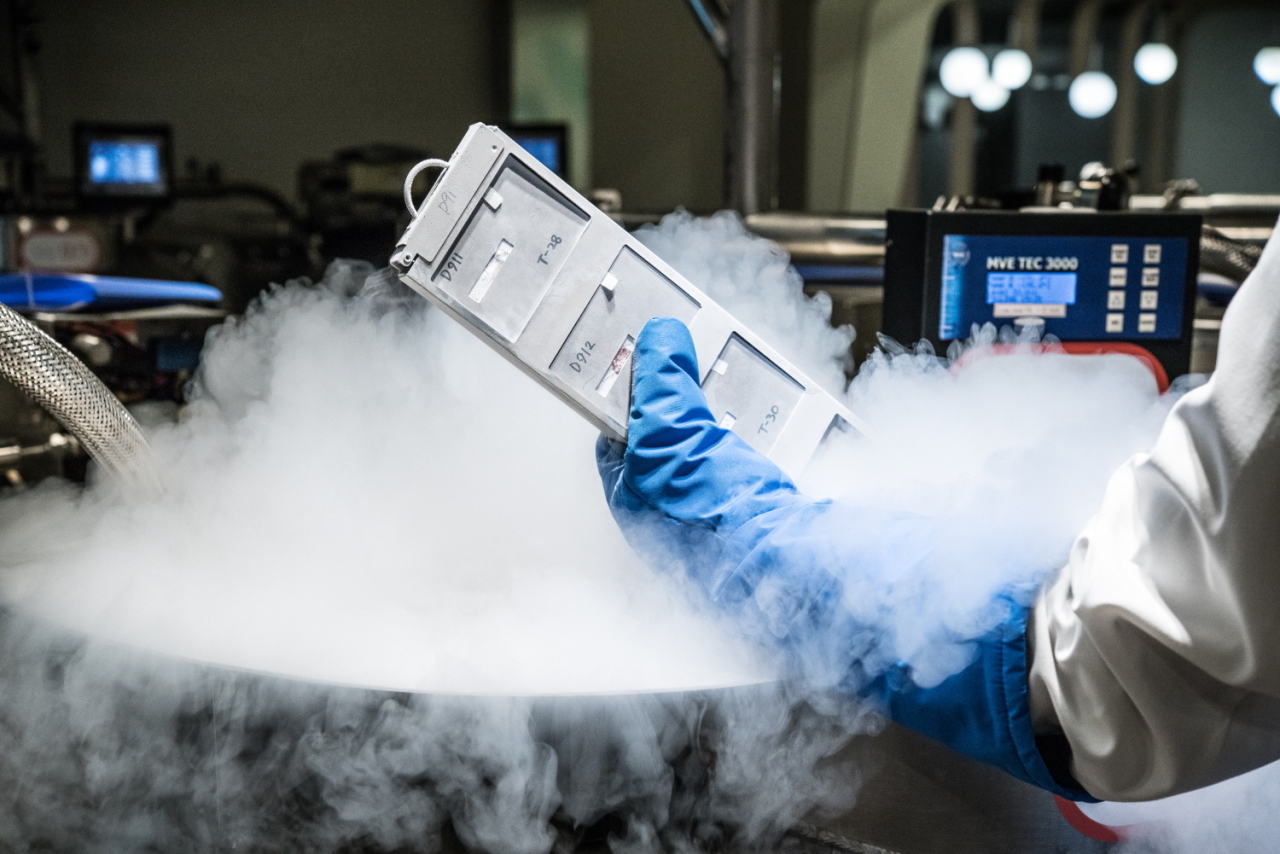 Cartistem is a stem cell therapeutic agent for cartilage regeneration crafted from Medipost’s pool of research-purpose cord blood. Once surgically applied to the affected region, the drug has been successful in triggering regrowth of knee cartilage in 98 percent of the 103 patients treated in clinical phase 3 trials.

Medipost counts over 16,000 patients who have so far benefited from the use of Cartistem in the eight years the drug has been in service. It is prescribed at some 550 hospitals here.

The therapy has currently finished clinical phase 1 and 2a trials in the US to launch there, and is pending phase 2 clinical trials in Japan with aims to start tests in July. As it would require a great volume of funding to carry out wide-scale clinical phase 3 trials in the US, it might be Japan where Cartistem launches first, Yang said.

SK Bioland, an SK Group subsidiary, in-licensed Cartistem’s indication for ankle joint inflammation at end-2019 to carry out clinical phase 3 trials and have full domestic rights to the drug’s use for ankle therapy.

Pneumostem is undergoing clinical phase 2 trials in Korea and has completed phase 1 and 2 clinical trials in the US. It has been designated by the US Food and Drug Administration and the European Medicines Agency as an orphan drug, granting it government assistance as it would otherwise prove unprofitable due to its limited scope, and it has the FDA’s “fast track” designation. Once its efficacy is proved, it may attempt to expand Penumostem’s indications to other forms of lung inflammation, including COVID-19, Yang said.

Neurostem is a proposed Alzheimer’s disease stem cell therapy. It is believed to promote the degradation of beta-amyloid, and accumulation in the brain is believed to cause Alzheimer’s-type dementia. The pipeline has completed phase 1 and 2a clinical trials in Korea, and has been cleared for the FDA’s phase 1 and 2 investigational new drug application.

SMUP-Cell, an injectable type innovative knee joint treatment, saves patients the trouble of undergoing intrusive surgery. Medipost has finished administrating the cell therapy to the first round of clinical phase 1 trials and has begun the five-year tracking of patients’ progress. If the drug makes it to commercial stage, it would be a groundbreaking solution for patients of joint inflammation who are in pain, but not at the stage yet to go under the knife.

At its basement in Pangyo, Medipost has enough space to install more cord blood tanks to last the next 20 years.

“Our only goal should be to provide stem cell regenerative therapy to patients whose predicament previously had no life-extending solution. If we save one patient -- while to us it may just be one person, it is 100 percent to the patient themselves. That is our step-by-step approach,” said Yang.