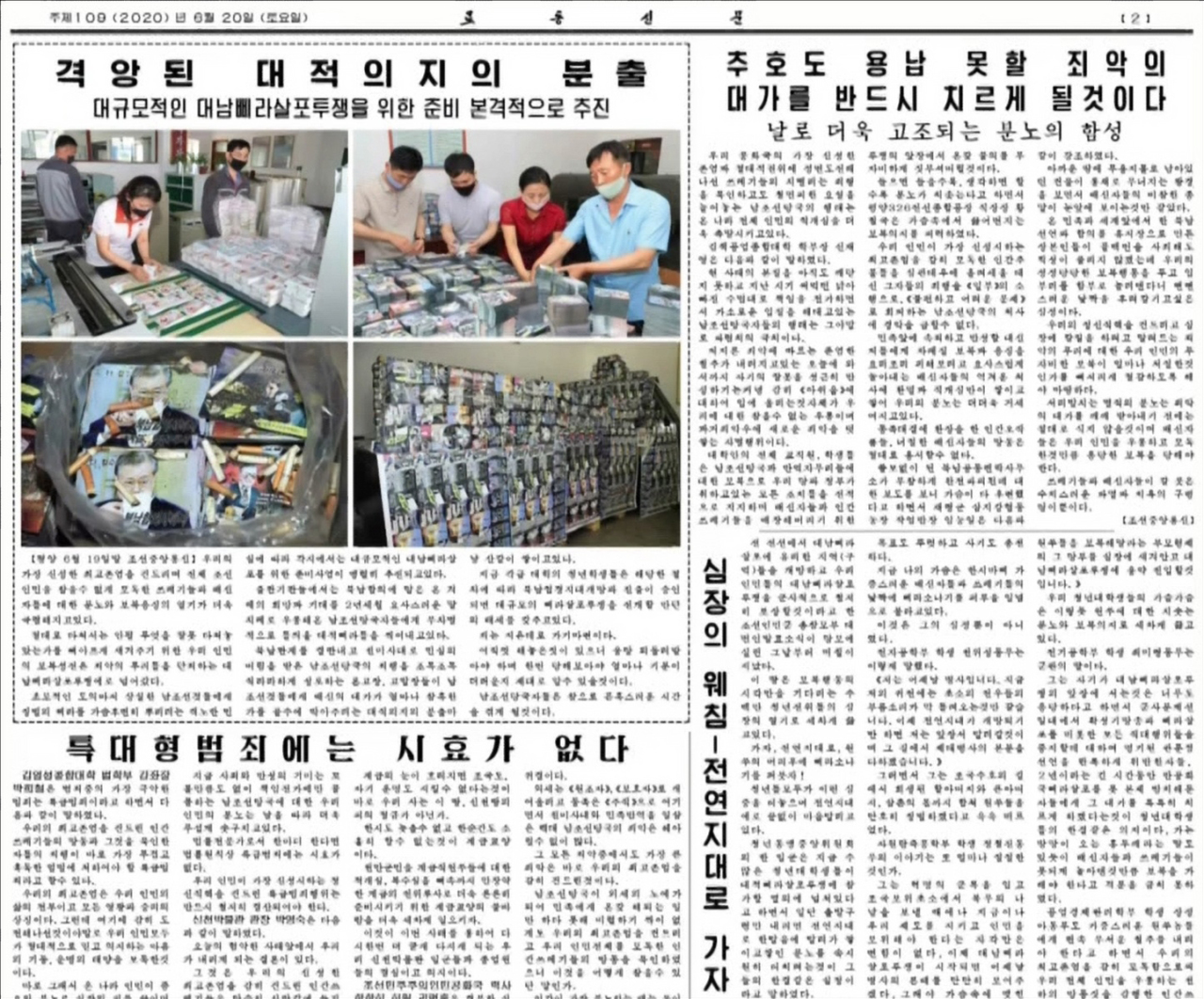 (KCTV-Yonhap)
North Korea said Sunday that it has no intention to cancel its plan to send anti-South Korea leaflets across the border, calling an inter-Korean agreement that bans such activity "a dead document."

On Saturday, the North's state media said Pyongyang was printing anti-Seoul propaganda materials in large numbers and preparing to send them across the border. South Korea's unification ministry expressed regret and urged Pyongyang to withdraw the plan immediately, calling it a violation of an inter-Korean summit agreement.

"We, clearly aware that leaflet scattering is the violation of the North-South agreement, do not have any intent to reconsider or change our plan at a time when the North-South relations have already been broken down," a spokesman for the North's United Front Department (UFD), said in a statement carried by the Korean Central News Agency.

"The South Korean authorities must no longer talk about the agreement that has been already reduced to a dead document," the spokesperson added. Sending propaganda leaflets into the South is one of retaliatory measures the North has vowed to take in response to anti-Pyongyang leaflets that defectors in the South fly via large balloons into the North.

North Korea has called South Korea an "enemy" and vowed cut off all cross-border communication lines in anger over the leafleting issue. Last week, it even blew up a joint liaison office in its border town of Kaesong opened as a result of a 2018 summit between their leaders.

The North has bristled at South Korea failing to stop defector groups and other activists from sending propaganda leaflets criticizing its leaders.

The South Korean government has sought to legislate a ban against leafleting and filed a criminal complaint against two defector groups engaging in such activity. The North, however, criticized Seoul for moving too late and coming up with "little more advanced excuses."

"Before belatedly touting violation and principle, they should have looked back on who perpetrated first and connived at acts that lighted the fuse of the North-South conflict and who deteriorated the situation to the catastrophe," the UFD spokesperson said.

"When they are put in our shoes, the South Korean authorities will be able to understand even a bit how disgustedly we looked at them and how offending it was for us," the official added. (Yonhap)