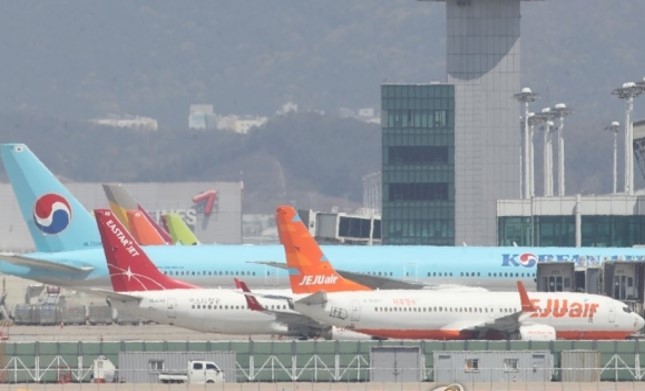 (Yonhap)
South Korea’s full service airlines have decided to extend the validity of their mileage points by one year as customers are finding it difficult to use them amid the virus pandemic, officials said Thursday.

Korean Air and Asiana Airlines decided to extend the validity period that expires on January 1, 2022, after consultation with the Fair Trade Commission and the Ministry of Land, Infrastructure and Transport.

The move comes after persistent criticism that the expiration is unfair as the use of mileage points has become impossible due to the pandemic. International flights plunged 96 percent as of the second week of June on-year after entry into other countries was restricted.

Local airlines revised their terms and conditions in 2008 and established a mileage validity period for 10 years. Accordingly, around 400 billion won ($330 million) worth mileage points were going to expire if they are not used by the end of this year.