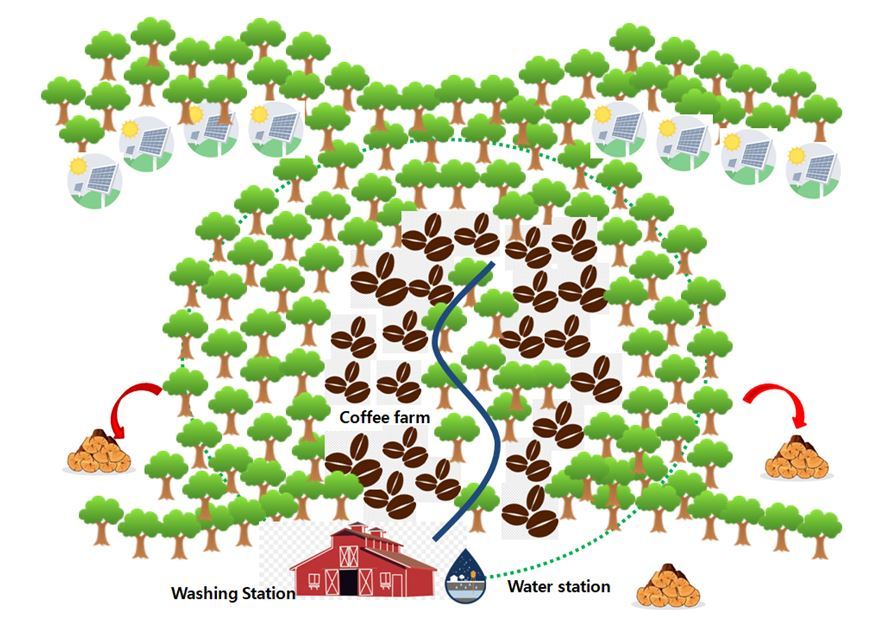 A diagram of P4G partnership project that aims to mitigate climate change through forests and propose a sustainable regional development model (KFS)
The Korea Forest Service has been expanding collaboration with Ethiopia to restore degraded forests and facilitate cooperation among ethnic groups in conflict regions through sustainable agroforestry.

The latest event was a launch ceremony held on Wednesday for a book “Re-greening Ethiopia” co-published by KFS and the Environment, Forest and Climate Change Commission, a federal institution of Ethiopia.

During the event, a memorandum of understanding was also signed for P4G, the Partnering for Green Growth and the Global Goals 2030. It is an initiative with 12 middle-power partner countries including Denmark and South Korea. P4G aims to mitigate climate change and foster sustainable growth by promoting world-class forums that drive public-private partnership development, according to the KFS.

Since September 2019, KFS planned and developed a forest restoration partnership project in Ethiopia. On March 10 this year, the project was selected by the P4G Secretariat as one of the “Start-up Partnership” projects of the year.

The partnership project is also a pilot project for Peace Forest Initiative that will contribute in revitalizing the local economy and securing regional peace by restoring degraded forests and promoting fair trade of eco-friendly coffee.

Ethiopia’s most prestigious “Specialty Coffee” is cultivated slowly under the shade of large trees in mixed forests, not in large agricultural plantations. This method allows the coffee to develop its uniquely deep flavor and fragrance.

“It is meaningful that we are taking the first step of the Peace Forest Initiative in Ethiopia, the only African country that sent ground forces troop as reinforcement during the Korean War, to enhance peace and trust between multiple ethnic groups of the region,” said Minister Park.

He also expressed his hopes that, “as the title of the book Re-greening Ethiopia suggests, South Korea will contribute in restoring Ethiopia’s lush greenness.”