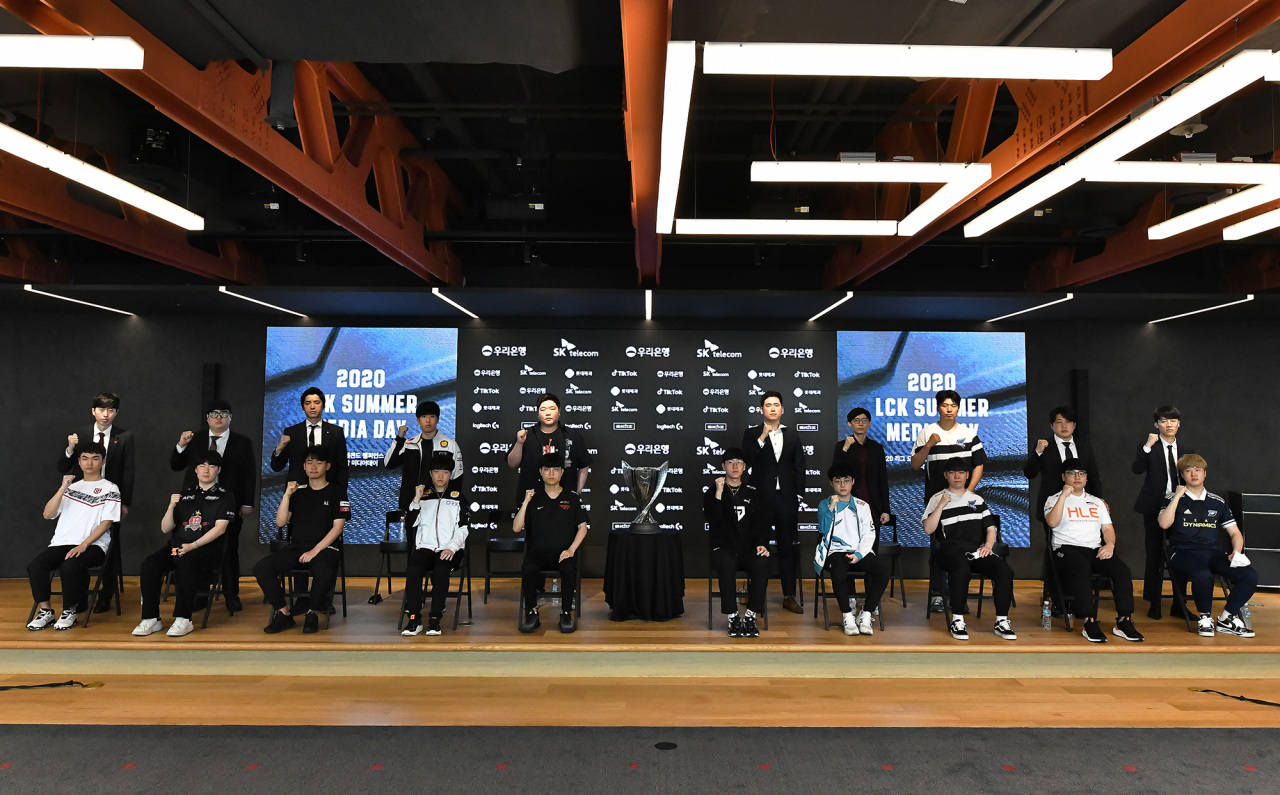 Ten LCK teams gathered Friday to share their resolutions for the summer season. (Riot Games)
The 2020 League of Legends Champions Korea Summer season will start Wednesday with its opening match.

CGV, South Korea’s largest multiplex chain, will screen the competition on 22 screens across the country at its ScreenX theaters. ScreenX theaters have multiple screens, allowing the main screen to show the match while side screens show game data and analysis.

Fans watching at CGV will get vouchers that can be used to purchase in-game items such as emotes and character skins.

“We hope to provide a unique experience to the audience with the synergy between ScreenX and esports,” said the head of CGV’s alternative content team, Park Joon-gyu.

Ten LCK teams will vie for the ticket to the World Championships in the fall. LCK previously announced that the matches would be played without an audience at the LCK Arena at LoL Park in central Seoul due to risks of the spread of COVID-19.