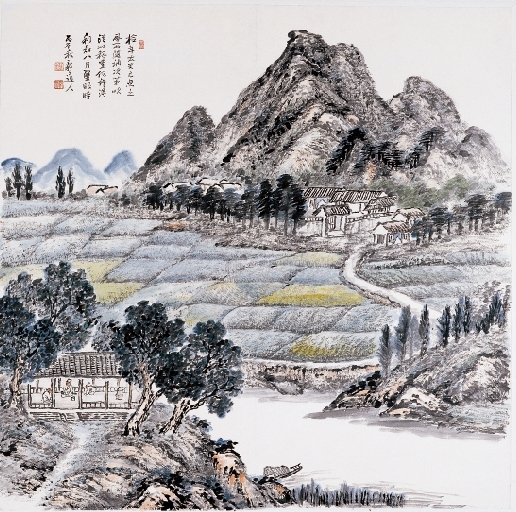 "Expectation of a Good Harvest” by Huh Baek-lyun(Uijae Museum of Korean Art)
The following is part of a series that explores museums dedicated to Korea’s well-known contemporary artists that bear their name. --Ed.

If you walk up Mudeungsan in Gwangju, you will encounter the Uijae Museum of Korean Art, which sits on the mountain slope and blends in harmoniously with the scenery.

The museum is dedicated to Huh Baek-lyun, the master of Korean literati painting who also went by the pseudonym Uijae. Huh is known as Korea’s last modern literati painter.

Born in 1891, he developed an original style that built on the work of Joseon-era painters Gim Jeong-hui (1786-1856) and Huh Ryun (1809-1892). Influenced by the Southern school of Chinese painting, Korean traditional literati paintings are composed of India ink and pigments mixed with gelatin. 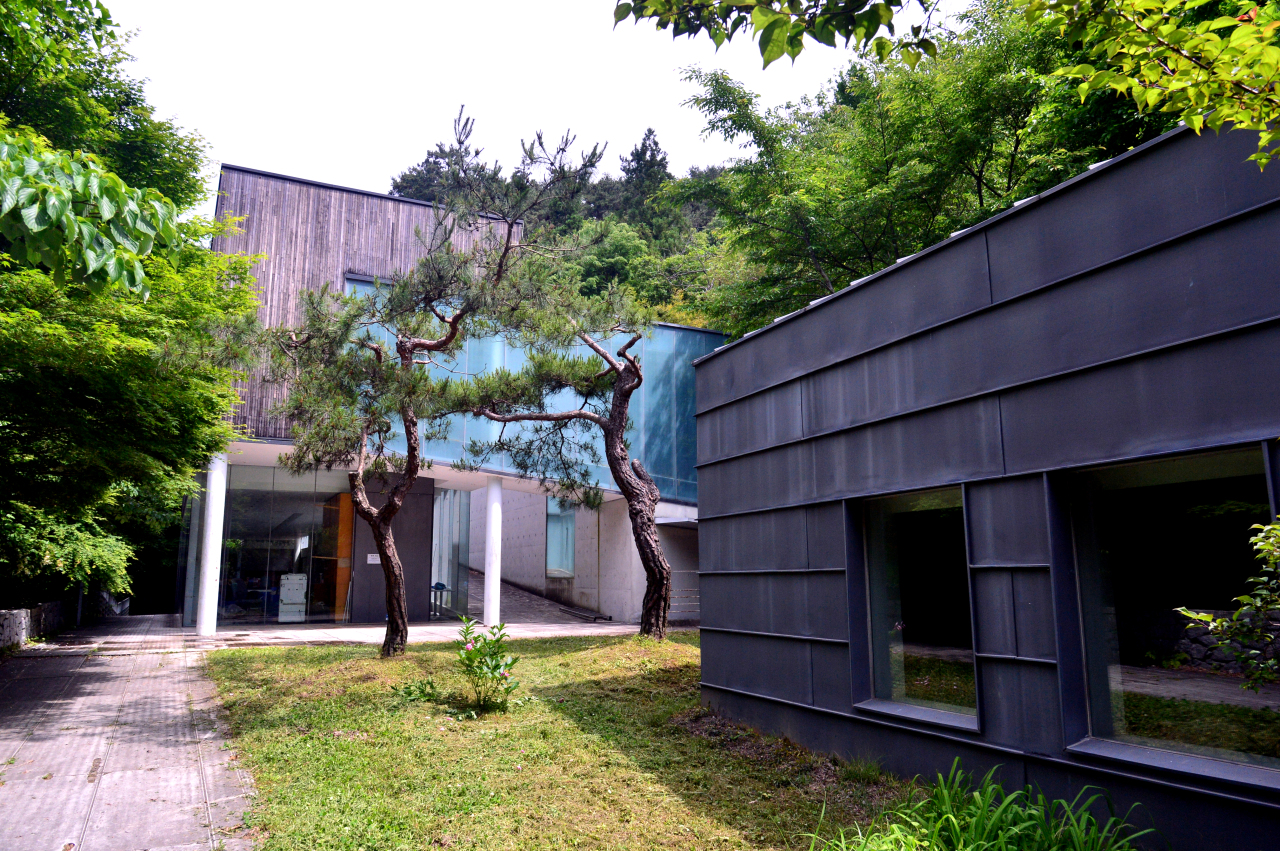 Uijae Museum of Korean Art in Gwangju (Park Hyun-koo/The Korea Herald)
While professional painters of the Joseon era -- who were usually hired to draw portraits of bureaucrats -- were only required to know drawing techniques, literati paintings expressed a painter’s thoughts and what came to mind after reading literary works such as poetry.

The spirit of Huh lives on in his grandson, Huh Dal-jae, who has developed his own style of contemporary literati painting based on what he learned from his grandfather beginning when he was 5 years old. Dal-jae is the president of the Uijae Foundation.

Unlike contemporary paintings, which are mostly influenced by the West, Korea’s traditional literati paintings in particular value the artist’s personality, as they are the result of the artist’s imagination, Dal-jae told The Korea Herald on May 27 in an interview at his workroom near the museum.

"My grandfather used to stress the importance of disciplining one’s mind because a painting reflects the painter’s character and personality,” he said. “He used to tell me that paintings do not lie.” 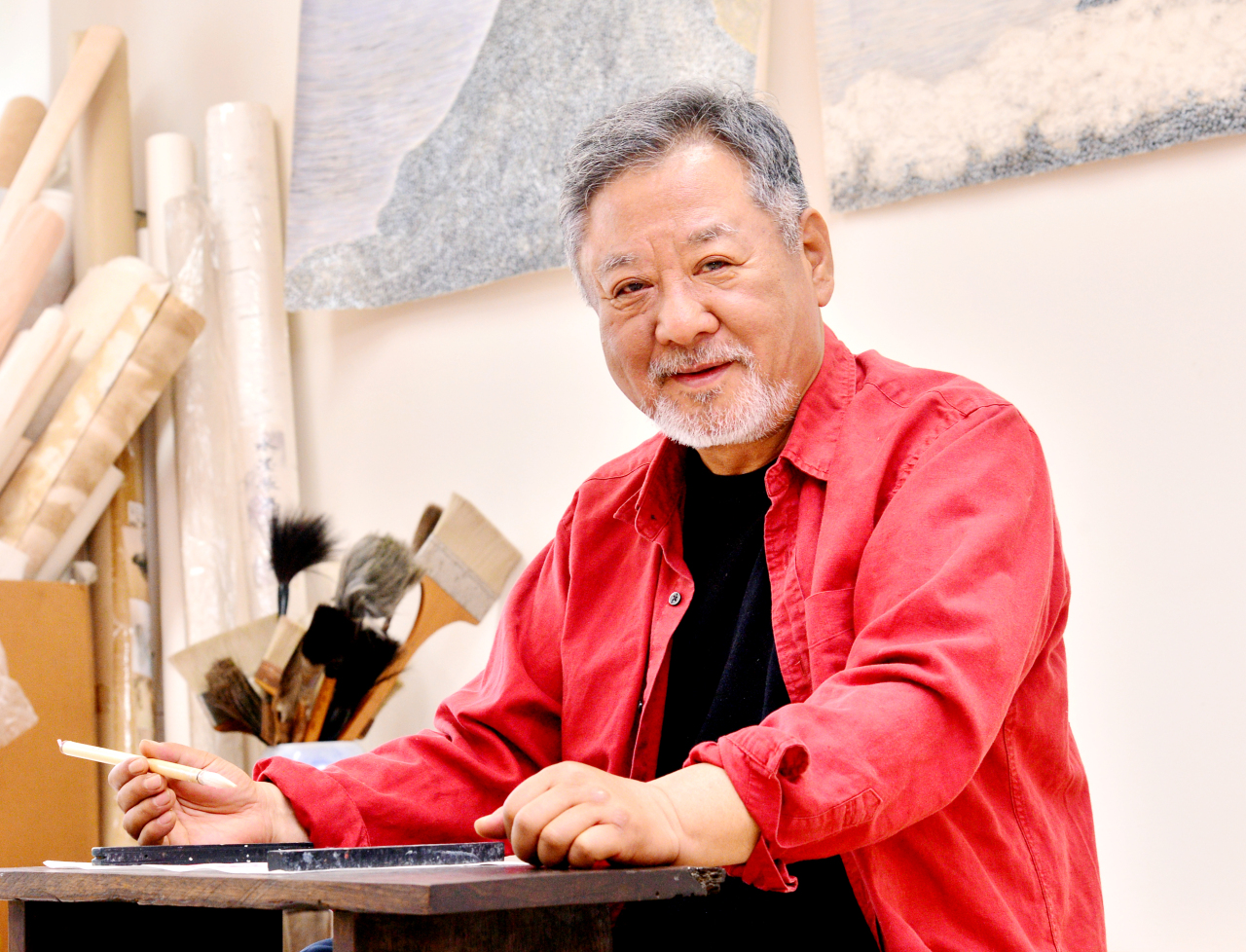 Huh Dal-jae, president of Uijae Foundation and grandson of Huh Baek-lyun (Park Hyun-koo/The Korea Herald)
The artist gives the example of Yi Wan-yong, a Korean statesman who was pro-Japanese and signed the Japan-Korea Annexation Treaty, placing the country under Japanese rule in 1910. Although he is known as an excellent calligrapher, his works are not highly appreciated due to his deeds, he said.
Dal-jae says that when it comes to Korean literati paintings, the dignity of a painting can be felt -- in other words, the dignity of the painter.

After Korea was taken over by Japan in 1910, Huh Baek-lyun went to Japan to study law, but he eventually quit to focus on his career as a painter. After coming back to Korea, Huh settled in Gwangju in 1938. He worked on literati paintings and taught students at Chunseolheon House, located in the forest of Mudeungsan.

The Uijae Museum of Korean Art, founded in 2001, is right next to Chunseolheon House and holds 110 artworks by the artist. Although the museum is currently closed to visitors due to ongoing construction that continues through next year, those who make their way to the mountain may be able to feel the spirit of Huh at Chunseolheon House. 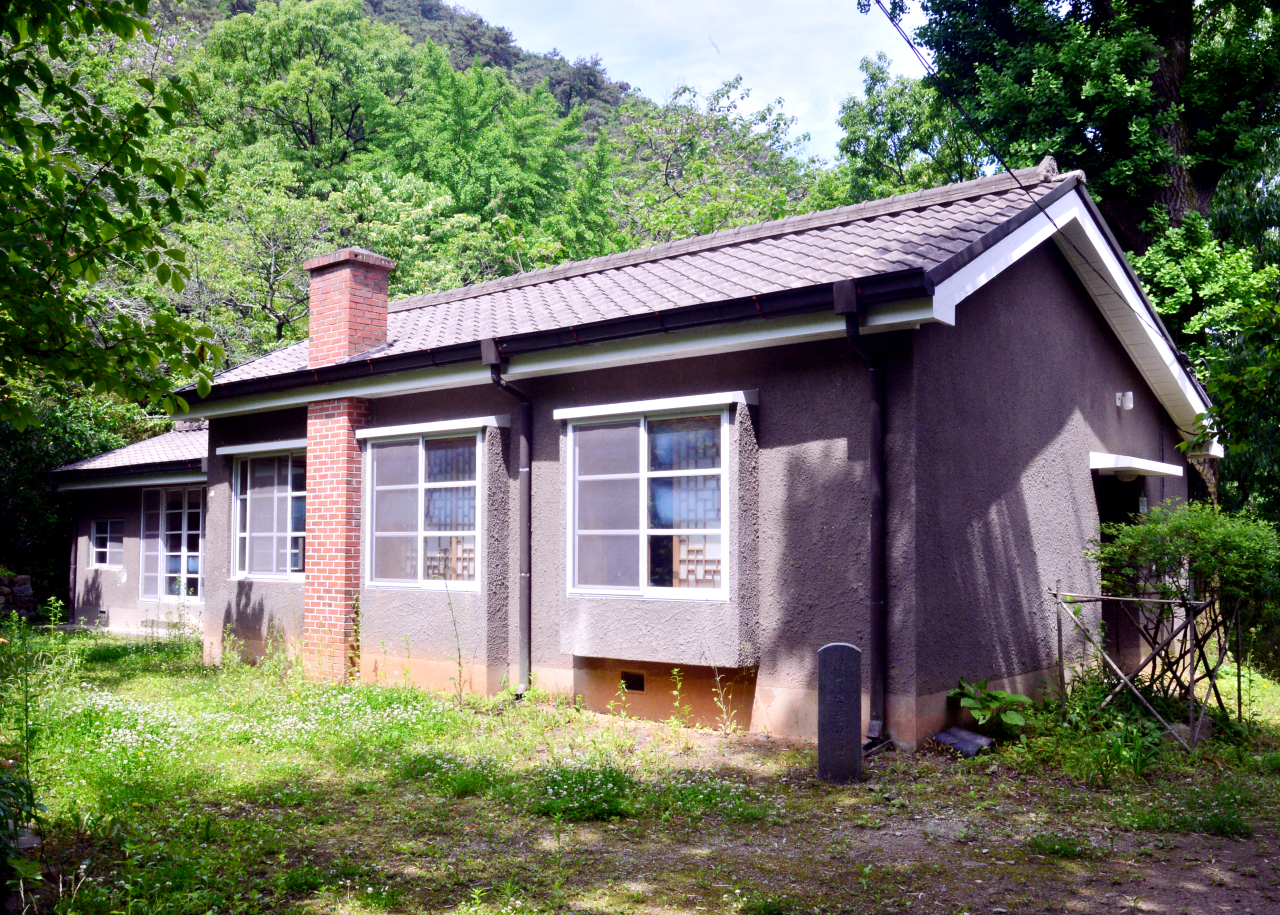 Chunseolheon House (Park Hyun-koo/The Korea Herald)
Huh was not simply a creator of Korean literati paintings. In Gwangju, Huh led a peasant movement after Korea was liberated from Japan in 1945, stressing the importance of self-sufficiency in efforts to prevent intervention by Western powers.

He also cultivated a tea plantation behind Chunseolheon House with the idea that drinking tea helps clear one’s mind and leads to smarter decisions. The “Chunseol tea” from the plantation has become a specialty of the region. 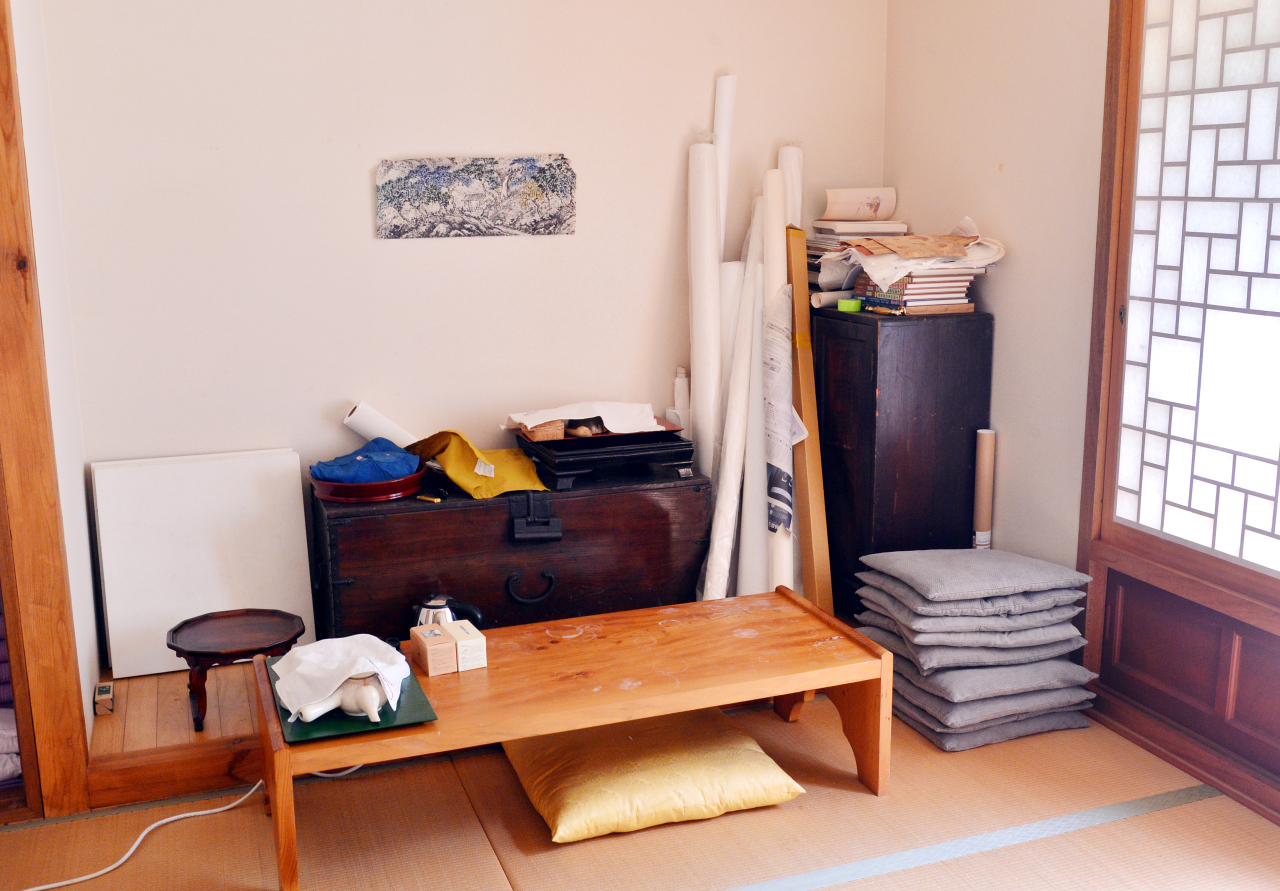 As a successor of the Korean literati painters, Dal-jae says better balance is needed between the West and Asia in terms of what influences the contemporary art world in Korea.

While Asia values philosophy and the discipline of one’s thoughts, the West values practicality, which eventually led to the development of science and economics. While it is ideal to strike a balance between the two cultures, currently the local arts scene is greatly skewed to the West, he said.

"Many people in Korea now appreciate classical music from the West and they neglect gugak, Korean traditional music,” he said. “It is a quite uncomfortable thing for a person like me, who feels the great imbalance between the two cultures.”

"Teapot and Scrolls” by Huh Baek-lyun (Uijae Museum of Korean Art)
Dal-jae has a strong affection for Gwangju, where he grew up and spent his childhood with his grandfather. Although many painters hope their works go on display at the National Museum of Modern and Contemporary Art, Korea, he prefers to keep the masterpieces of his grandfather at home.

"I want to have things that you can only see when you visit the place. It will help people in the region have pride and lure more visitors to the region. If the masterpieces are all in major art institutes, what remains outside of the capital?”