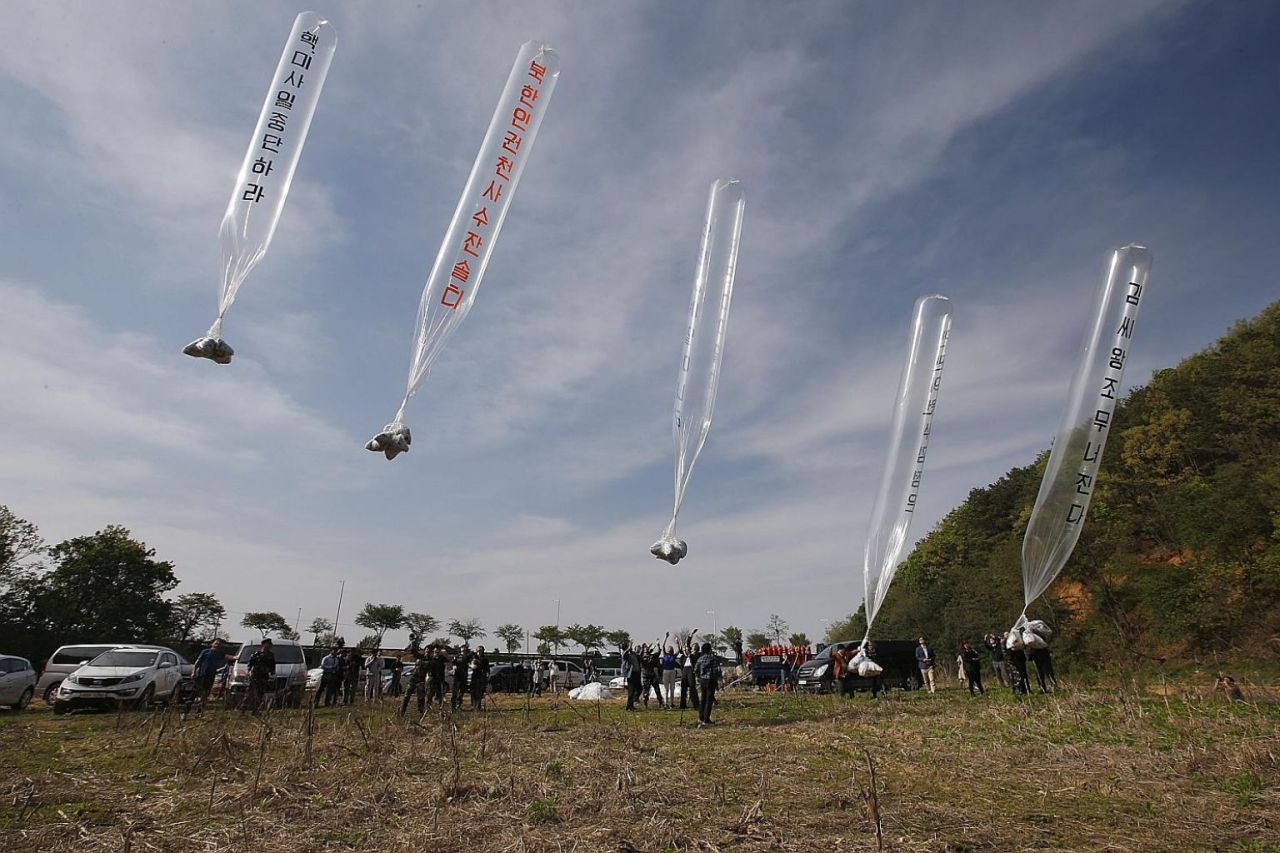 Suh will visit the Ganghwa and Gimpo areas on the country's western border on Tuesday and Thursday, respectively, to take a firsthand look at the preparedness of police and the coast guard to stop North Korean defectors and other activists from sending leaflets into the North, according to the ministry.

"The visits are in line with the government's position that the act of scattering leaflets ... heightens tensions between the South and the North and causes danger to the lives and safety of residents in border regions, and should be dealt with sternly," Yoh Sang-key, the ministry's spokesperson, told a regular press briefing.

North Korea has beefed up its criticism of South Korea, denouncing leafleting as a hostile act that violates a series of peace agreements. Last week, the North vowed to cut off all inter-Korean communication lines in the first in a series of steps it will take against South Korea.

On Saturday, Kim Yo-jong, the powerful sister of leader Kim, ratcheted up tensions further by threatening that it is high time to break with South Korea, and she gave instructions for the army to take necessary measures to punish the South.

South Korea has advised against sending such leaflets, citing concerns about the safety of residents in the regions that could be vulnerable to the North's retaliatory military action. The groups have occasionally ignored the government, saying it is part of their right to freedom of expression.

Seoul plans to legislate a ban on such activity and recently filed a criminal complaint against two defector groups engaging in sending leaflets. Police have also been stationed in border areas to block activity and any possible clashes between activists and local residents.

A defector group is now planning to go ahead with its plan to fly propaganda leaflets via giant balloons across the border on June 25 in time for the 70th anniversary of the outbreak of the 1950-53 Korean War.

Earlier this month, an association of mayors from border areas called on the unification ministry to come up with stricter regulations to stop leafleting, saying that it "crushes the dreams of the people in the border areas hoping to live safely and peacefully without any tensions." (Yonhap)