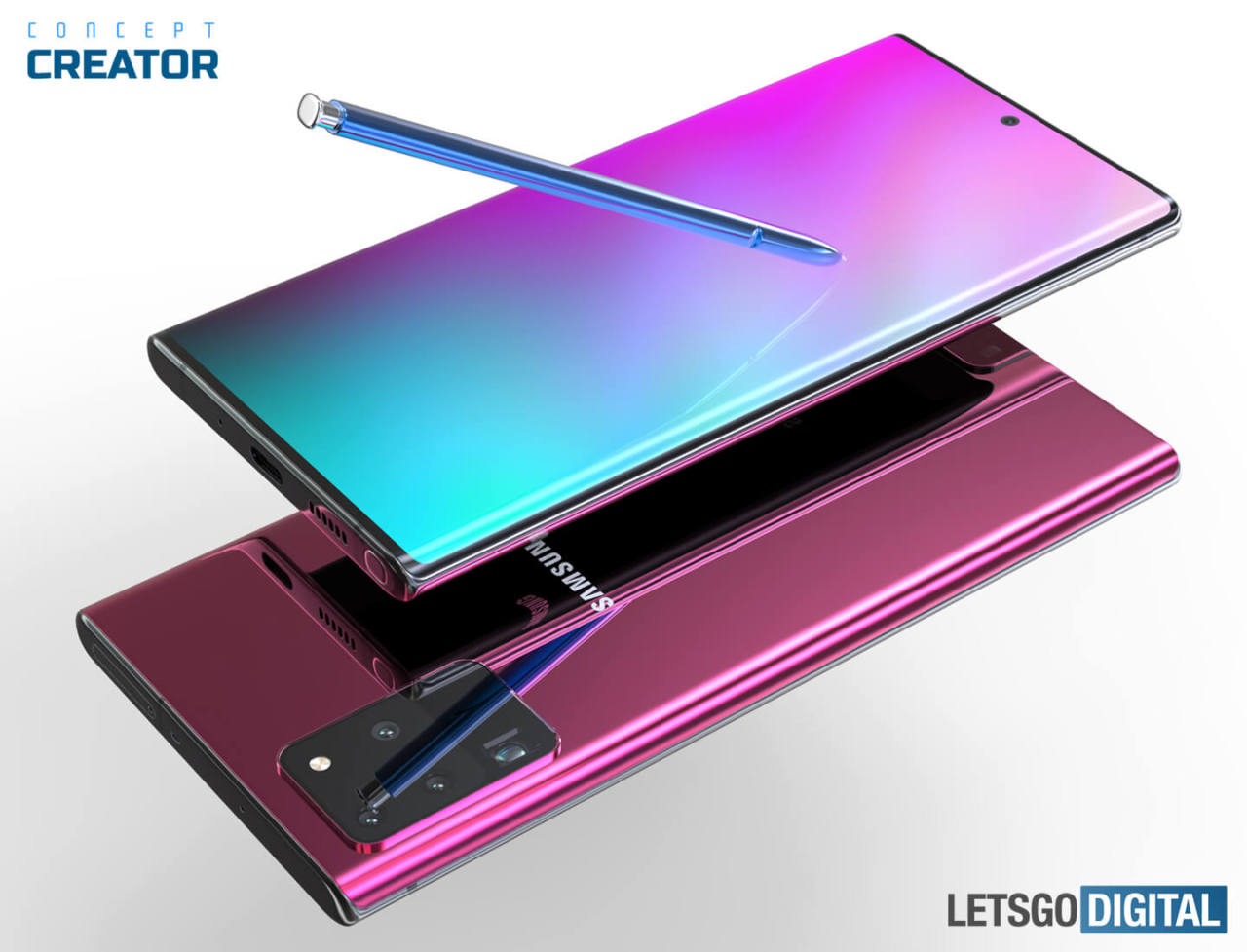 Galaxy Note 20 render (LetsGo Digital https://nl.letsgodigital.org/smartphones/samsung-galaxy-note-20-plus/)
Samsung Electronics is highly likely to hold its annual “Unpacked” event for the Galaxy Note lineup online for the first time on Aug. 5 due to the prolonging COVID-19 impact, according to news reports Tuesday.

The Galaxy Note Unpacked event is usually held in New York every August.

The Galaxy Note 20 is forecast to be released in two versions -- Galaxy Note 20 and Note 20 Plus. The Note 20 version is expected to feature a 6.4-inch display and a 4,300 milliampere-hour battery pack. The Plus model is likely to sport a 6.9-inch screen and 4,500-mAh battery.

The Galaxy Note 20 Plus is also likely to come with a 108-millionpexel camera module like the Galaxy S20 Ultra 5G, according to industry sources.

The second edition of Galaxy Fold is anticipated to feature the largest-ever 7.7-inch screen when unfolded.

Market watchers expect that the Galaxy Fold 2 will be equipped with the S Pen in a bid to maximize the use of such a large screen.

During the February Unpacked event in San Francisco, Roh Tae-moon, head of Samsung Mobile, hinted the company was working on including the S Pen in the second Galaxy Fold, while declining to elaborate further.