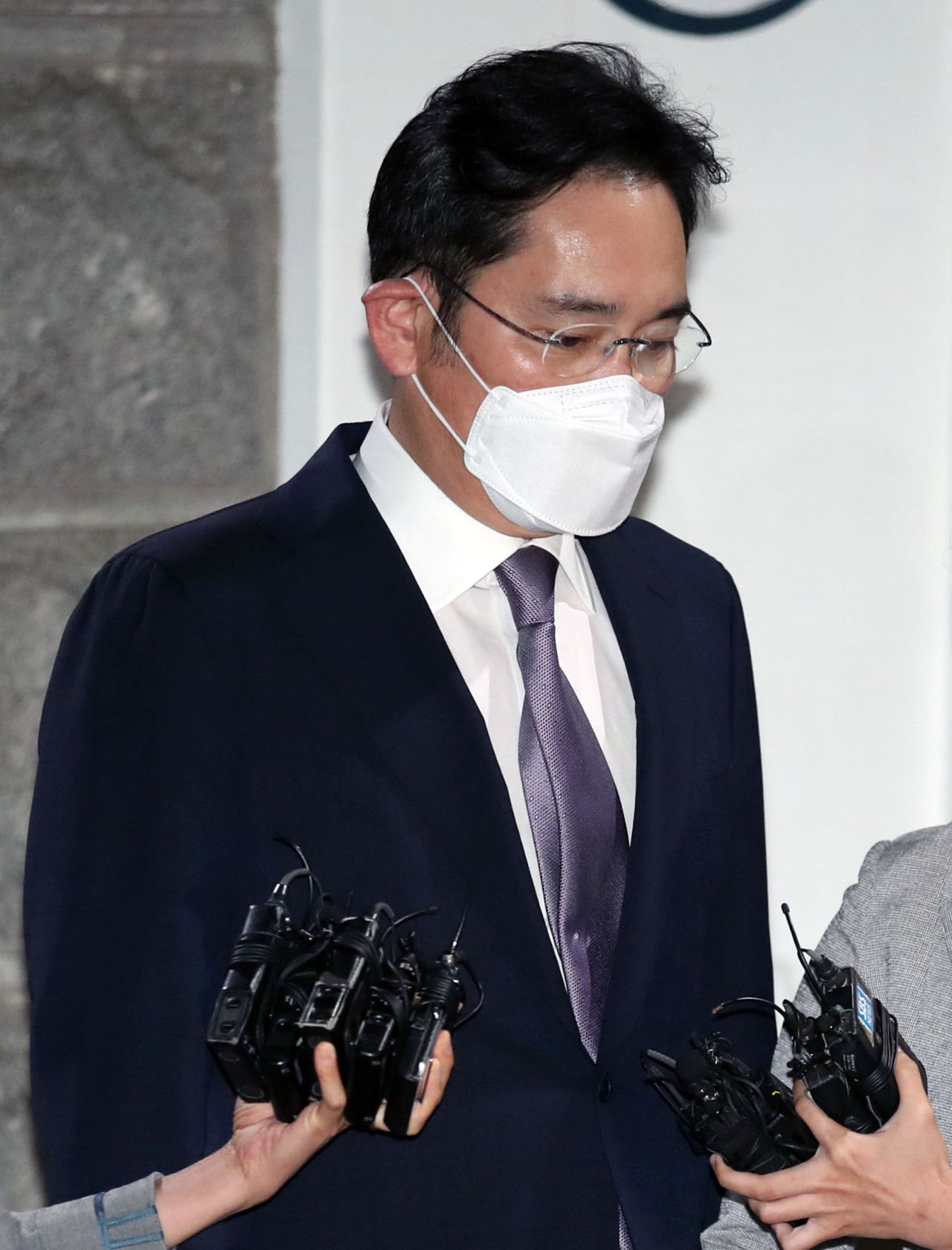 The Samsung heir faces accusations of involvement in a merger and accounting fraud involving key affiliates.

Having served one year behind bars earlier, it’s a sigh of relief for South Korea’s largest conglomerate as it has avoided the prospect of once again losing guidance from its de facto leader.

Samsung appears likely to focus on plans to grow the business and seek breakthroughs amid the worsening global economic uncertainties.

He did not comment on the court’s decision while leaving, simply acknowledging the waiting reporters.

The attorneys at his side released a statement saying the court’s decision means there is insufficient evidence for criminal charges and there is no need to arrest him.

Samsung has strongly denied the prosecution’s accusations that Lee took part in a group-level scheme to facilitate the takeover of control from his ailing father, group Chairman Lee Kun-hee.

In response to the allegations that the vice chairman received detailed reports about the 2015 merger between Samsung C&T and Cheil Industries, the company asserted that Lee neither received any such reports nor issued any related orders.

Prosecutors say the merger entailed unlawful practices, including manipulation of the merger ratio by artificially lowering C&T’s share price and accounting fraud to inflate the value of Samsung Biologics. These allegations have not yet been tested in court.

“It was an excessive action by the prosecutors to seek an arrest warrant given that Lee is the country’s most prominent businessman,” said Lee Byung-tae, professor at the Korea Advanced Institute of Technology, during a televised discussion.

“The prosecutors should have kept the principles of presumption of innocence without detention. It seems like Korean businessmen are deprived of human rights.”

Since he was released from jail in February 2018, having previously been convicted of bribery and embezzlement in connection with the scandal that brought down former President Park Geun-hye, Lee has been aggressive in spearheading the growth of the country’s biggest tech giant.

Starting with a two-week trip to North America and Europe in March 2018, he played an active role in Samsung’s business initiatives, even as retrials in his bribery case were still going on.

The heir apparent flaunted his strong global network as he met with business tycoons across industries, as well as political leaders from Japan, China, Vietnam, India, the US and Europe.

Under his leadership, Samsung has announced massive investment plans, including a 180 trillion won ($150 billion) plan for 2018 through 2020 aimed at boosting the country’s software sector and alleviating youth unemployment.

Samsung has also renewed its goal to become the world’s top general semiconductor company by 2030, with plans to invest 133 trillion won to achieve a balanced portfolio of memory and system-on-chip businesses.

“Leaders have two important roles,” said Oh Il-sun, director of the Korea CXO Institute. “One is to confirm long-term investment plans and the other is to build and maintain a strong global network.

“Lee has been playing his role as the de facto leader pretty well since his release (in 2018),” he added.

Though he has avoided detention, the prosecutors’ probe will continue.

The prosecutors will decide Thursday how to respond to Samsung’s request for an independent panel and seek citizens’ views on the legitimacy of the ongoing probe.