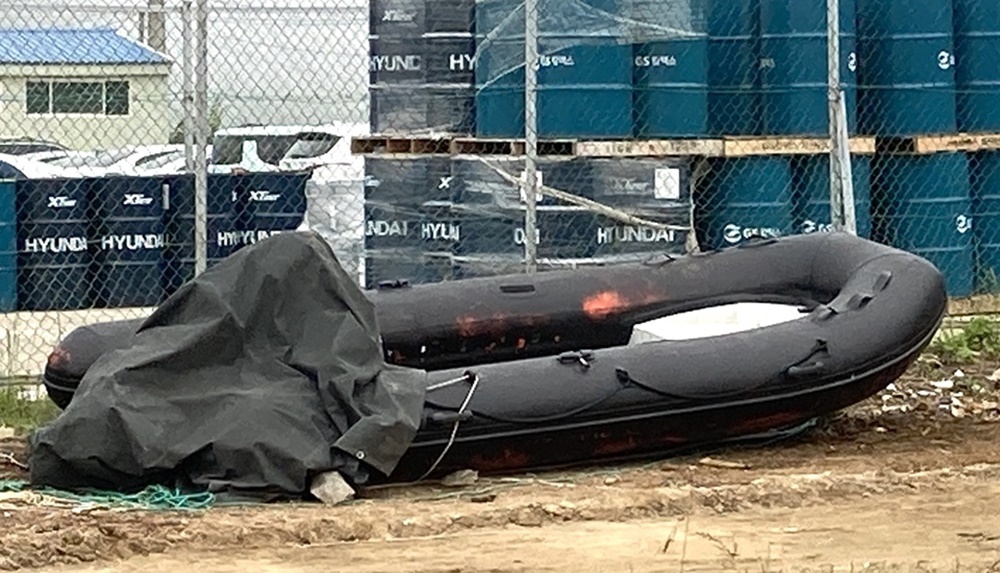 A boat used to enter South Korea illegals sits at a Coast Guard facility in Taean, South Chungcheong Province. Yonhap
The chief of the coast guard for Taean, South Chungcheong Province, has been removed from the post, and the chief of the Central Regional Coast Guard has been reprimanded over a recent series of illegal entries into the country through the West Sea.

The Korea Coast Guard on Friday said that coast guard chief Ha Man-sik was removed from the post for failing to respond to boats carrying illegally entering immigrants from China.

Since April 20, three boats connected to illegally entering the country have been found within a 15-kilometer radius of Taean County.

Ha has been replaced by the head of the Five West Sea Island Guard Unit, a special branch of the coast guard covering South Korean islands near the maritime border with North Korea.

According to a probe conducted by the office of the Joint Chiefs of Staff, the motorboat used for smuggling Chinese nationals into Korea last month was detected by military surveillance assets 13 times, but the military did not respond, taking the boat for a fishing vessel.

The boat was discovered on May 23, and six of the 10 people who were on board have since been apprehended.