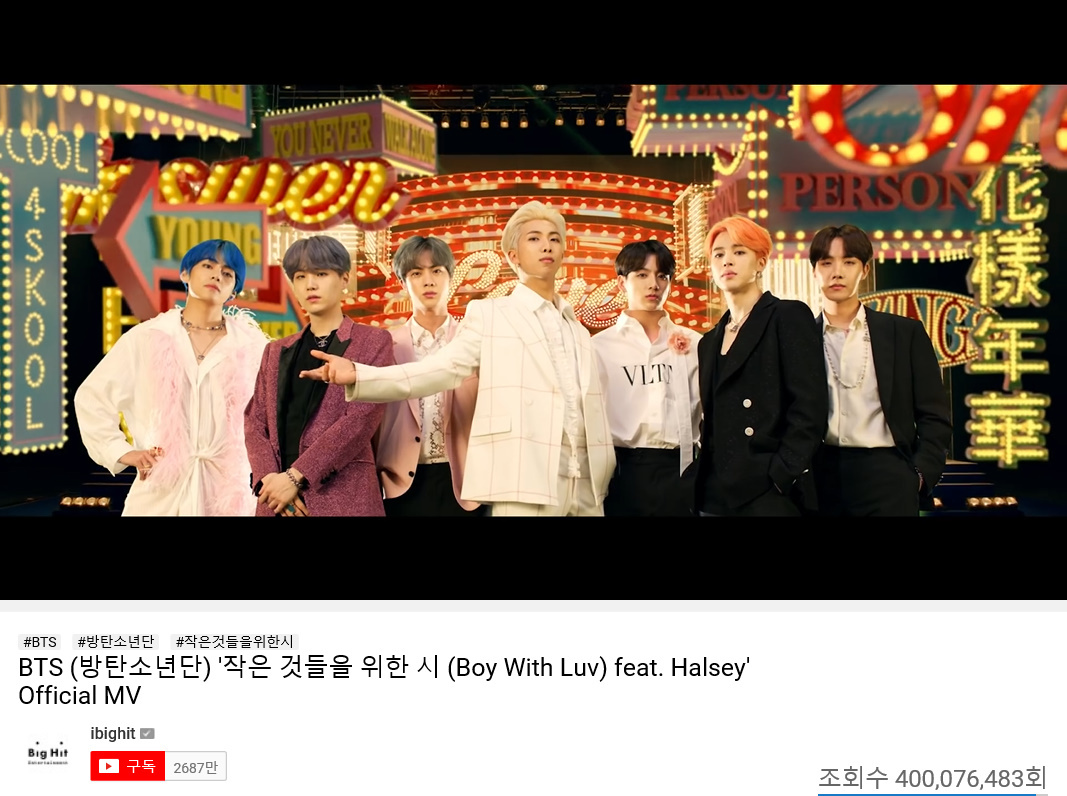 Screenshot of BTS "Boy With Luv" MV (Big Hit Entertainment)
The music video of K-pop band BTS' "Boy With Luv" racked in over 800 million on YouTube, according to the band's agency Thursday.

The video for the main track on the album "Map of the Soul: Persona," released in April 2019, achieved the feat earlier Thursday, Big Hit Entertainment said.

Featuring US pop singer Halsey, the colorful music video pays homage to the iconic 1952 American musical film "Singin' in the Rain," highlighted by a mass cadence dance near the end.

After its release, the song charted as high as No. 8 on Billboard's Hot 100 chart.

The band's "DNA" clip recently became the first music video by a K-pop male group to gain more than 1 billion views on YouTube. "Fake Love," "Fire" and the remixed version of "Mic Drop" all have views of over 700 million.

The septet has announced that it is currently producing a new album to be released in the coming months. BTS also plans to hold a paid online concert, "Bang Bang Con the Live," on June 14. (Yonhap)