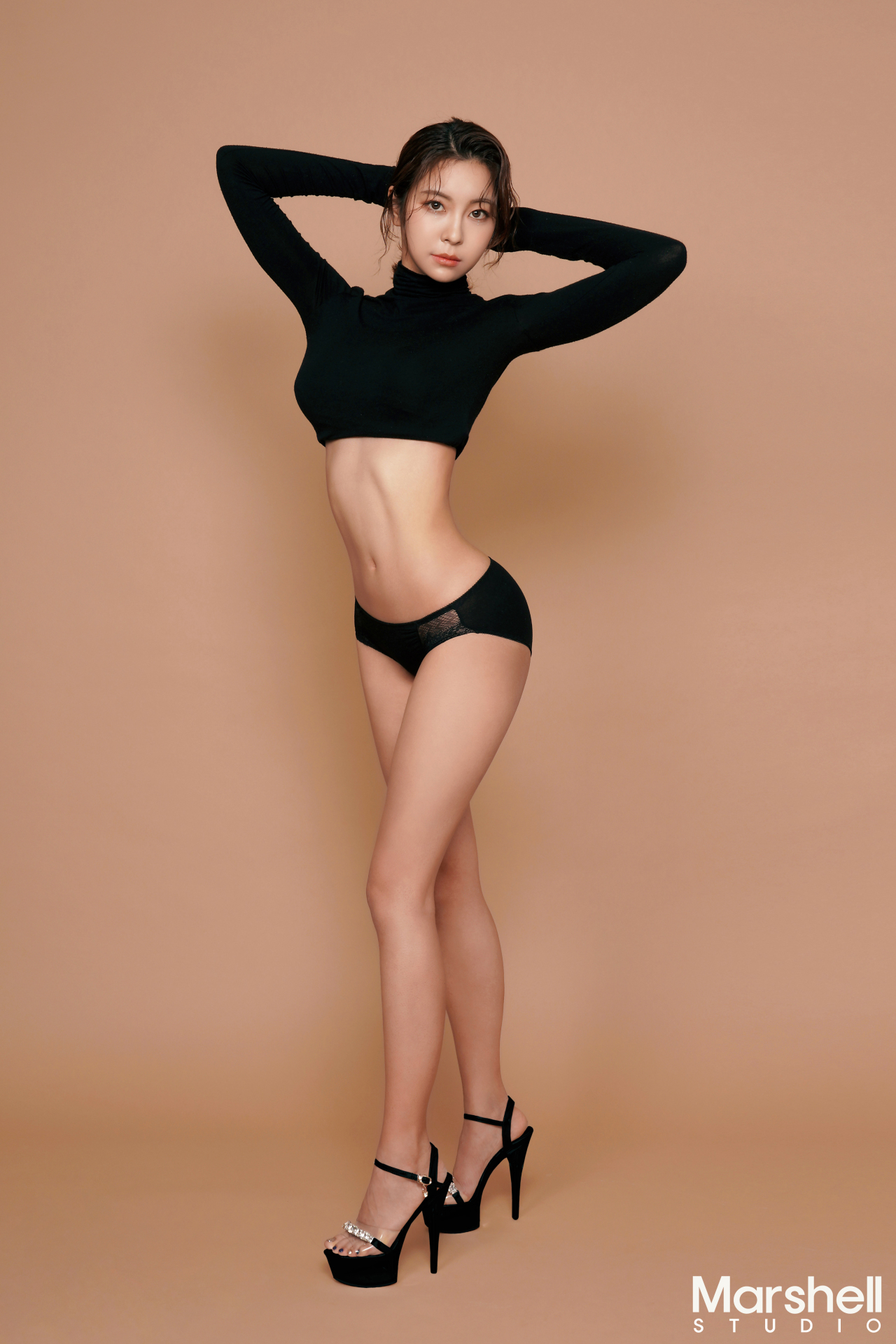 A woman poses for a body profile photo in black clothing, which photographers suggest for contrast with the skin. (Marshall Studios)
Twelve weeks. That’s how long Kim Tae-hwan, 30, trained before getting his body profile picture taken. Kim had added body profile photos to his bucket list for 2020 after he found out about it while working out with a personal trainer. Kim hoped to have it checked off while he was still 30.

The 12 weeks were not easy, as Kim, a construction site manager, tried to balance work and exercise while working out 14 hours a week. Spending an hour lifting weights, 40 minutes doing cardio exercises and 30 minutes on ab workouts six days a week, he lived on chicken breast and salad, unable to go out for a drink or eat to his heart’s content. Cutting out the water in his body toward the end was a nightmare.

But he did it.

He now has a photo of his body he didn’t think possible, along with an overwhelming sense of accomplishment.

The photo quickly found its way to his Instagram, evoking much admiration and amazement from his followers. 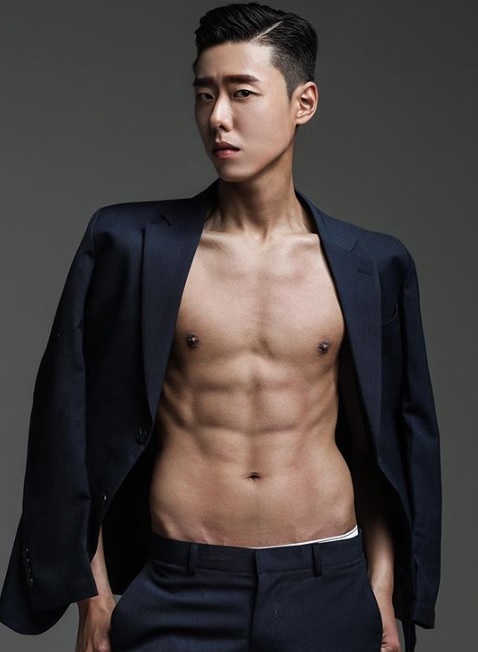 Once an activity reserved for fitness trainers and professional athletes, recent years have seen a soaring rate of amateurs taking photos, their number now surpassing that of professional trainers.

Many body profile studios are fully booked until the end of August, as people prepare to check off the bucket list item with a beach-ready body for the summer.

The popularity of body profile photos can be attributed to several factors.

The widespread availability and popularity of personal training programs is one factor. With the goal of taking a photo in mind, many people sign up for private training sessions, and trainers encourage their clients to take the photos.

Another factor that many body profile photographers cite is social media. Before the rise of social media, people took profile photos because they were fitness trainers or just for private use. Now, posting body pictures on social media sites such as Instagram is more common than ever before.

The spread of COVID-19 also has had a hand in the surge in body profile photo-taking. With people making fewer social plans, many felt this was an opportune time to manage their diet and spend more time exercising. Also, as the pandemic has resulted in the cancellation or postponement of many bodybuilding competitions, contestants decided to take the photos not to let their hard work go to waste.

Although Kim had his photos taken in April, the summer months from May to August are most popular, along with December when people resolve to have it done before the end of the year.

People in their late 20s and early 30s make up the bulk of those taking body profile photos.

“The 30s used to be a time when people were busy with marriage and work. Now, people consider 30s as a time when they can invest in themselves,” said Kim Jung-taek.

“I wanted to look good and take the photos because I’m at the start of my 30s,” said Kim Tae-hwan.

Popular photo studios that specialize in taking body profiles require reservations at least three months in advance, with the photo shoot date serving as a target.

Once the date is set, people make plans for tanning and waxing sessions.

“Around 30 to 40 percent of our clients who aren’t professionals have tanning before taking the photos. Most professionals do tanning,” said photographer Lee Hyung-suk of Marshall Studios.

Tanning is much more popular among men than women, as a tan can make the muscles look more elastic. The tanning process usually takes around a month, requiring multiple visits to tanning salons.

While tanning is optional, many photographers feel that waxing is compulsory in order to emphasize the muscles.

“I think epilation before the photo shoot is a must,” said Lee.

As waxing can leave a red burn mark, many suggest waxing a couple of days before the shoot.

Amateurs are asked by studios to practice posing and making facial expressions. Some studios have preshoot meetings with clients in order to determine the poses and concepts that suit them.

On the big day, professional makeup and hair services are offered at many studios at additional costs.

“There is greater synergy when makeup and hair is done at the studio rather than from other places,” said Lim.

After pumping up the muscles with fast-paced exercise, the photo shoot begins, usually lasting around two hours.

Photos can be edited, catering to the clients’ requests to make muscles seem bigger or waists slimmer.

Some clients who were unable to “complete” their bodies in time for the photo shoot rely on the studio to edit their photos, much to the vexation of the editing staff.

The most important thing in creating the best possible photo, according to photographers, is finding the right concept for each individual, which includes pose, outfit and facial expression.

Anyone can consider taking body profile photos said Kim Tae-hwan, but not everyone can actually put the work in to get in shape.

“It makes the experience more worthwhile,” he said.