Released as the lead track of the group’s new album of the same title, “More & More” talks about the longing a person in love goes through. Like most of Twice’s romantic songs, the nine bandmates in the popular K-pop girl group show a bold attitude in winning the heart of their love interests. “You are gonna be mine again/Cause you know me know me/You’re gonna say more more more more more and more,” they sing with confidence.

“When you fall in love, you want to know more about that person and want more love from him or her,” Nayeon explained in a released statement. Sana also said that the keyword for the album’s concept was “longing,” and they tried to deliver the desperate feeling in the group’s jacket photos as well as the song’s music video. 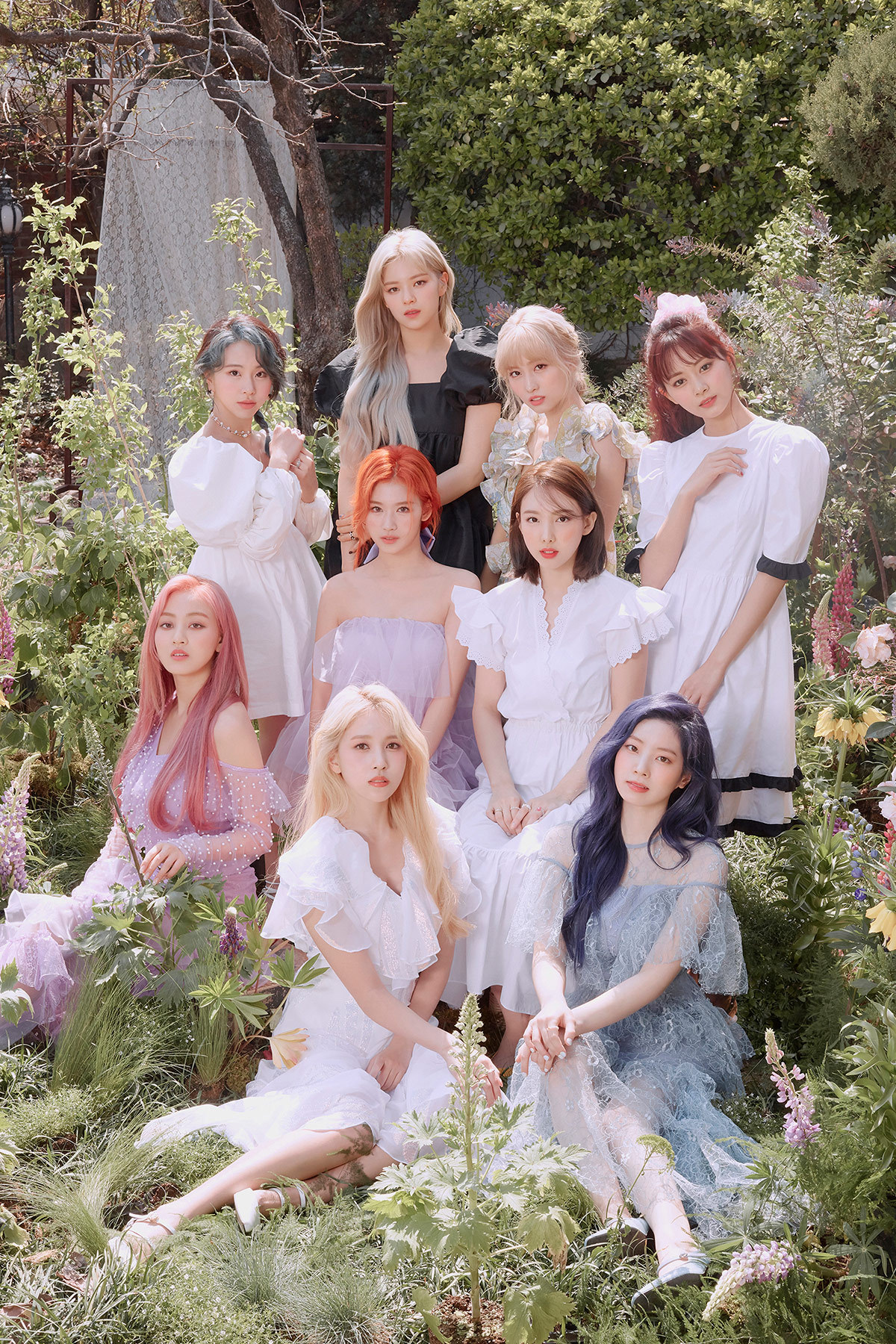 Twice also took part in the album’s creative process themselves, with Nayeon partially penning “Make Me Go” and Jeongyeon and Chaeyoung on “Sweet Summer Day.”

Twice went on to share that the group especially focused on perfecting its dance choreography, saying that was the hardest one so far. Asked about their favorite tracks from the album aside from the lead track, Nayeon, Sana, Jihyo and Mina chose “Oxygen,” which was a candidate for lead track for the “Feel Special” album, while Momo and Tzuyu pointed to “Sweet Summer Day” for its upbeat melody.

The song was released alongside a vibrant music video where the bandmates dance with a backdrop of a fantastical forest while decked out in fairy-like outfits.

Hailed as one of the most prominent K-pop acts in the scene, Twice propelled to stardom with its high-energy quirky sounds in early hits like “Cheer Up,” “TT” and “Like Ooh-Ahh.” Throughout its six-year career, the band expanded its sonic scape to various genres, especially turning to mature and bolder sounds in “Fancy” last year. After promoting its eighth EP “Feel Special,” the group released the YouTube original documentary series “Twice: Seize the Light” in April, becoming the first K-pop girl group to do so.

“We’d like to be called as a group that always tries something new and hope people could look forward to our next album,” said Nayeon.

“We hope people could recognize our artistic sides and our performances,” Jihyo added.

Jeongyeon and Chaeyeong shared that the group had its first take on Latin sounds on “Firework.”

Leading up to the release, Twice unveiled a snippet of “More & More” on TikTok on Sunday.

The group was set to talk about its new album via V Live and YouTube later in the day.