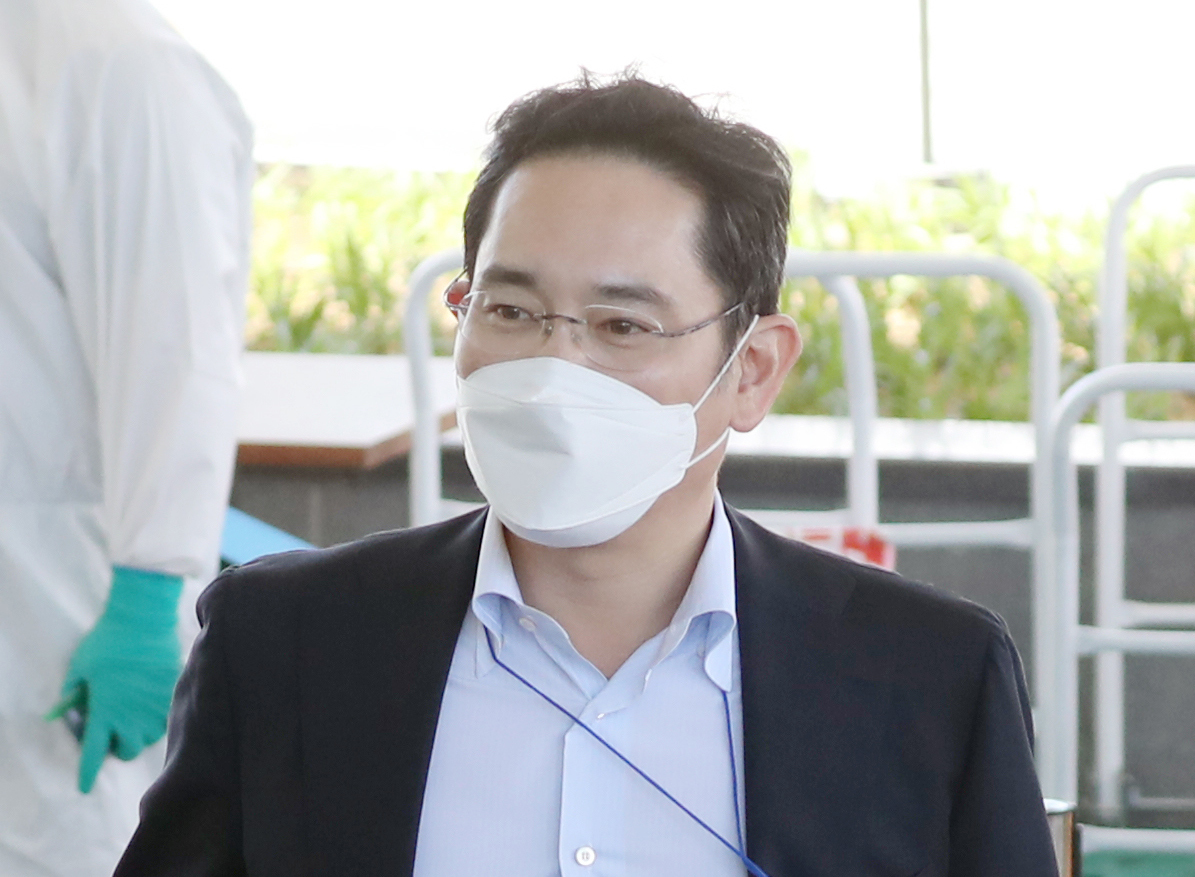 Prosecutors summoned Samsung Electronics Vice Chairman Lee Jae-yong as part of a probe into suspicions surrounding a 2015 merger between two key affiliates, which helped the scion secure control of the country’s largest conglomerate.

Samsung Group’s heir apparent appeared before prosecutors at the Seoul Central District Prosecutors’ Office on Tuesday morning to be questioned over the merger of Samsung C&T and Cheil Industries in 2015, as well as alleged accounting fraud at Samsung Biologics, which critics believe also helped him to cement his grip over the group.

Prior to Lee, a handful of current and former Samsung executives had been questioned as part of the sprawling investigation, launched in late 2018 at the request of the Financial Services Commission.

The prosecution suspects the group systematically inflated the value of Cheil Industries prior to its merger with Samsung C&T to allow a favorable merger rate for the heir. Lee, who was at that time the largest shareholder of Cheil, did not hold a stake in Samsung C&T, the de facto holding company of the group.

Local reports said prosecutors have been expanding their investigation into the allegations that Lee had committed a breach of trust and violated the Financial Investment Services and Capital Markets Act. They appeared to have secured documents created by the group’s future strategy office, a high-level control tower that reported directly to the vice chairman before it was disbanded in early 2017.

As Samsung Chairman Lee Kun-hee has been hospitalized since 2014 after suffering a heart attack and has yet to regain consciousness, his only son has stepped up as de facto head of the group. Meanwhile, there were groupwide equity transactions, apparently paving the way for his eventual ascension.

Prosecutors suspect that Samsung C&T intentionally delayed disclosing certain information to shareholders until the merger went through -- such as the fact that it had clinched a 2 trillion won ($1.7 billion) power plant deal in Qatar -- to avoid a higher valuation and facilitate the transition of management control at Samsung Group from the bedridden father to his son.

Prosecutors are looking into suspicions that the value of Cheil Industries was inflated ahead of its merger with Samsung C&T. In one instance, the official land value of Everland, the nation’s largest theme park, owned by Cheil Industries, surged 370 percent in 2015.

The Ministry of Land, Infrastructure and Transport has asked the prosecution to launch a probe into the matter after its internal audit, saying that external pressure may have played a role.

The prosecution also suspects that allegations of accounting irregularities by Samsung Biologics, which triggered the investigation, are linked to Lee’s succession.

Prosecutors suspect that Samsung Biologics violated accounting rules to inflate its earnings in order to justify the merger ratios by showing high potential for Cheil Industries’ stake in the firm. Samsung C&T is the largest shareholder of Samsung Biologics with a 43.44 percent stake.

Samsung Biologics changed the ownership status of Samsung Bioepis, a biosimilar making joint venture set up with US-based Biogen, from subsidiary to affiliate in 2015. The change allowed it to swing to the black in 2015 after posting four straight years of deficits since its establishment in 2011.

The investigation, which has been dragging on for 1 1/2 years, is expected to be completed soon.

The summons came after Lee publicly apologized on May 6 over the company’s role in scandals connected to his succession, which eventually led to the impeachment of former President Park Geun-hye and a year’s imprisonment for Lee.

A separate trial of Lee is ongoing for providing bribes to a friend of Park after the Supreme Court ruled that an appeals court, which reduced his sentence to 2 1/2 years from initial five years, had underestimated the value of the bribes, and sent the case back to the lower court for retrial.

He pledged that he would not hand over management control to his children, while apologizing for the illegal practices related to the leadership succession and the firm’s past pressure on labor unions.