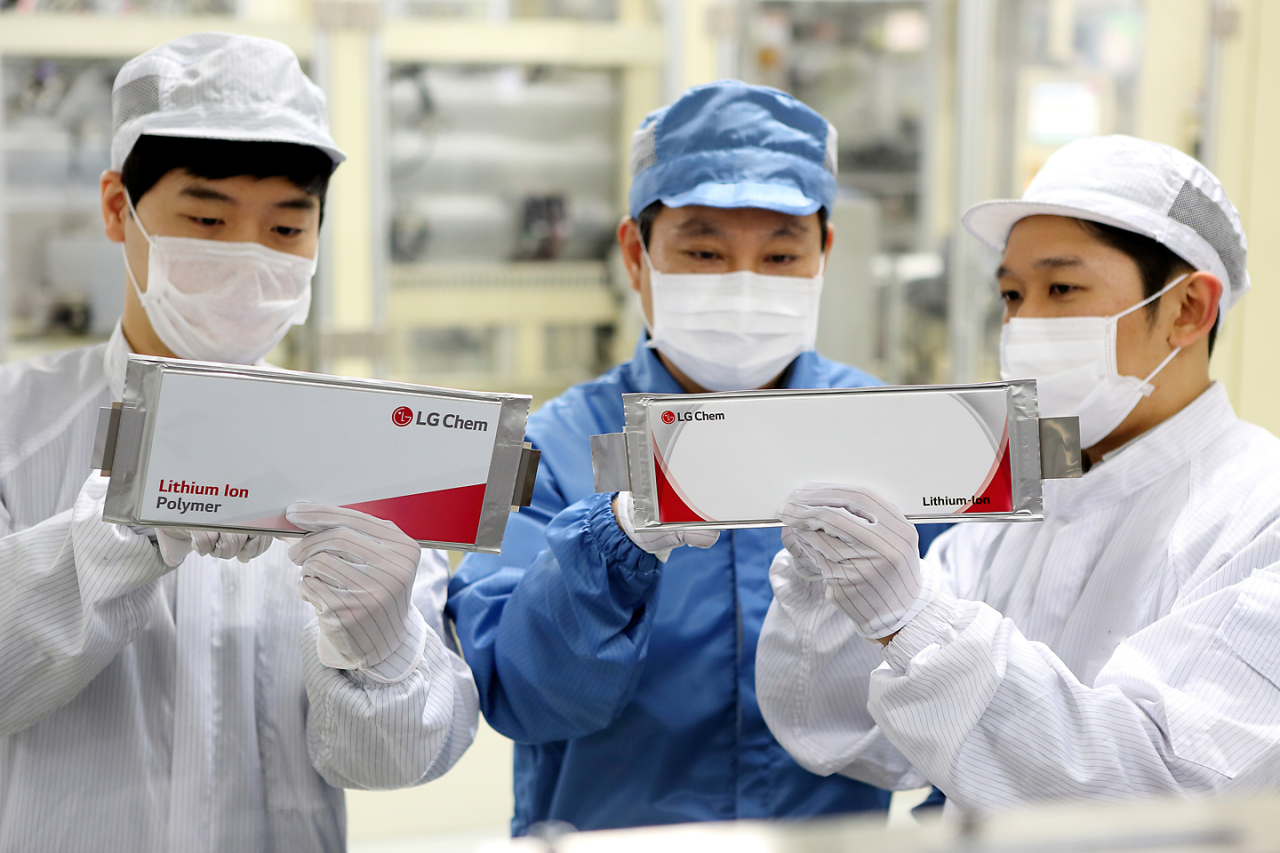 China’s race to enter mainstream tech is intensifying against not only the US but also its neighbor South Korea. With China aggressively pushing advancements of key technologies, Korea has been forced to take up the gauntlet before it is too late. The Korea Herald’s Tech Team has looked into four key areas to measure the technological gap between Korea and China and to offers forecasts about how the competition would develop. This is the third installment.

With better technology, Korean battery giants -- LG Chem, Samsung SDI and SK Innovation -- are winning the electric vehicle battery battle, but Chinese competitor CATL is looking to use economies of scale to win the war.

While the three Korean battery makers are mass producing NCM (nickel cobalt manganese) 811 batteries with higher energy densities essential for third-generation EVs that need to travel more than 500 kilometers, CATL is sticking to LFP (lithium iron phosphate) batteries, which are bulkier and lower in energy density but more than 50 percent cheaper.

“In the end, batteries for electric cars are most likely to become a commodity product like batteries for toy cars -- we don’t care whether its brand is Energizer or Rocket. There is a long way to go to be accepted broadly because of diversified requirements from different carmakers. Nevertheless, battery modules and packs certified for an EV of a specific brand meeting a certain technical threshold can be fitted into an EV of a different brand, for example.”

Though other experts and industry sources questioned CATL’s ability to mass-produce NCM811 batteries, the technology gap might not matter after all.

“CATL’s low-priced LFP batteries target a different market in the first place compared to LG Chem’s high quality batteries. At the end of the day, customers will decide the winner. When Chinese EVs loaded with CATL’s batteries are exported, it will give CATL a pathway to Europe,” a Posco Research Institute researcher said.

“CATL might lack EV battery technology, but if it cuts the battery price significantly in Europe with the money it made at home, German automakers might opt for CATL’s batteries as customers will be drawn to EVs that are $5,000 or $10,000 cheaper, despite their long charging times and lacking performance,” an industry source said.

However, it is too soon to say that CATL has closed the technology gap.

“CATL is two steps behind Korean battery manufacturers. The technology gap is narrowing, but even if CATL is capable of mass production, how small it can make batteries and how high an energy density it can achieve is a different story,” said Kim Pil-soo, an automotive engineering professor at Daelim University.

“CATL can currently mass-produce NCM523 batteries. For NCM811 batteries, it can only make samples. If CATL had enough technology, it would promote NCM batteries, not LFP batteries,” an analyst from market tracker SNE Research said.