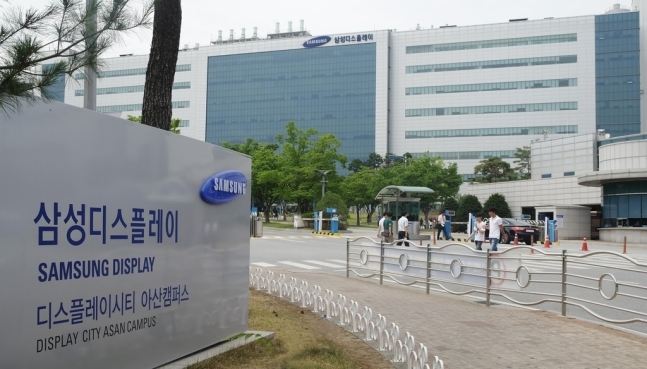 (Yonhap)
Samsung Display, one of the largest screen manufacturers in the world, said Wednesday that it has temporarily suspended construction at an industrial complex in South Korea amid market uncertainty caused by the novel coronavirus.

The company said it halted work on the second plant area at the Tangjeong 2 complex in Asan, 90 kilometers south of Seoul.

"The COVID-19 pandemic has made it necessary for changes in the construction schedule as the business environment is changing rapidly," the tech company said in a release.

Samsung Display did not elaborate on how long it will hold off on construction. At present only outer areas of the factory complex have been built, with no details emerging on what will be built there eventually.

The company said that despite the holdup, its original plan to invest some 13 trillion won ($10.5 billion) into its quantum dot display sector has not changed. The huge investment is part of Samsung's grand strategy to strengthen its already strong position in the global display business going forward.

The temporary suspension, meanwhile, follows a similar move in 2018 when work was suspended at the same complex due to unexpected market developments. (Yonhap)