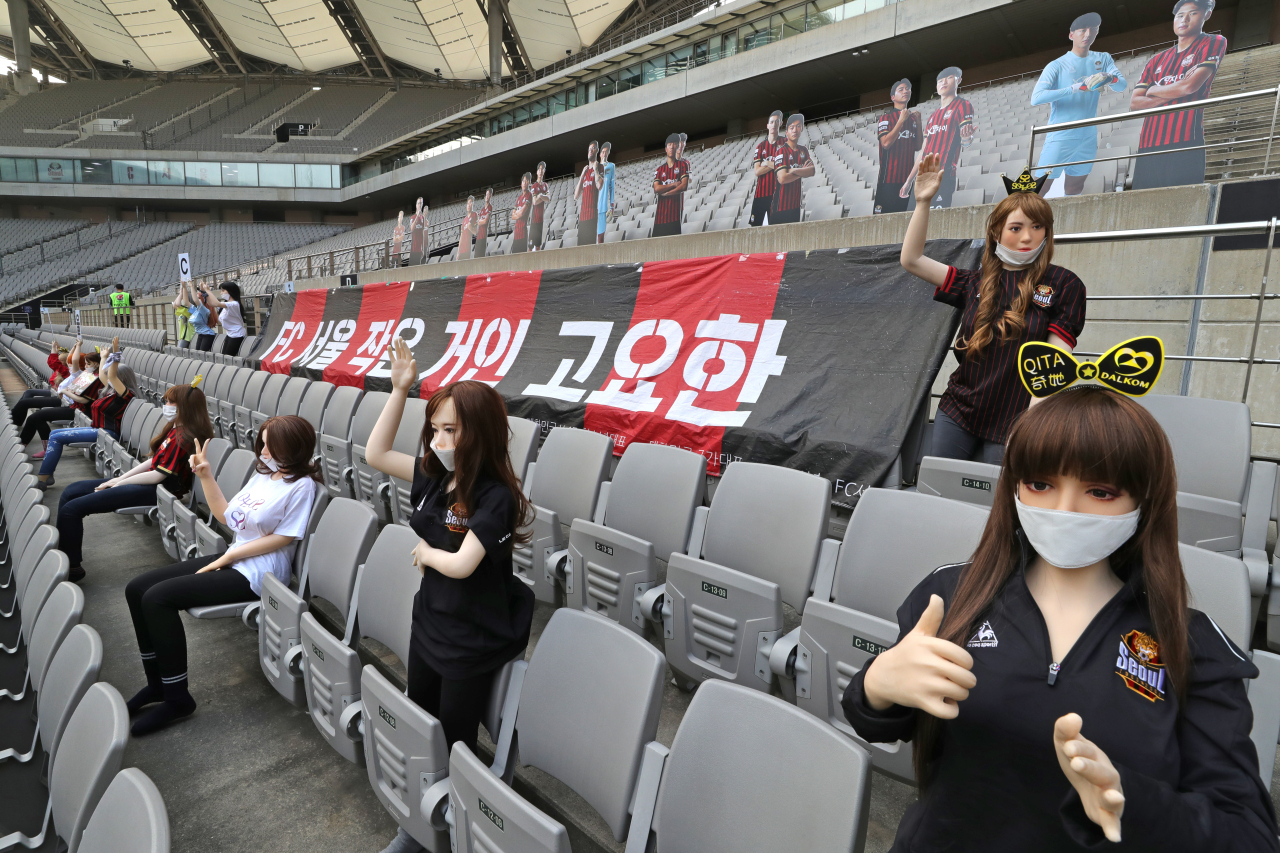 [2] Two high school seniors in Incheon tested positive for COVID-19, leading the school they attended as well as two nearby high schools to delay resumption of in-person classes by a day, according to the city’s education office.

[3] Students at 66 high schools across five districts in Incheon were directed to go back home on Wednesday morning over concerns they could have crossed paths with the diagnosed students, both of whom frequently used crowded facilities.

[4] The city’s education office was in talks with health authorities to decide when to physically reopen schools.

[5] Elementary, middle and high school students had shifted to online learning in mid-April due to the coronavirus pandemic.

아이튠즈(아이폰): https://itunes.apple.com/kr/podcast/koliaheleoldeu-paskaeseuteu/id686406253?mt=2
팟빵 (안드로이드): http://www.podbbang.com/ch/6638
[1] FC Seoul posted a formal apology on social media on Monday for putting mannequins, which many contend are sex dolls, in the stands for the team’s first home game of the season, which was held Sunday without spectators.

[2] “We apologize to all the fans for causing deep concern regarding the cheer-mannequins set up during the game on the 17th. Although the mannequins differed from previous ones in that the material is human-like, from the start we confirmed that these products were not adult goods,” posted FC Seoul.

[3] FC Seoul beat Gwangju FC 1-0 at Seoul World Cup Stadium, but the victory was dampened by the fans disgusted by the display of mannequins in the stands.

[4] The mannequins, which some fans pointed out looked like sex dolls, were placed in the stands as the games were held without spectators due to the spread of COVID-19.

[5] “(The company’s) name and signs with the specific BJs’ names were shown. This is due to our officials not checking in detail. This part is completely our fault,” FC Seoul said in the apology.