NCT 127 pulled zero punches with its new single, another powerful anthem that stays true to the group’s dynamic nature.

"Punch," released Tuesday evening, has been featured on “#127 Neo Zone: The Final Round,” the repackage album of the group’s second full-length album.

Also being promoted as the album’s lead track, “Punch” is a fierce urban soul hip-hop track that overflows with powerful synths, throbbing bass and industrial beats. 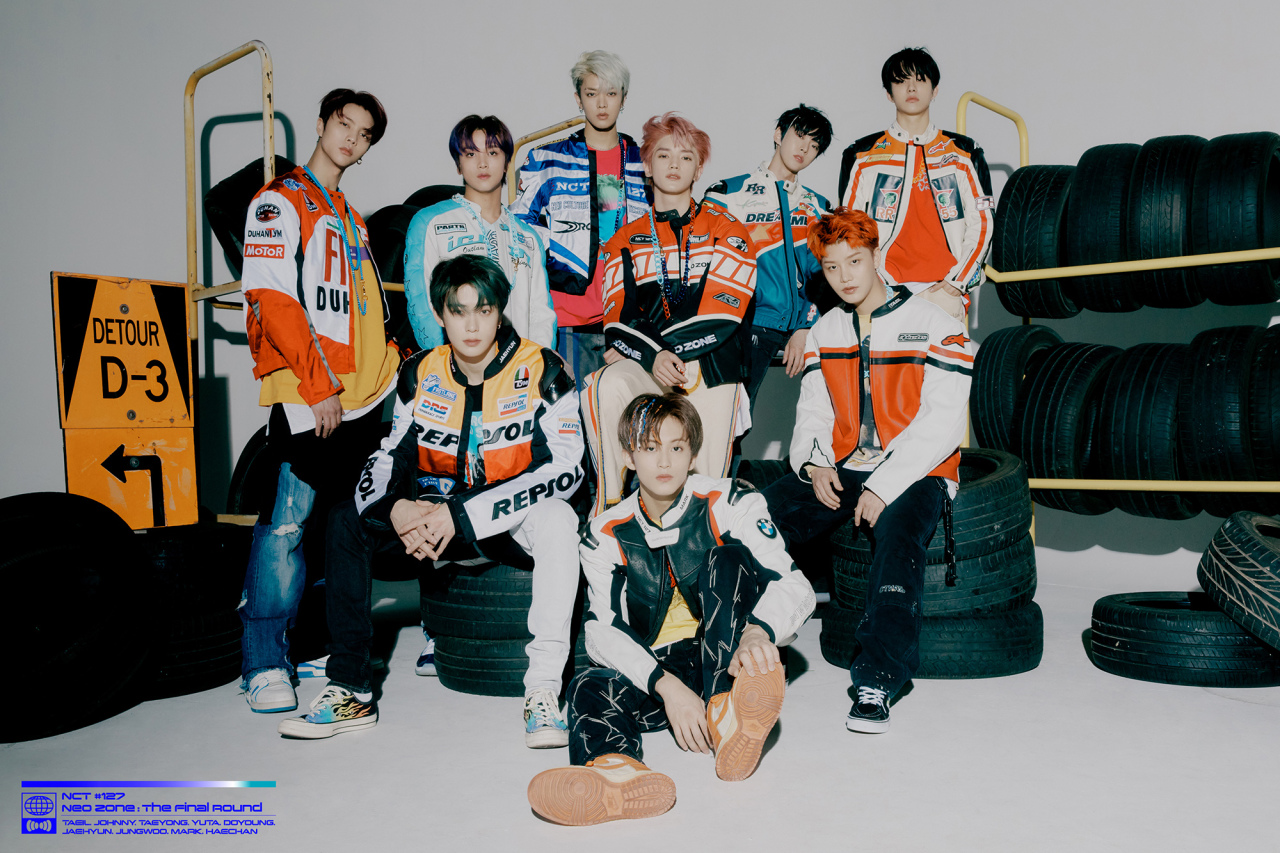 NCT 127 (Big Hit Entertainment)
The song progresses from an electronic intro to a whispering volume to chantings where the singers confidently shouts “Hey, we ballin’.”

Relaying a message of overcoming one’s loneliness when fighting alone in a boxing ring, the song is coupled with the kind of eye-popping dance performance NCT 127 is known for. In the teaser video for the song’s upcoming music video, the 10 bandmates are seen dancing in a boxing ring while clad in matching red marching-band suits.

The high-energy dance track comes shortly after the release of “Kick It,” another barrier-breaking number released in March.

NCT 127 showcased “Punch” for the first time during its virtual Beyond Live concert, where the bandmates danced in an elevated boxing ring that was created using graphic effects.

NCT 127, a Seoul-based unit of SM Entertainment’s NCT boy band project, debuted on the K-pop scene in 2016 with its self-titled debut EP “NCT #127” with the lead single “Firetruck,” a trap-hip hop hybrid. NCT 127 is one of three groups currently active as part of the K-pop label’s larger NCT boy band project, with the concept of having an unlimited number of members divided into multiple subunits based in various cities around the world.

Having recently picked up steam in the US, the band promoted its second full-length album “Neo Zone” in March.

The music video for “Punch” is set to be released at midnight.