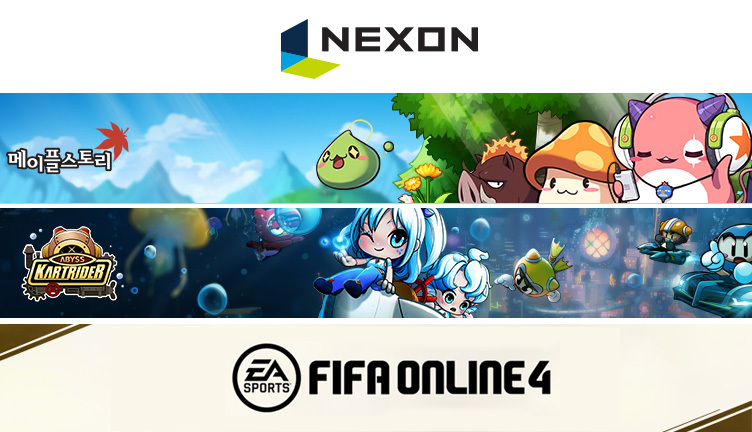 Though Korea’s No. 1 game company Nexon posted its best quarterly revenue of 434.4 billion won ($353 million) -- a 78 percent surge on-year -- thanks to the steady sales of MapleStory and Fifa Online 4, the fast-changing nature of the game industry means that “steady” can be seen as synonymous with “stagnant.”

Nexon has been playing safe lately, printing out mobile versions of its already successful PC games.

Nexon’s heavy reliance on successful old-school games seems to have taken a toll, with its revenue plunging 42 percent to 366.1 billion won in China. Among other things, it was due to the COVID-19 outbreak preventing users from visiting internet gaming cafes and playing Dungeon & Fighter, its most popular game in China launched in 2005 in Korea.

To reduce its dependence on more than decade-old games, NXC -- the holding company of Nexon -- recently established a subsidiary called Arques. It aims to develop a friendly financial trading platform with a user interface based on tycoon games. The firm hopes the platform will attract Generation MZ -- millennials and Gen Z -- who are discouraged by intricate interfaces despite their deep interest in investments.

“Arques aims to develop a service where users can trade conveniently and escape from candlesticks and charts that always pop up whenever you launch investment apps,” said Arques CEO Kim Sung-min.

NCSoft, another major player in Korea, has been milking an MMORPG game, Lineage, for more than two decades. After launching Lineage in 1998, Lineage 2 came out in 2003. Then, NCSoft came up with mobile versions of each of the two games Lineage M and Lineage 2M in 2017 and 2019, respectively.

To spur growth, NCSoft is repositioning itself as an artificial intelligence company, exploring various real-world applications.

The company this month updated its AI-based baseball information app Paige. The update allows users to ask questions to an AI interface to get the information they want. For example, when a user asks who hit a homerun in a particular game, the AI comes up with the homerun video and related statistics. Last month, NCSoft partnered with a local news agency, providing automated weather articles using machine learning and natural language processing algorithms.

While competitors are seeking software transitions, Netmarble -- a Korean firm that focuses on mobile game development and distribution -- is going the opposite way by focusing on hardware, as witnessed by its acquisition of water purifier rental firm Woongjin Coway in December.

“Netmarble currently doesn’t have a specific plan for Coway,” a company official said.

The acquisition of cash cow Coway is expected to cushion Netmarble’s lackluster performance in the first quarter. In the January-March period, Netmarble launched an aggressive marketing campaign, spending 95 billion won, a 51.3 percent spike on-year, for its newly released game A3: Still Alive and The Seven Deadly Sins: Grand Cross, leading to a 38 percent decline in operating profit to 20.4 billion won.

Meanwhile, Dragonfly -- one of the first generation Korean game companies -- is jumping into the bio and webtoon businesses.

Dragonfly this month bought a 2.7 percent stake in TE Bios, a research and development company that focuses on artificial cornea and cancer immunotherapy. Dragonfly is expected to make a second investment in the third quarter as the firm aims to transform into an entertainment-bio company.

Dragonfly is also collaborating with an animation and webtoon startup Studio W.Baba to create interactive webtoons by using its game engine.

Dragonfly’s new project Alive Toon aims to apply multiple layers for each webtoon drawing, allowing viewers to zoom in and zoom out of overlapping panels. Also, Dragonfly is using its game engine to generate similar drawings automatically, which can free artists from drawing almost the same cuts.

According to data from the Korea Creative Contents Agency, the overall value of the domestic webtoon market jumped from 52.9 billion won in 2010 to over 880 billion won last year, with the figure expected to exceed 1 trillion won this year.