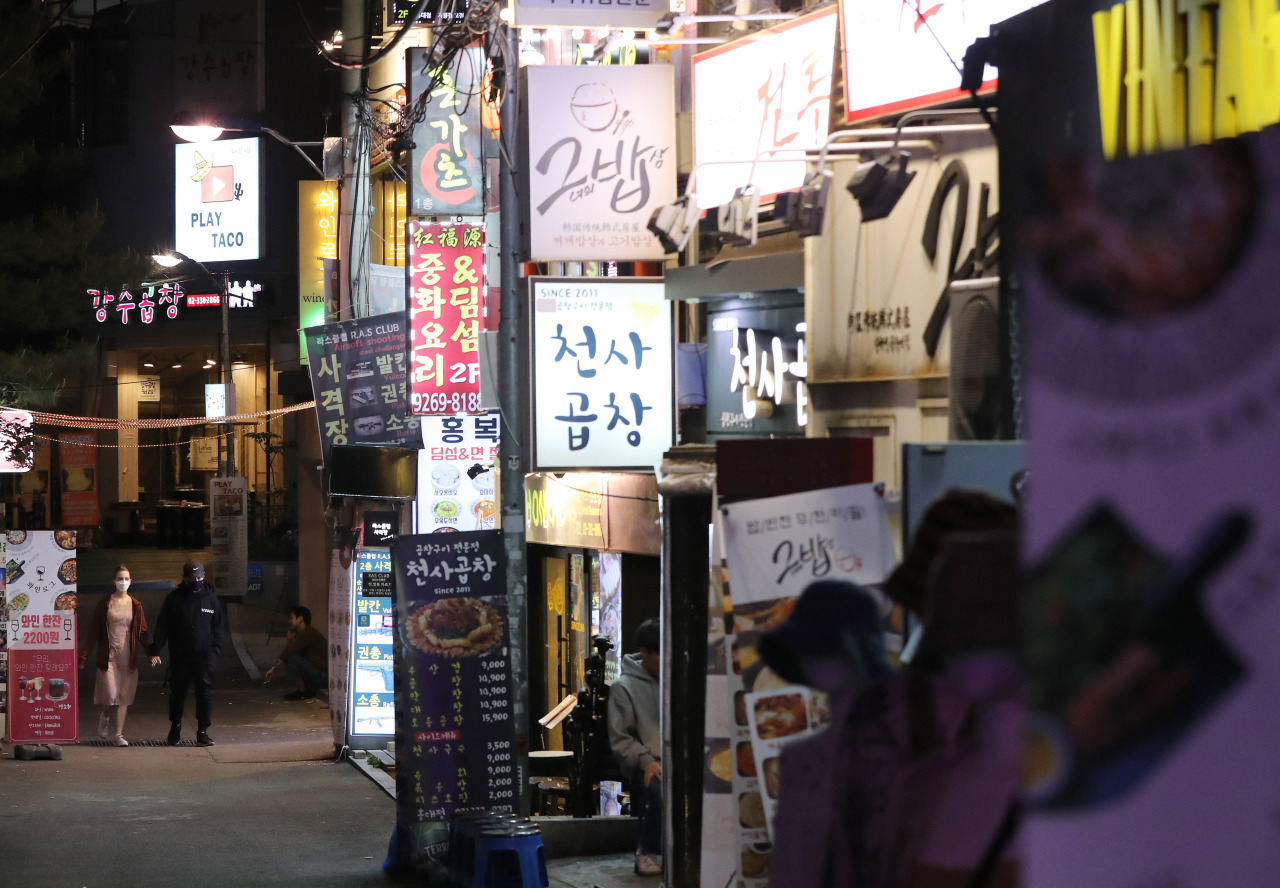 (Yonhap)
BTS' Jungkook and three other K-pop idol singers visited Itaewon, the center of the recent outbreak of the new coronavirus in Seoul, together late last month but have tested negative for the virus, their agencies said Monday.

A local internet-based daily reported earlier in the day that Jungkook, Jaehyun of NCT, Mingyu of Seventeen and Cha Eun-woo of Astro hung out at a restaurant and two different bars on April 25 in Itaewon, Seoul's most popular nightlife and multicultural neighborhood, while the country was under relaxed social distancing in response to COVID-19.

As soon as the report was out, management agencies of the four K-pop stars confirmed the visit and apologized for their failure to comply with the social distancing campaign.

They pointed out, however, that the stars did not visit specific bars and clubs where the cluster infection occurred and tested negative for the virus.

The country has seen a spike in the number of new daily infections since a 29-year-old man tested positive following visits to five clubs and bars in Itaewon in early May.

A total of 170 infection cases, including clubgoers, their family members and colleagues, have been reported as of Monday morning.

Quarantine authorities have asked people who have been to Itaewon and nearby areas from April 24-May 6 to undergo virus tests even if they don't have any symptoms.

Big Hit Entertainment, the agency of BTS, admitted that Jungkook visited the district on April 25, and he got tested even though he had no COVID-19-related symptoms. The 22-year-old tested negative for the virus, it added.

"He deeply reflects on his conduct that he did not comply with social distancing sincerely," Big Hit said. "We will make sure that this kind of problem will not happen again and apologize for worrying many people including fans."

SM Entertainment, which manages NCT, also confirmed the news report and said that Jaehyun tested negative after getting examined on his own initiative.

"Jaehyun regrets his carelessness as he had to refrain from personal meetings during social distancing," the company said.

Pledis Entertainment and Fantagio, which are behind Seventeen and Astro, respectively, said their artists spent the night in Itaewon and apologized for not complying with social distancing properly. (Yonhap)