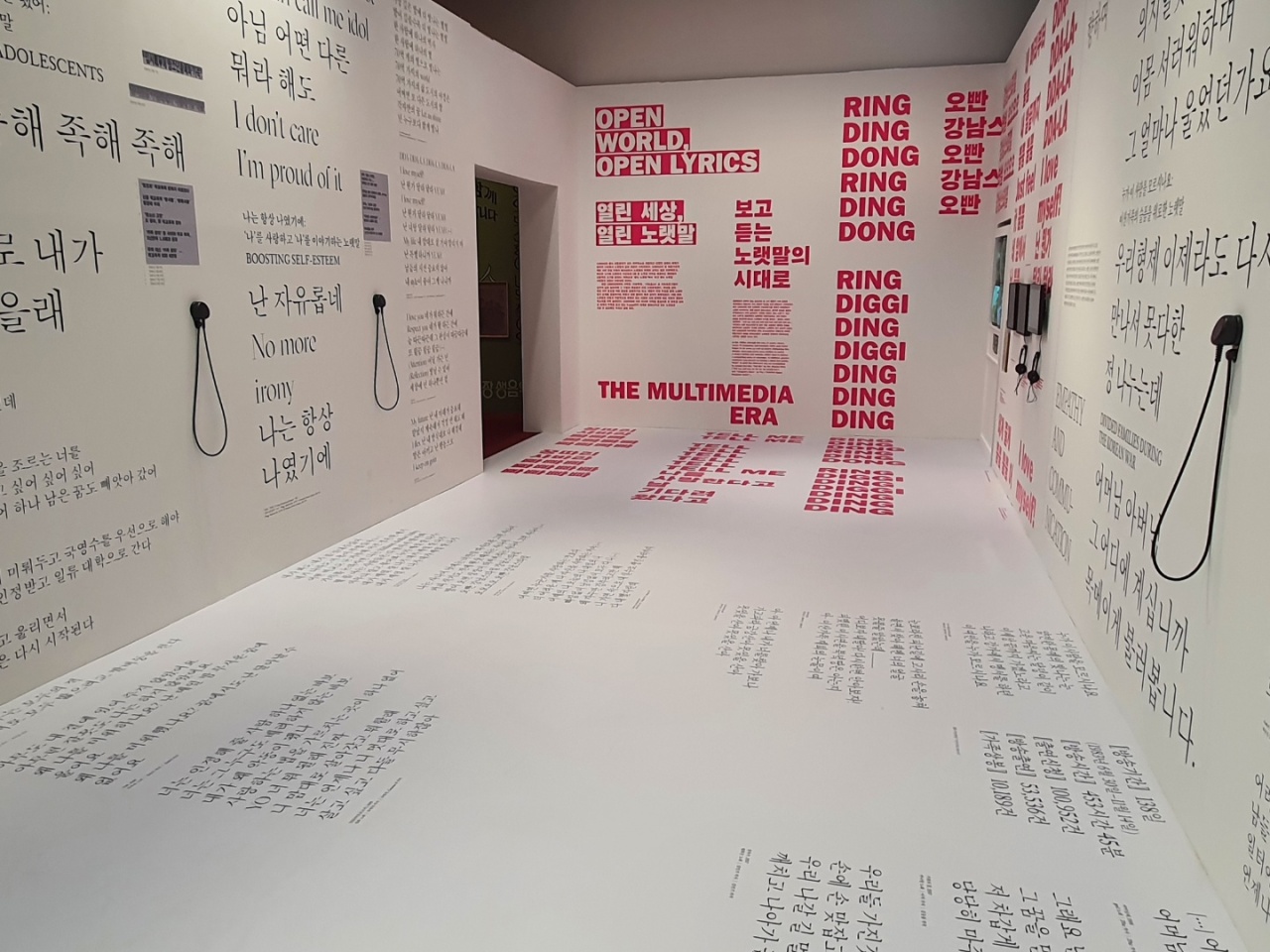 The exhibition that opened Friday celebrates the beauty of the Korean language through the lyrics of about 190 beloved Korean pop songs since the 1920s.

Consisting of two parts, its first section called “Power of Lyrics” examines the changing themes and messages of songs’ lyrics depending on the era.

The second section, “Flavor of Lyrics,” gives an in-depth view of how ordinary words are transformed into unforgettable lines in music. Visitors can read, see and listen to Korean songs that have been inspired by foreign songs, poetry, seasons or love.

For K-pop fans, one of the most memorable rooms would be “Open World, Open Lyrics,” where lyrics of iconic Korean pop songs since the 1990s are imprinted in all four walls.

“Each era goes through different histories that served as motifs for music. We thought the big theme nowadays was self-esteem and self-love which is why we displayed BTS’ lyrics,” said curator Kim Mi-mi.

“In the contemporary era with TV and computers, the music industry has focused on visuals, and musicians started to dance and act on stage. Fast and addictive songs have poured out, and naturally, lyrics center less on the story but more on hooks that stick in our ears, which we tried to show through this room.”

The exhibition has undergone construction beginning February and finished in mid-May, though the museum’s research department had compiled many of the records last year.

Having closed over the past months due to the virus pandemic, the museum conditionally reopened its doors to the public last week. Visitors are required to reserve tickets online in advance or register their name and phone number at the on-site ticketing booth, and wear masks at all times.

“Korean Pop Lyrics – Melodies of Life” exhibition will go on until Oct.18.