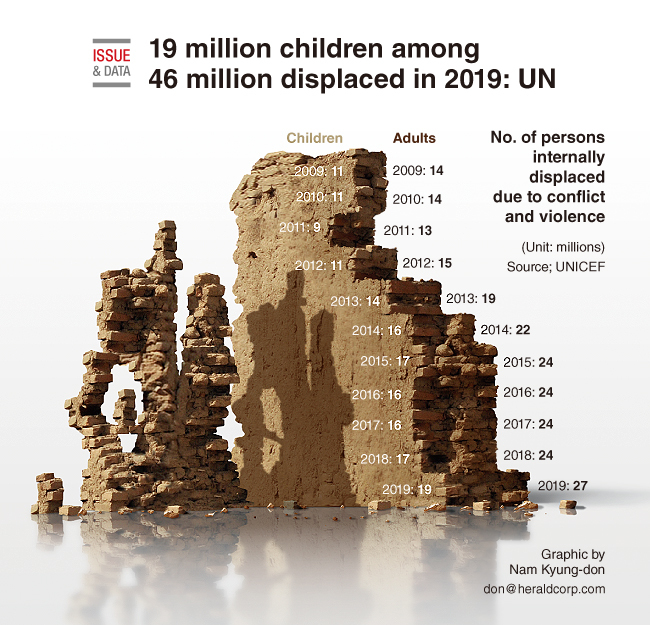 The UN children’s agency said an estimated 46 million people - 19 million of them children - fled violence and conflict last year but remained in their home countries, and millions more were displaced by disasters.

A UNICEF report said there has been a steep increase in the number of internally displaced people as a result of conflict and violence, from 25 million a decade ago to more than 40 million in the last five years. And last year more than 40 percent of the displaced were under the age of 18, it said.

Almost 33 million new displacements were recorded in 2019 - around 25 million due to natural disasters and 8.5 million due to conflict and violence, according to the report. (AP)