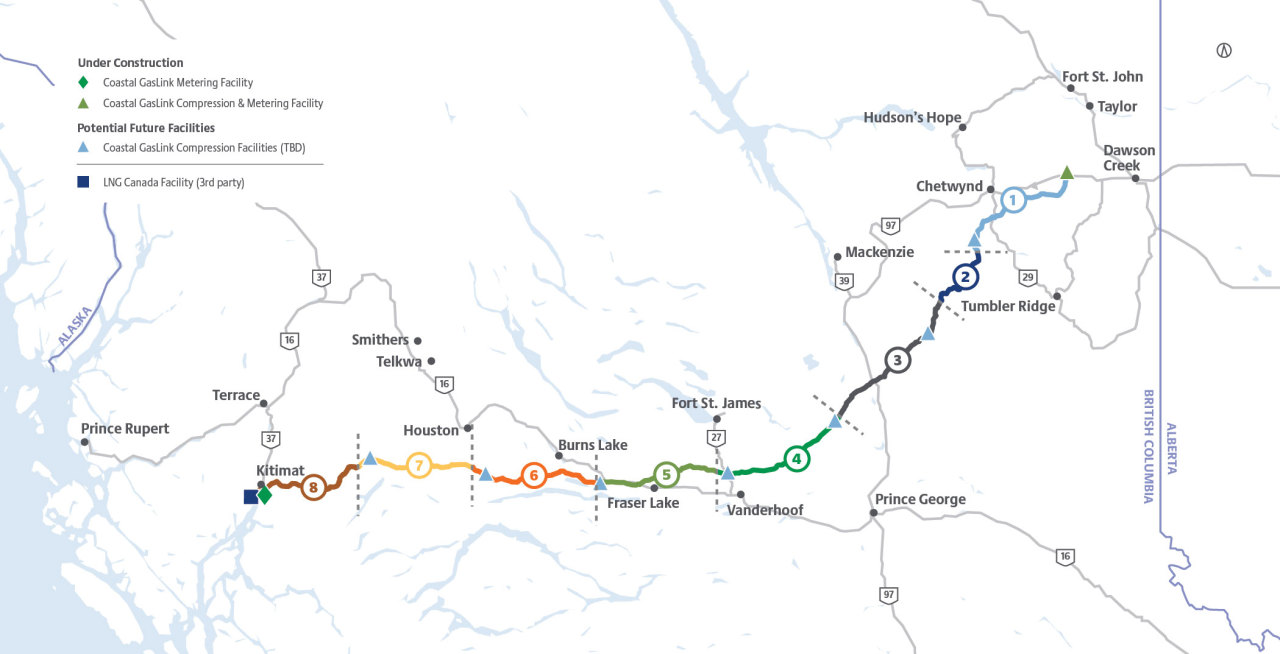 A map of the approved Coastal GasLink route as of May 2020 (Courtesy of Coastal GasLink)
KB Kookmin Bank said Tuesday that it has signed a commitment of 240 million Canadian dollars ($171 million) to finance a Coastal GasLink natural gas pipeline project in Canada through a senior loan.

This is part of the C$6.6 billion project financing from a syndicate of lenders, composed of KB Kookmin Bank and 26 other banks including JPMorgan Chase, Bank of Montreal and Royal Bank of Canada, it added. KB Kookmin Bank was the sole Korean participant.

The loans will go to TC Energy, formerly known as TransCanada Pipelines, that develops the Coastal GasLink project. Under the plan, TC Energy aims to build a 667-kilometer pipeline to carry natural gas from Dawson Creek to an LNG Canada facility near Kitimat, in northern British Columbia.

The facility has signed contracts with energy firms including Shell, PetroChina, Petronas, Mitsubishi and Korea Gas. The project is expected to cost a total of C$6.6 billion.

“We are pleased to successfully undertake the global landmark deal while the overseas project deals have been on a sharp decline due to the novel coronavirus,” KB Kookmin Bank said in a statement, adding it also intends to offer financial support to the state-run Korea Gas in its move to secure national energy resources.

The operation of the facility is expected to start in 2022.