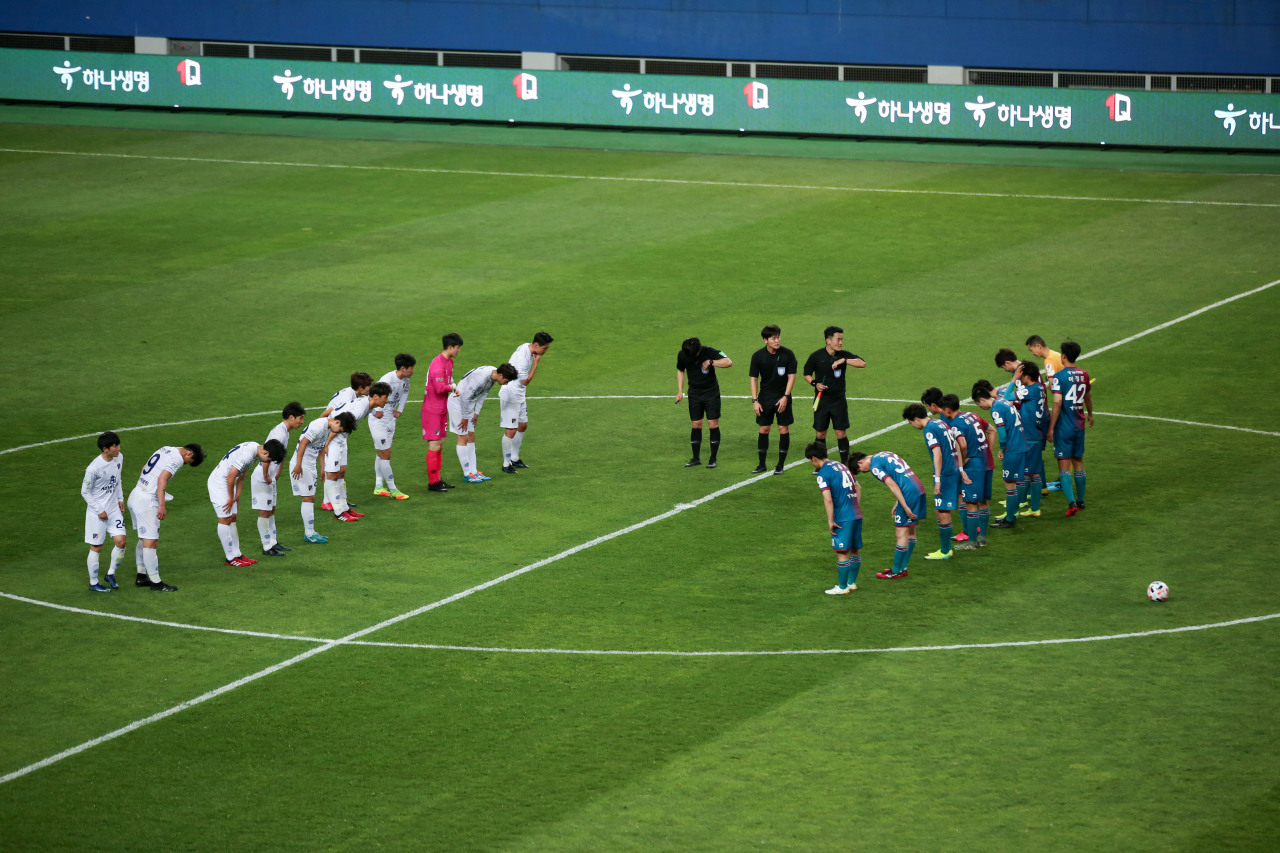 (K League-Yonhap)
The opening match of the 2020 South Korean football season last week drew millions of viewers around the world on its social media platforms, the league office said Tuesday.

The league streamed the match, a 1-0 victory for Jeonbuk, live on those two social media accounts.

For 2020, K League matches will be available on television and other digital platforms in 36 countries.

A league official said Tuesday that the opening match was most popular in Turkey, with 18 percent of all Twitter viewers connecting from the country, followed by Brazil (15 percent) and Spain (9 percent).

According to the league, the first six matches of the season, spread out from Friday to Sunday, had 30,172 simultaneous viewers on average, up nearly 18 percent from a season ago.

The K League season kicked off Friday after more than two months of delay caused by the coronavirus pandemic. Matches will be played without fans until further notice, due to lingering COVID-19 infection concerns. (Yonhap)