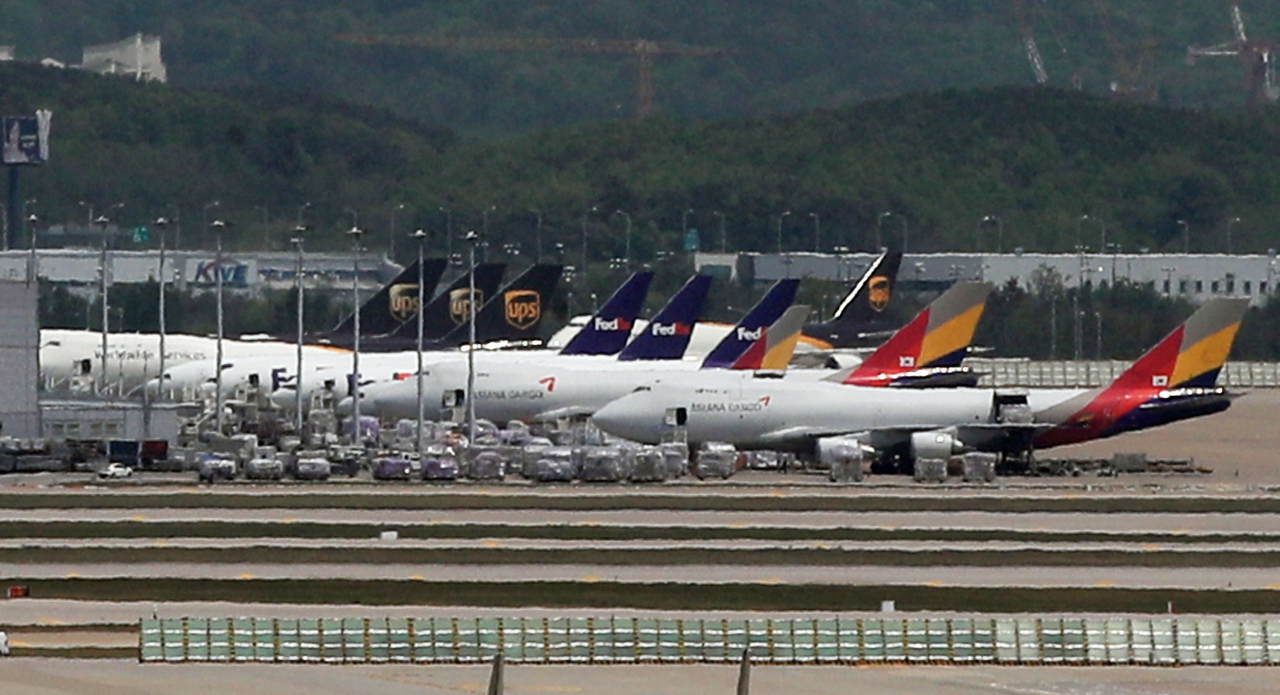 (Yonhap)
Following news report that Incheon International Airport Corp. plans to initiate building a fifth runway and third terminal, the Transport Ministry said Sunday the plan was yet to be decided.

It was reported that the airport would need an additional runway to meet the increasing number of passengers anticipated in the future, though the airport is currently suffering from the fallout from the coronavirus pandemic.

The Ministry of Land, Infrastructure and Transport, however, said that the plan would be decided after gauging future demand.

“While the final step of the construction was to be envisioned in accordance with the rise in demand for Incheon International Airport as specified in the basic construction plan in November 1995, there has been no decision made on any detailed schedule (for further expansion),” the ministry said.

Incheon International Airport currently operates three runways and two terminals. By 2024, the airport will complete construction of the fourth runway and the expansion of the second terminal. When this 4.8 trillion won project ends, the airport will be able to handle 100 million passengers per year.

If the fifth runway and third terminal are constructed, the airport’s capacity is expected to increase to 130 million passengers per year.

The Transport Ministry added that it would decide when to start construction after monitoring how the fourth runway would handle the increasing number of passengers.

The construction of the new runway, if decided, is expected to take place at the site where Sky 72 Golf Club’s Ocean Course is located, according to news reports.