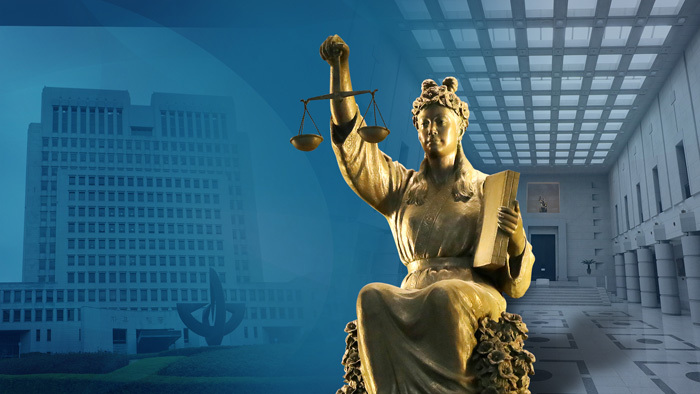 (Yonhap)
BUSAN -- A South Korean woman who was convicted 56 years ago of biting off the tongue of her attempted rapist will file for a retrial this week, a local women's rights group said Monday.

The 74-year-old woman, Choi Mal-ja, will submit the request with the Busan District Court in the southeastern city on Wednesday, according to Busan Women's Hot Line. She will plead self-defense.

In 1964, then 18-year-old Choi bit off 1.5 centimeters of her attacker's tongue while fighting the 21-year-old man who was trying to rape her near her home.

She was sentenced to six months in prison, suspended for two years, for committing grievous bodily harm. She was incarcerated for six months during the trial.

The perpetrator was only charged with trespassing and blackmail and sentenced to six months in prison, suspended for two years.

At that time, Choi claimed she acted in self-defense, but the court did not accepted her argument.

She even suffered secondary damage during the trial when the judge asked Choi whether she had affection for the man and suggested she marry him.

The case has been recorded as one of the most controversial rulings in South Korea's deeply patriarchal, male-dominated society.

Choi consulted the Women's Hot Line in late 2018, after the #MeToo movement was sparked by a prosecutor and a governor's aide, who spoke out about sexual abuses they suffered from male superiors.

"There will be many women who have lived with resentment, like Choi, stemming from the patriarchal social atmosphere of that time. She has decided to seek a retrial after 56 years to communicate a message of courage and self-esteem to such women," an official of the group said.

Choi, her lawyers and Women's Hot Line activists plan to hold a news conference before applying for a retrial on Wednesday, the group said. (Yonhap)