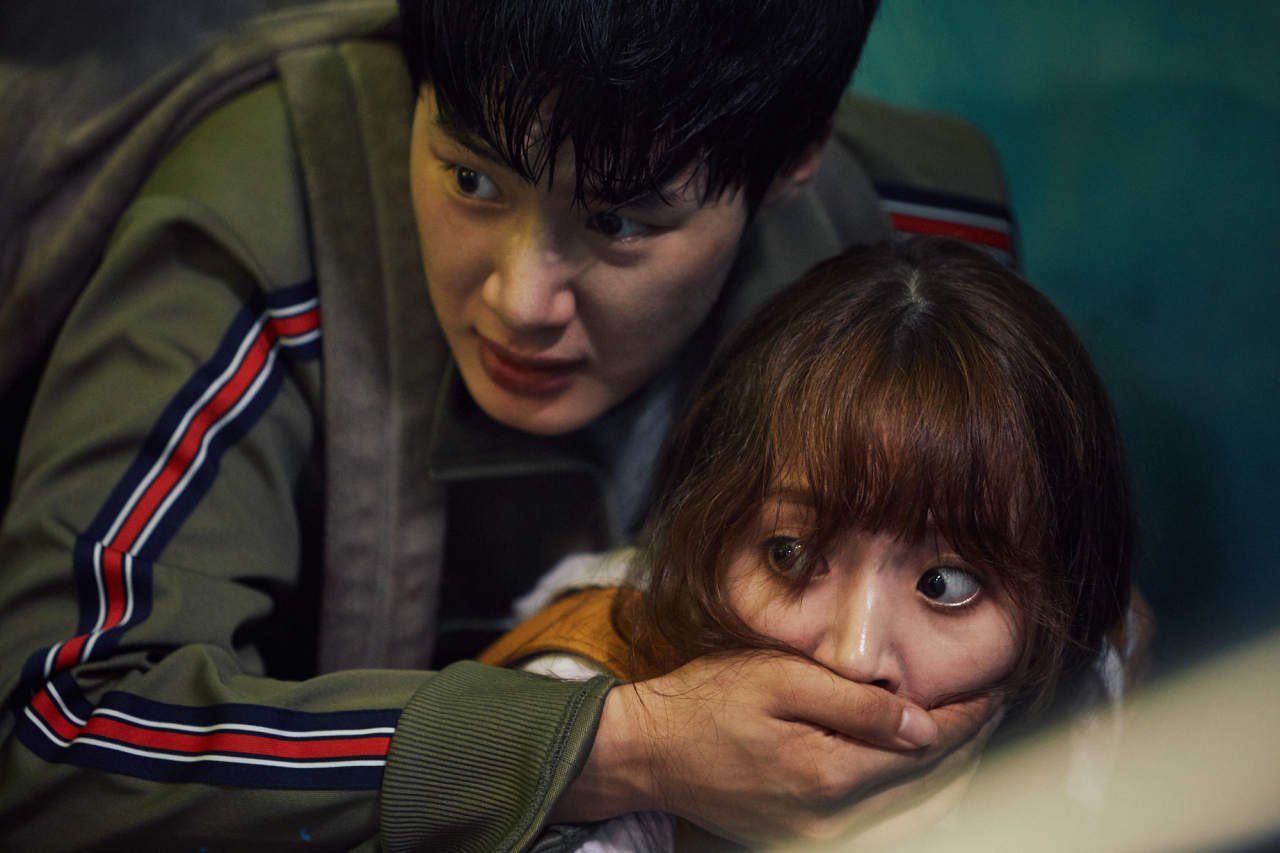 “Extracurricular” (Netflix)
Are teenagers responsible for their deliquency and are adults free of culpability for the teenagers’ crimes?

Yoon Sin-ae, CEO of the series’ production company Studio 329, said that when she received the script from budding writer Jin Han-sae, she knew she had to do it.

“The series tells the story of teenagers who destroy their own lives by making wrong decisions. I wanted to throw out questions about crimes that happen around us in real life,” Yoon said during a press event Tuesday.

The series is helmed by veteran director Kim Jin-min of “She Was Pretty” (2015) and “Time Between Dog and Wolf” (2007), and features young and aspiring actors Kim Dong-hee, Jung Da-bin, Park Ju-hyun and Nam Yoon-soo in lead roles. 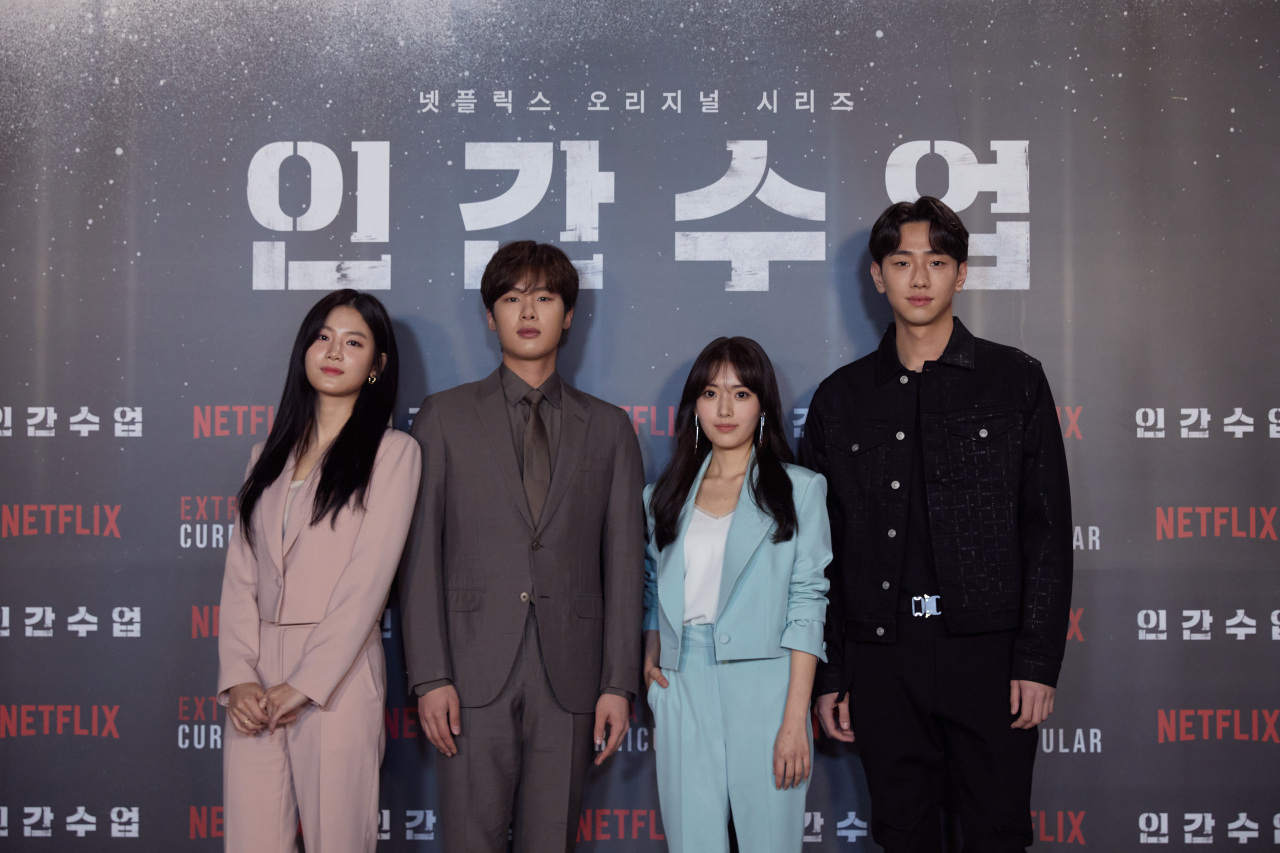 Cast members of “Extracurricular” -- Park Ju-hyun (from left), Kim Dong-hee, Jung Da-bin and Nam Yoon-soo -- pose for photos Tuesday. (Netflix)
“Second year in high school is a time when people start to make their own decisions about life and take responsibility for them. However, whether one’s intention was good or bad is yet unclear,” director Kim said. “If there had been a set answer in the story, I wouldn’t have taken it. The script throws out a question which everyone could think about.”

Referring to the recent “Nth Room” case involving teenagers as both perpetrators and victims of online sexual exploitation, Yoon said, “The incident was so shocking that I felt frightened. ‘Extracurricular’ could become an opportunity to discuss this uncomfortable reality. As a creator, I felt I had to deal with the issues of our society with more depth and responsibility.”

Actor Kim Dong-hee, 20, who starred in smash-hit drama “Sky Castle” last year and recently appeared in “Itaewon Class,” takes on the lead role of Ji-soo in the new series.

Actress Jung, 20, plays Min-hee, who rules over her peers at school and gets involved in Ji-soo's criminal activities, also for money.

“Min-hee is a character that I haven’t played before. I put in a lot of effort to break the wall between Min-hee and myself,” said Jung, who already has a 17-year acting career.

Actress Park was cast for the role of the popular yet rebellious Kyu-ri, and actor Nam plays Min-hee’s boyfriend Ki-tae.

”The two male and two female characters in the story all make different decisions. The story shows that questions don’t lead to answers but just more questions. The writer has written a terrifying script,” director Kim said.

All 10 episodes of “Extracurricular” were released on Netflix at 4 p.m. on Wednesday.