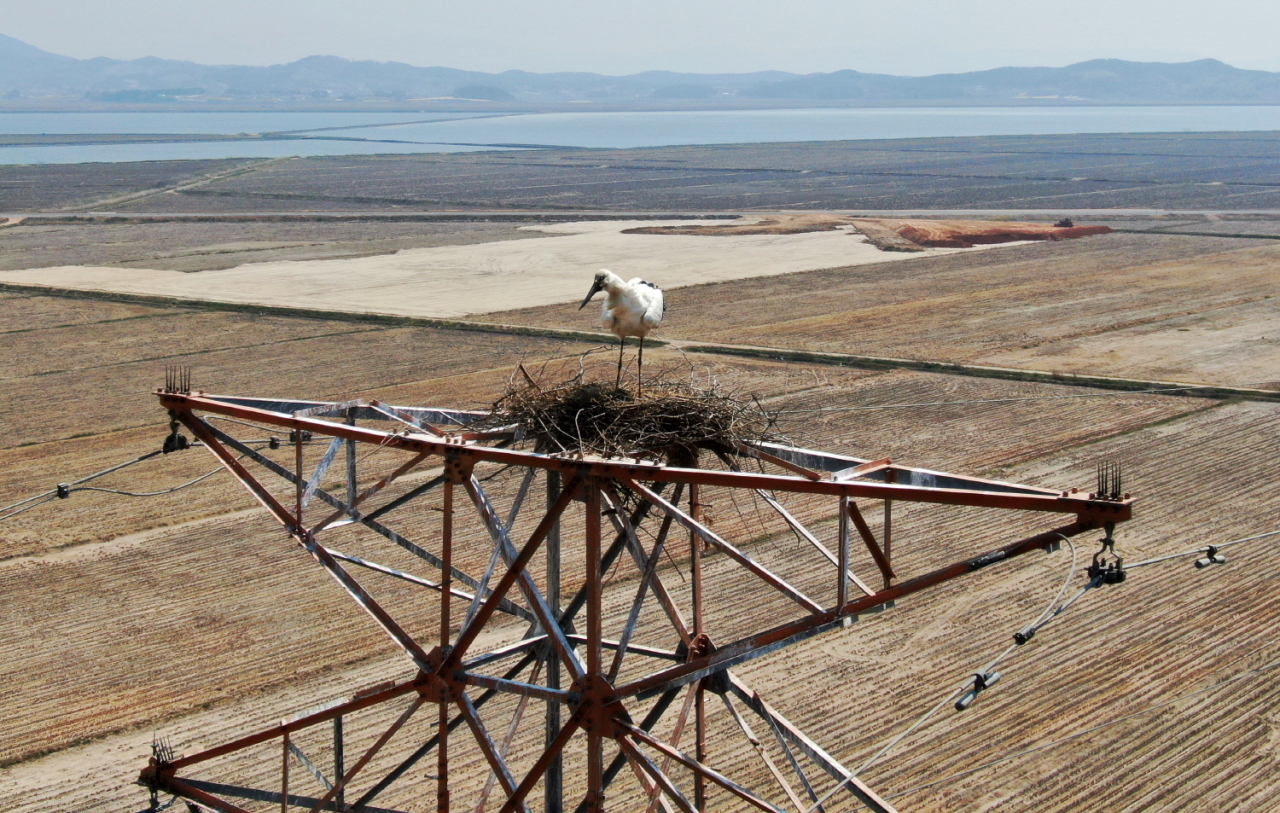 A pair of oriental storks, endangered species designated as South Korea’s natural treasure No. 199, laid eggs in a nest they had built on top of a transmission tower standing in the middle of a farmland in southern Taean, South Chungcheong Province on Tuesday. 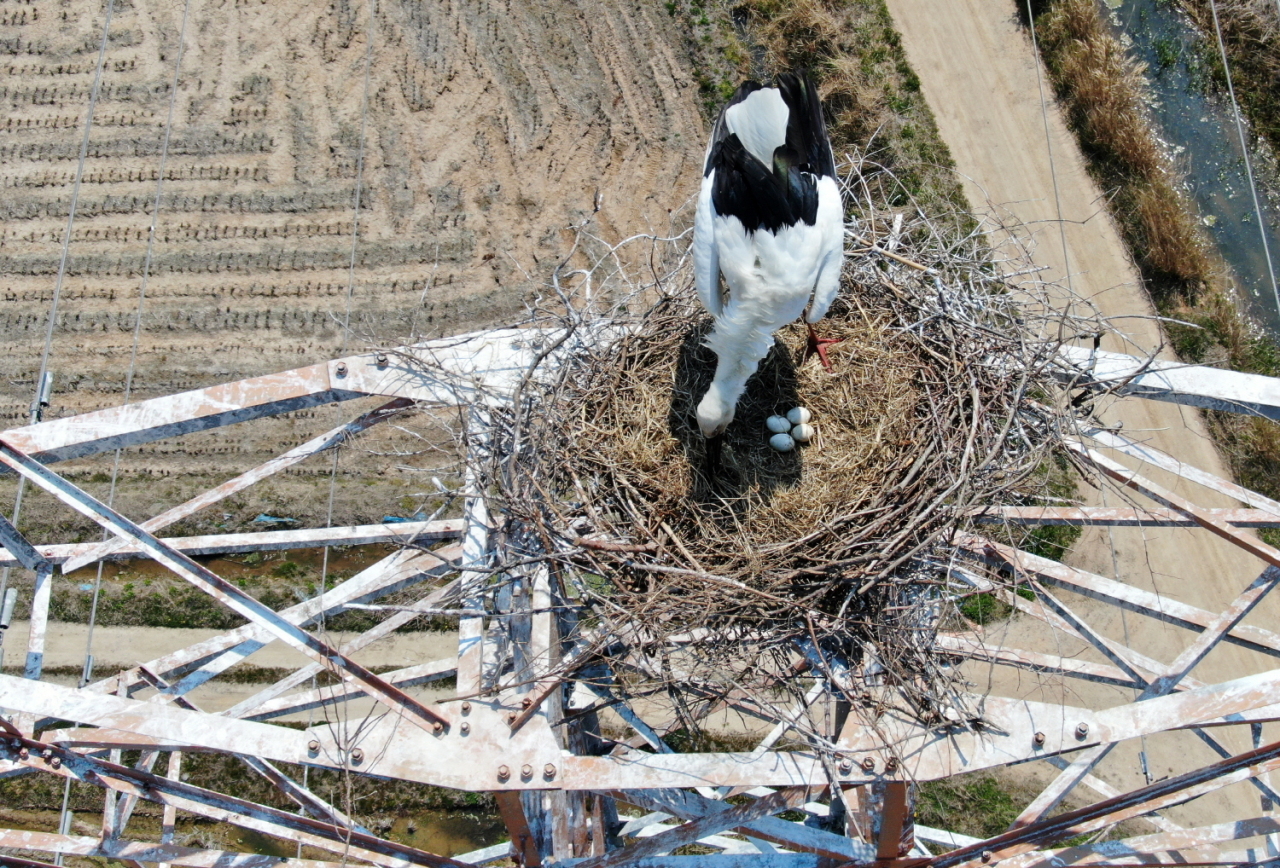 The storks inhibited in the wild after being artificially fecundated at Yesan Stork Park in South Chungcheong Province. It is rare for wild storks to find their mate and build a nest on an ordinary structure like a transmission tower. 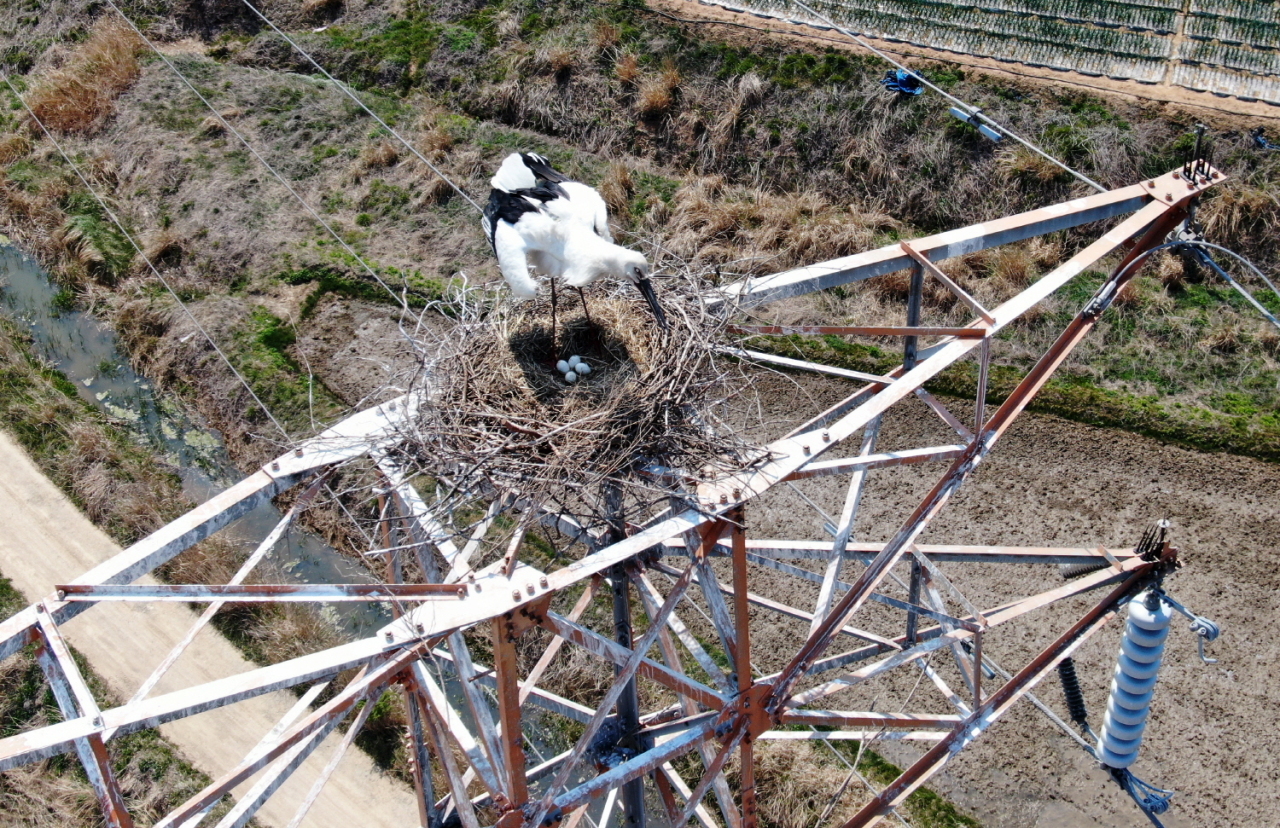 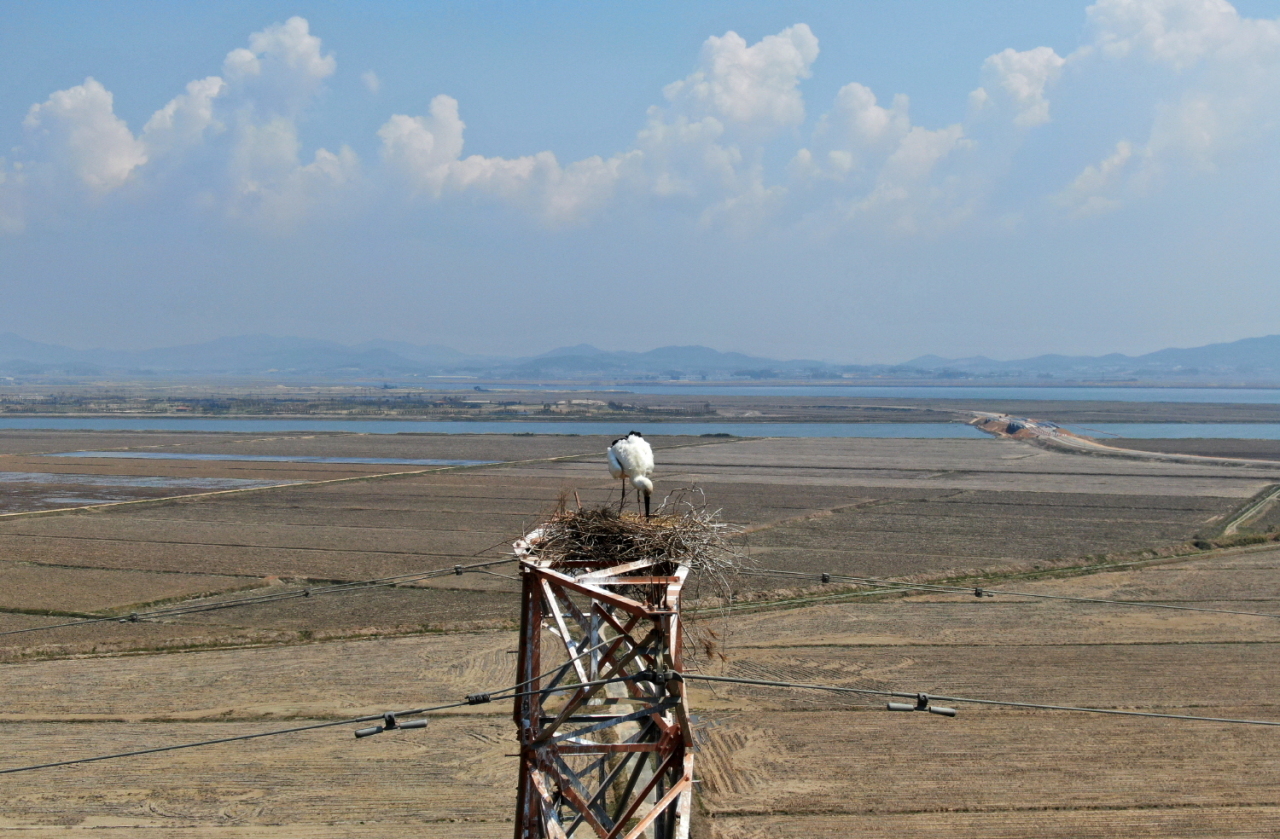