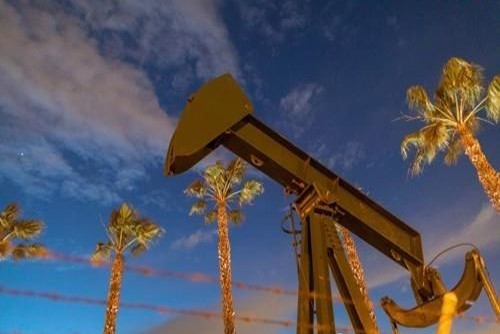 (Yonhap)
South Korea on Thursday decided to inject emergency funds into the nation’s five key industries -- automobiles, aviation, shipping, shipbuilding and oil refineries -- that are facing a liquidity crisis since the outbreak of the new coronavirus.

It discussed customized support measures for each industry at the crisis management meeting led by Finance Minister Hong Nam-ki as a follow-up measures to President Moon Jae-in’s announcement of a 40 trillion won ($32.5 billion) worth relief package.

Airlines are virtually paralyzed due to restrictions on entry into 183 countries. As of the second week of April, international passengers and cargo plunged 98.1 percent and 35.2 percent, respectively, from a year earlier.

In the case of cars, export disruptions are expected to begin in April due to the closure of dealers in the US and other major countries. The management crisis is expected to begin in earnest for shipping in the second quarter when the volume of supplies will be reduced after COVID-19.

The automobile industry will be given tax benefits. The government will extend tariffs related to parts imports and the payment of value-added taxes for the first half of the year by up to 12 months.

In order to lure demand, the government and public agencies will purchase about 8,700 vehicles and pay up to 70 percent in advance on contracts.

In the case of shipping, the government will focus on supplying liquidity.

The Maritime Ministry has set aside 1.25 trillion won to support shipping companies. The funds include a plan to provide up to 470 billion won to HMM, a flag carrier, to repay maturing ship financing.

In order to help small and medium-sized shipping companies facing a liquidity crisis, the Korea Ocean Business Corp. will purchase up to 100 billion won in corporate bonds.

The government will also provide 200 billion won in refund guarantee for small and medium-sized shipbuilders.

“As the global economic downturn begins in earnest in the second quarter of this year, there is a growing concern that real and employment shocks will expand,” said Finance Minister Hong Nam-ki.

“The government will continue to take special measures to ensure that domestic demand and exports show signs of recovery in the second half of the year and make all-out efforts to respond to the policy in a timely manner.”