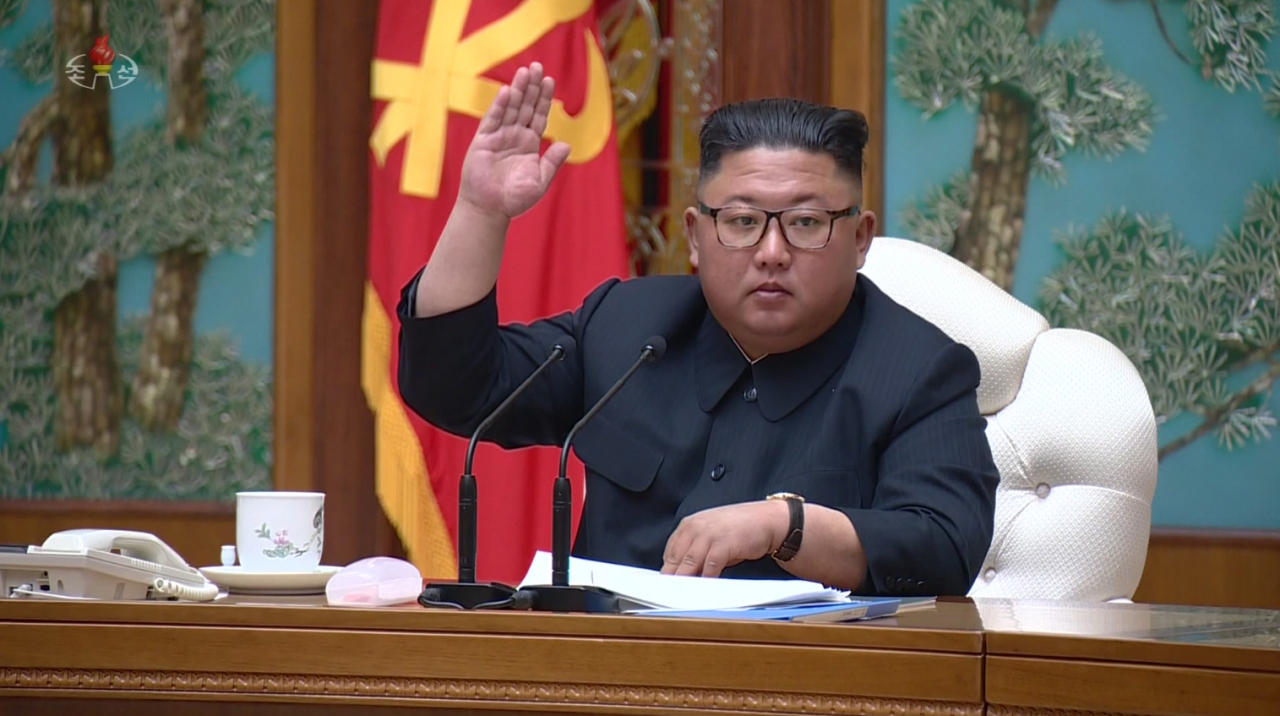 "So far we haven't come across any unusual signs in North Korea," said Kang Min-seok, spokesperson for Cheong Wa Dae, in a message to reporters sent hours after CNN said Kim was in critical condition following surgery, citing an unidentified US official with direct knowledge.

"From what we see now, it’s business as usual with Kim," another senior presidential official said in response to the CNN report. Seoul’s Unification Ministry said there was nothing to comment on the report.

Speculations over Kim's health started mounting when he was absent from the celebration to mark the birthday of the country's founder as well as his grandfather Kim Il-sung on April 15. The 36-year-old leader had never missed the event since coming to power in 2012.

Kim's last public appearance came four day earlier on April 11, when the ruling party convened a politburo meeting. Then the next day on April 12, Kim had reportedly visited an air base and observed drills by fighter jets, according to the Korean Central News Agency.

This was not the first time leader Kim has gone missing.

In 2014, he disappeared for 40 days, skipping key party meetings and stoking fears that he had been ousted by a coup. Then he reemerged with a cane, with the state media admitting to his physical discomfort, which Seoul's spy agency later revealed to be a "foot condition."

China, North Korea's closest ally, said it was unlikely that Kim had fallen into a grave health condition. An official at the Chinese Communist Party's International Liaison Department in charge of communication with North Korea told Reuters that the source did not believe leader Kim was gravely ill.

Japanese Foreign Minister Taro Kono was more restrained, saying it was not the time to discuss the matter, despite a number of developing stories on Kim's health. Both China and Japan avoided discussing whether Kim actually underwent surgery.

"Any credible direct reporting having to do with Kim would be highly compartmented intelligence and unlikely to leak to the media," a Korea specialist working for the US government told Reuters on condition of anonymity.