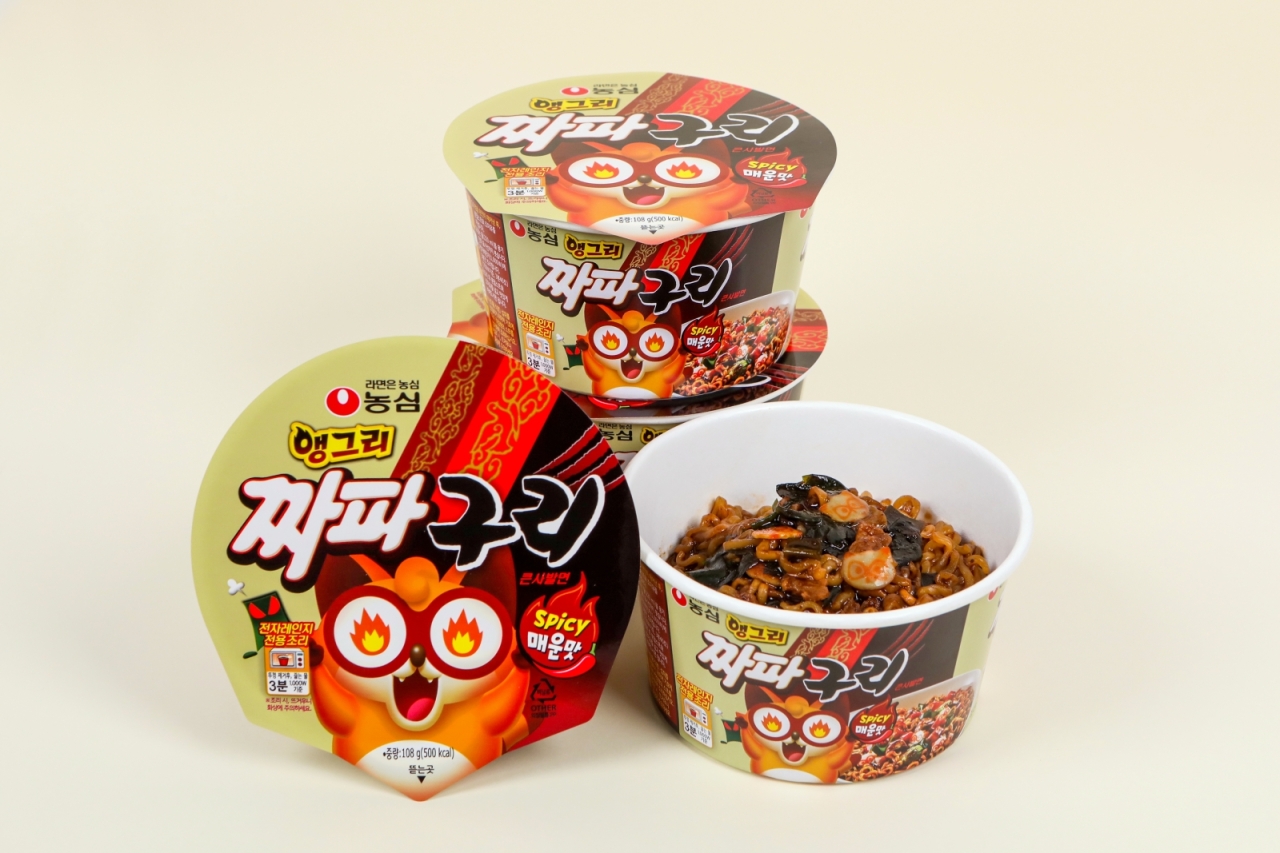 Chapaguri (Nongshim)
Nongshim said Monday it is launching a ready-made instant Chapaguri cup noodle, which has garnered global popularity after being prominently featured in the Oscar-winning film “Parasite.”

The new Chapaguri product will be in the form of instant cup noodles, and it will be released in Korea first on Tuesday, Nongshim said.

For imports, the company said it will roll out two types of Chapaguri cup noodles, Angry Chapaguri and Original Chapaguri, adding spice and seafood to the former.

(Nongshim)
The company said it decided to produce the Chapaguri as a whole product upon requests from global customers.

“The popularity of Chapaguri continues around the world, with people sharing food reviews on social media,” a Nongshim official said. “There have also been many requests from customers overseas for cup noodle products, as they are less familiar with cooking bagged instant noodles.”

The imports of Chapaggetti jumped 116 percent in March on-year, Nongshim said. In February, the import growth was 120 percent that of the year earlier, the company added.