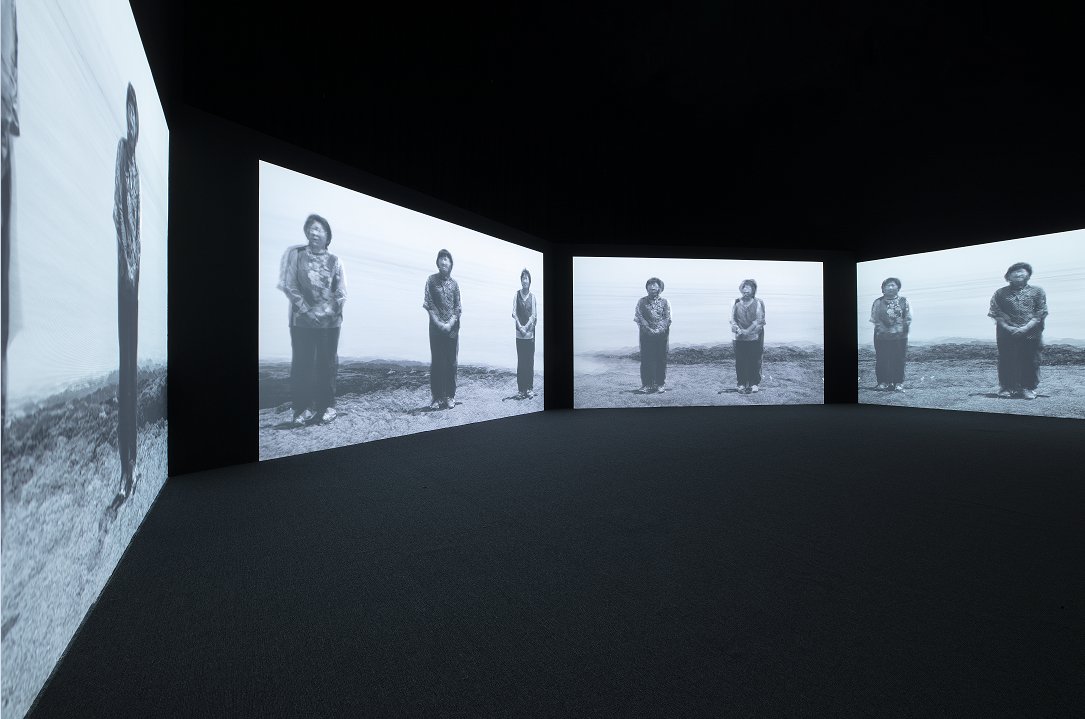 “The Perfect Harmony” by Kim Woo-jin (Nam June Paik Art Center)
In a dark room, 10 Haenyeo -- female divers of Jeju Island who harvest sea food -- appear on four video screens. Standing in a row, they sing a work song in the Jeju Island dialect, one of the world’s critically endangered languages.

The 10 women slowly fade out one by one from the screen, illustrating the reality of the dwindling number of Haenyeo. At the end of the 5-minute video, the last Haenyeo disappears eventually and with it the song.

The video work, “The Perfect Harmony” by Kim Woo-jin, is part of the Nam June Paik Art Center’s special exhibition, titled “The Future of Silence: When your tongue vanishes.”

The exhibition was unveiled online earlier this month on YouTube as the museum is temporarily closed due to the COVID-19 pandemic. The museum has not yet decided on the date of its reopening.

The exhibition sheds light on what languages mean to humans, casting questions on what would ultimately replace an extinct language, how powerful it is to be able to speak English, and how one can communicate other than through spoken words.

“We explored a variety of languages, learning from Paik Nam-june who regarded languages as a crucial element in his art after living in different countries such as South Korea, Japan, Germany and the US,” curator Kim Yoon-seo told The Korea Herald, leading a special guided tour of the exhibition for press.

“Paik Nam-june once said ‘any media study should start with the languages. The language forms one’s identity,’” Kim added.

The installation work, “Enunciating silence and” by installation artist Jesse Chun, looks into the power hierarchy of languages. By pouring liquid chemicals into molds in the shape of letters, originally Children’s educational toys, the artist explored the hegemony of English. 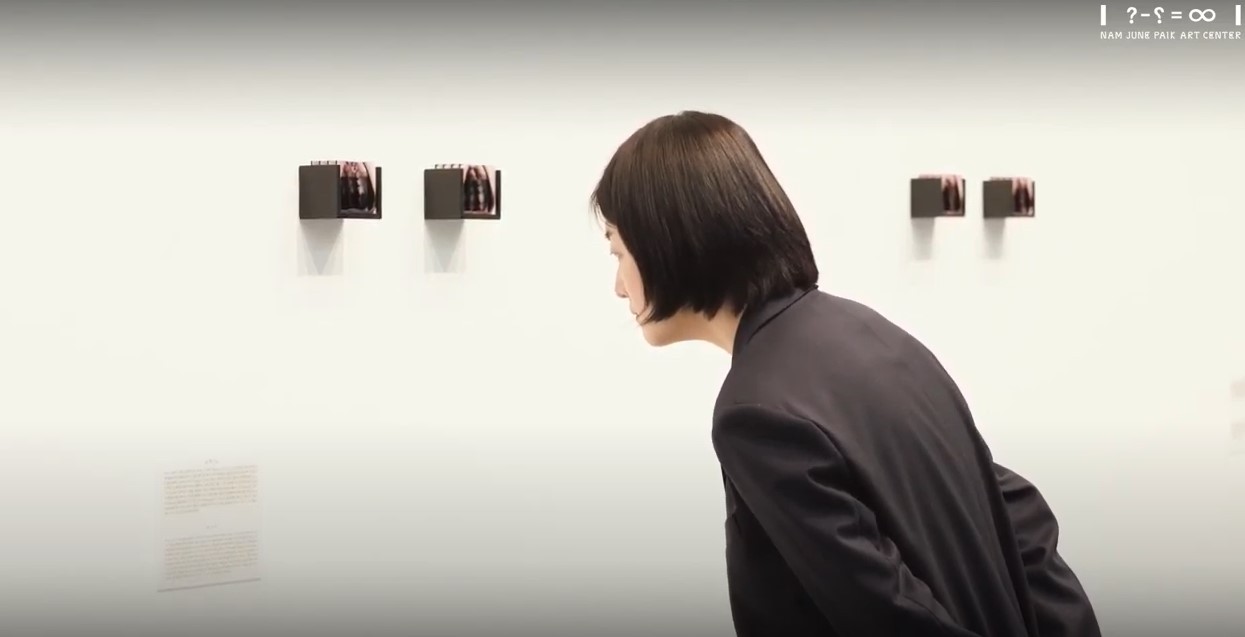 Curator Kim Yoon-seo gives a guided tour of the exhibition on YouTube video. (Screen shot from Gyeonggi Cultural Foundation‘s YouTube channel)
The exhibition particularly resonates at a time when we have less opportunity to speak with others as we practice social distancing in the time of the novel coronavirus.

The virus pandemic particularly sheds light on non-verbal languages, such as the sign language.

A sign language interpreter who appears next to the speaker at news briefing about the virus situation on TV has caught her attention, curator Kim said. “The interpreter does not wear a face mask because facial expression is also an important non-verbal language to those who have no hearing,” she said.

“The Colour of Saying” by Angelica Mesiti, an Australian video artist whose works were presented at last year’s Venice Biennale, explores the possibilities of non-verbal communication in a three-channel video.

The online tour, led by curator Kim, was released on April 6. In the 11-minute video, Kim guides the viewers through 11 artworks by eight artists.

“We have agonized over how we can provide a chance for people to experience the exhibition when they cannot visit to the museum. But the online video does not fully replace appreciating these works in person,” Kim said.

The online guided tour is available at https://bit.ly/3agmEfK