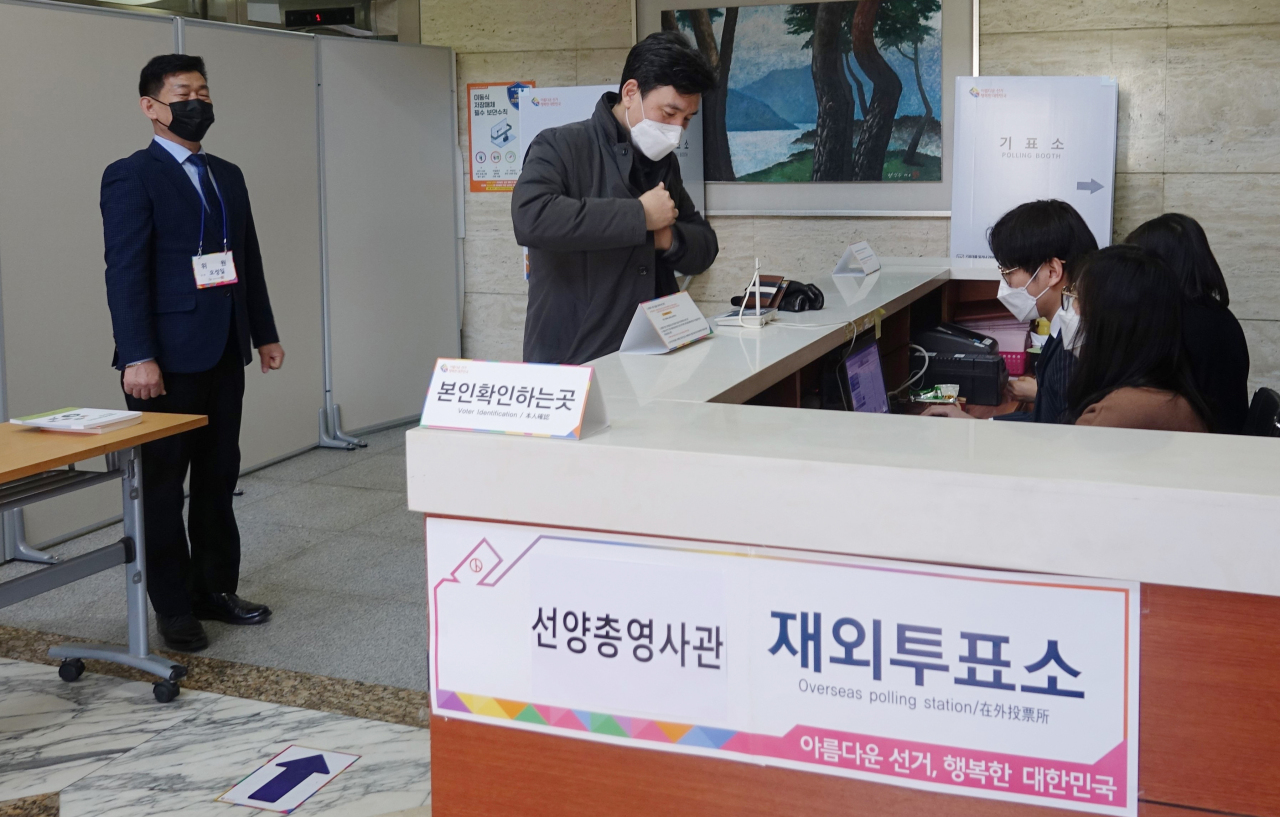 Overseas voting was conducted from April 1-6 at 85 diplomatic missions, after voting was suspended at 91 missions due to the spread of COVID-19. The disruption affected more than 87,200 voters, or about half of those eligible.

The ballots will be sent home through diplomatic pouches. In case it is impossible to send them back, they will be counted at those missions.

Among the eligible voters, 1,610 have returned to South Korea and registered to vote at home, NEC said. (Yonhap)