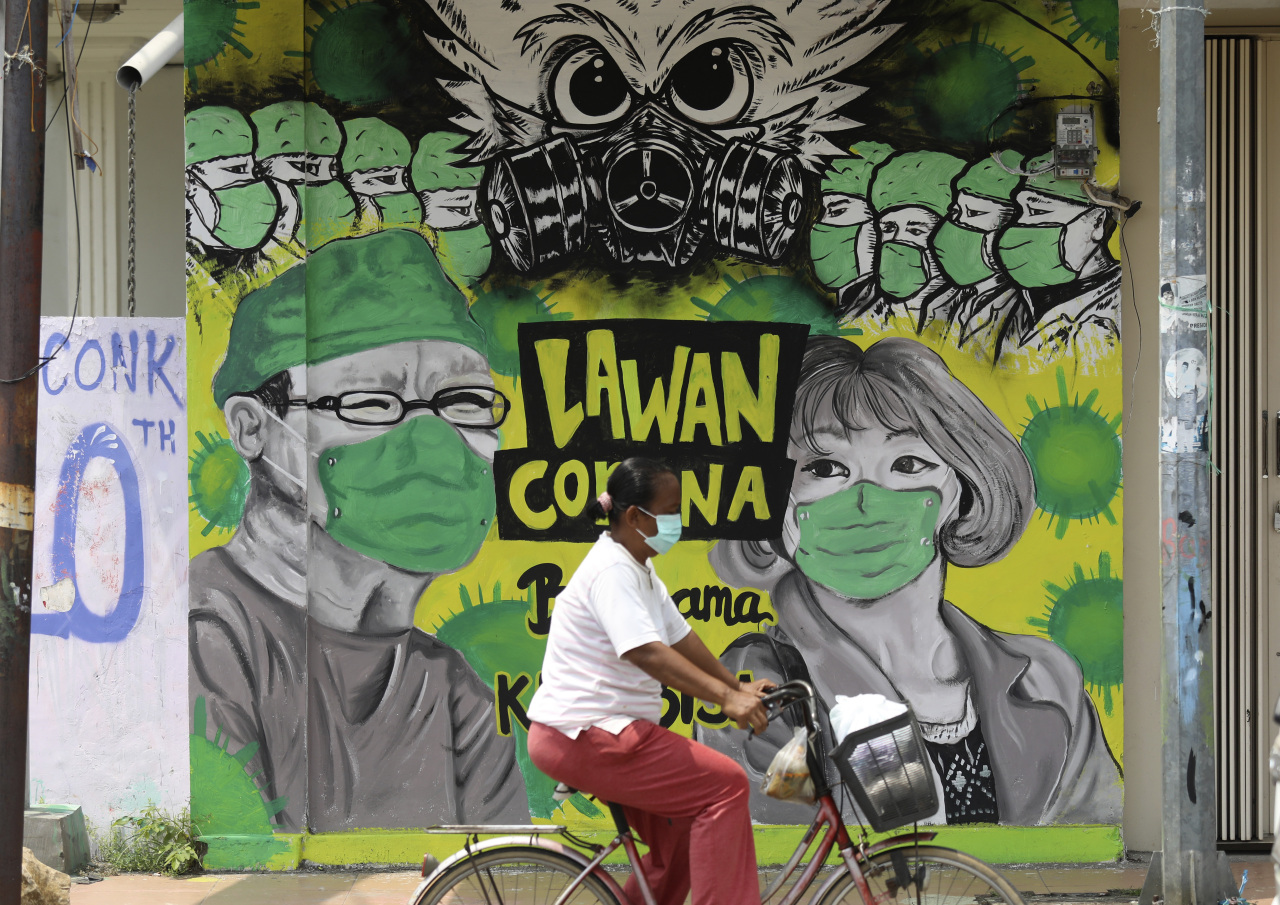 A woman rides her bicycle past a coronavirus awareness mural depicting medical workers in Bangkalan, Madura Island, Indonesia, Monda. (yonhap)
PARIS (AFP) -- The new coronavirus has killed more than 70,000 people across the globe, the majority in Europe, according to an AFP tally Monday at 1100 GMT.

Out of a total of 70,009 killed in the pandemic, 50,215 are in Europe, according to figures compiled from official government data and the World Health Organization.