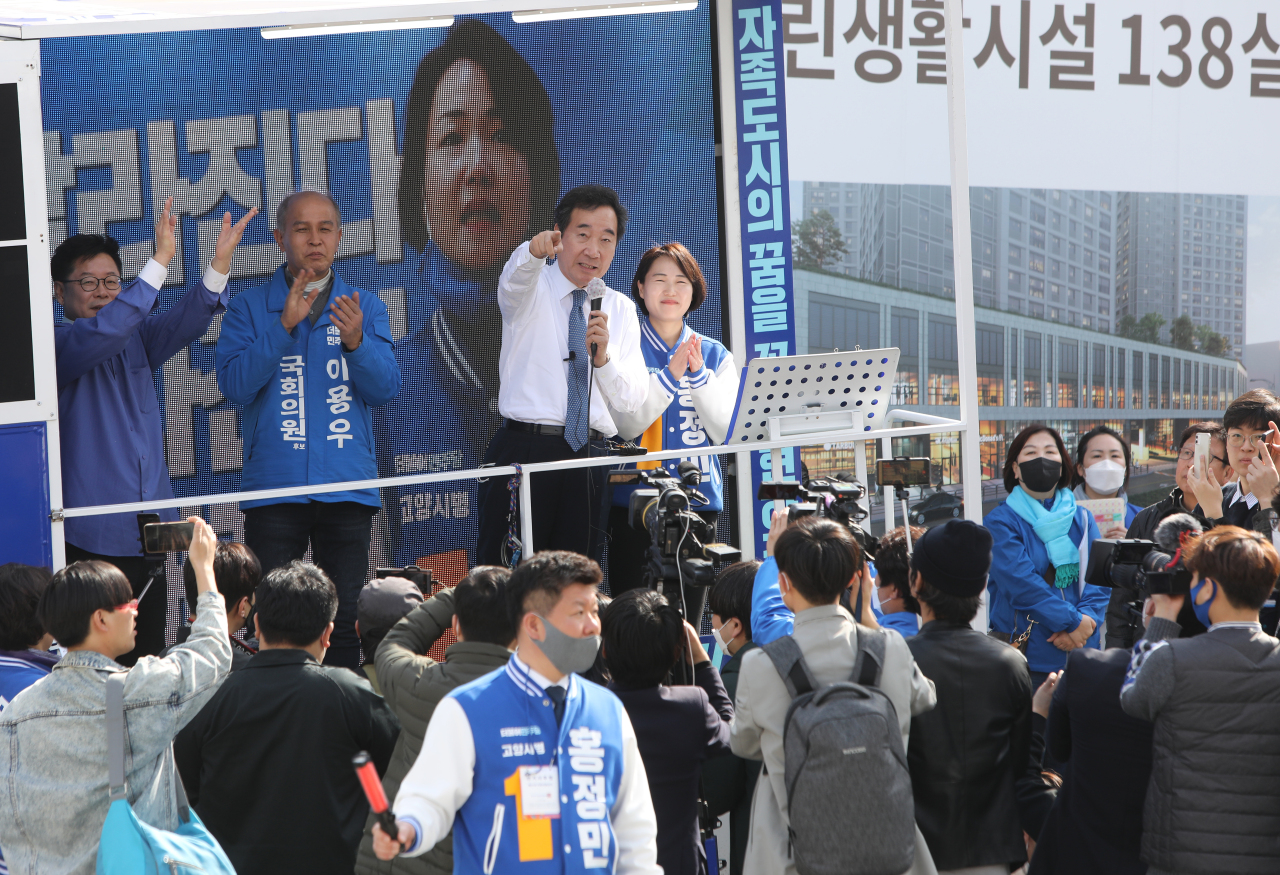 Scrambling to make appeals to voters ahead of elections next week, rival political groups on Monday proposed coronavirus relief subsidies for all South Korean citizens to mitigate the economic fallout from the pandemic.

Lee Hae-chan, the leader of the ruling Democratic Party of Korea, said Monday that the ruling party will push to expand the scope of the government’s stimulus program to have all income brackets benefit from it.

The government’s plan, announced last week, envisions relief funds of up to 1 million won to households in the bottom 70 percent income bracket, using health insurance premiums as a standard in determining eligibility.

“It is important for the country to show that it protects all the citizens regardless of their income, class and region,” Lee said.

According to the Democratic Party, its plan will cost some 13 trillion won, compared to 9 trillion won of the government’s scheme.

On Sunday, Hwang Kyo-ahn, leader of the conservative main opposition Future Korea Party, proposed subsidies worth 500,000 won ($405) for each citizen.

“(The stimulus program) caused confusion and discontent over who would actually receive the benefits. Financial losses that self-employed people face weren’t factored into the scheme,” Hwang said Sunday while campaigning for the April 15 general election.

Hwang said the government should raise the 25 trillion won needed to realize his proposal by reorganizing the 2020 national budget, worth 512 trillion won.

Under the government’s current plan, about 9.1 trillion won worth of assistance is to be distributed among 14 million households or 35 million people. It said health insurance premiums for March would be used to determine who is eligible for the aid, and how much each household receives.