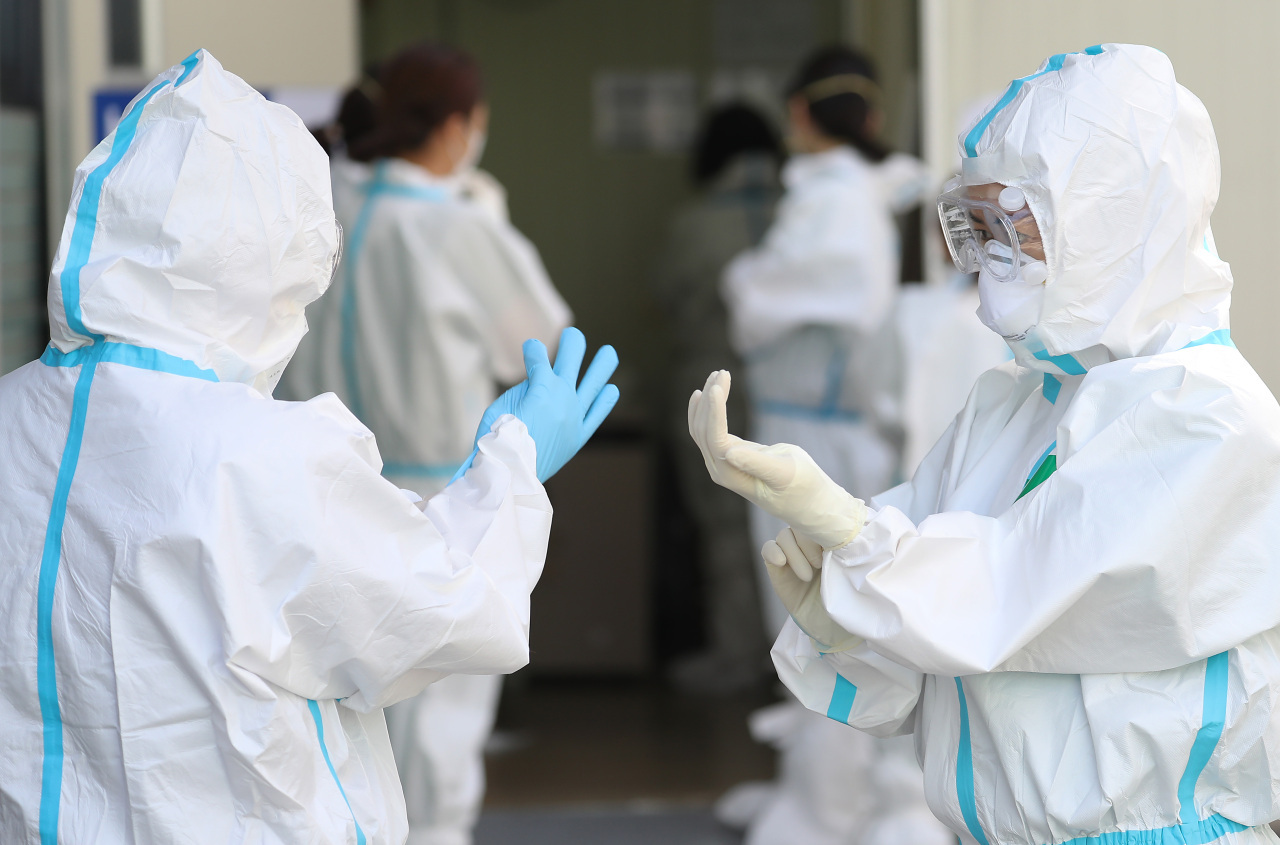 (Yonhap)
The number of people testing positive for the novel coronavirus for the second time after making a full recovery is growing, sparking fresh concern in the country’s fight against the pathogen.

Health authorities are on high alert as seven staff and inpatients at a nursing hospital in North Gyeongsang Province were rediagnosed with COVID-19.

This pushed the number of repeat patients in the region to 17 as of Sunday. Twelve of them were reported over the span of three days last week.

In one of the cases, a 41-year-old virus patient was discharged from isolation in late March upon a full recovery, but tested positive for the virus again on April 3, 11 days after being discharged, according to provincial officials.

An epidemiological survey is underway to determine whether the virus had reemerged from within the patient’s system or if it was caught for the second time from someone else, health authorities said.

As the daily average of patients catching the virus hovers at around 100, Korea has recently seen an uptick in the number of people identified with the virus for a second time.

Following the rediagnosis of a family in Gimpo, Gyeonggi Province, last month, Korea Centers for Disease Control and Prevetion Director Jeong Eun-kyeong took a cautious approach on the cause of the reappearance of the virus.

“There have been over 10 cases of rediagnosis in Korea. We will gather more information on this and continue to look into it with specialists and epidemiologists,” said KCDC Director -General Jeong Eun-kyeong in a briefing last month. An update on the rediagnosis cases across the country was not available.

“We need to review them case by case to see if they were reinfected or the virus within their system had been revived. … Experts seem to be leaning toward reactivation of the virus, but an in-depth analysis is needed,” she added.

There have also been reports of infections after the elapsing of the 14-day quarantine period, or incubation period.

A 31-year-old patient who spent over three weeks in self-quarantine tested positive for the pathogen Saturday.

He had been in quarantine since March 11 after coming into contact with his older brother, a virus patient, who has a travel history to Germany and France.