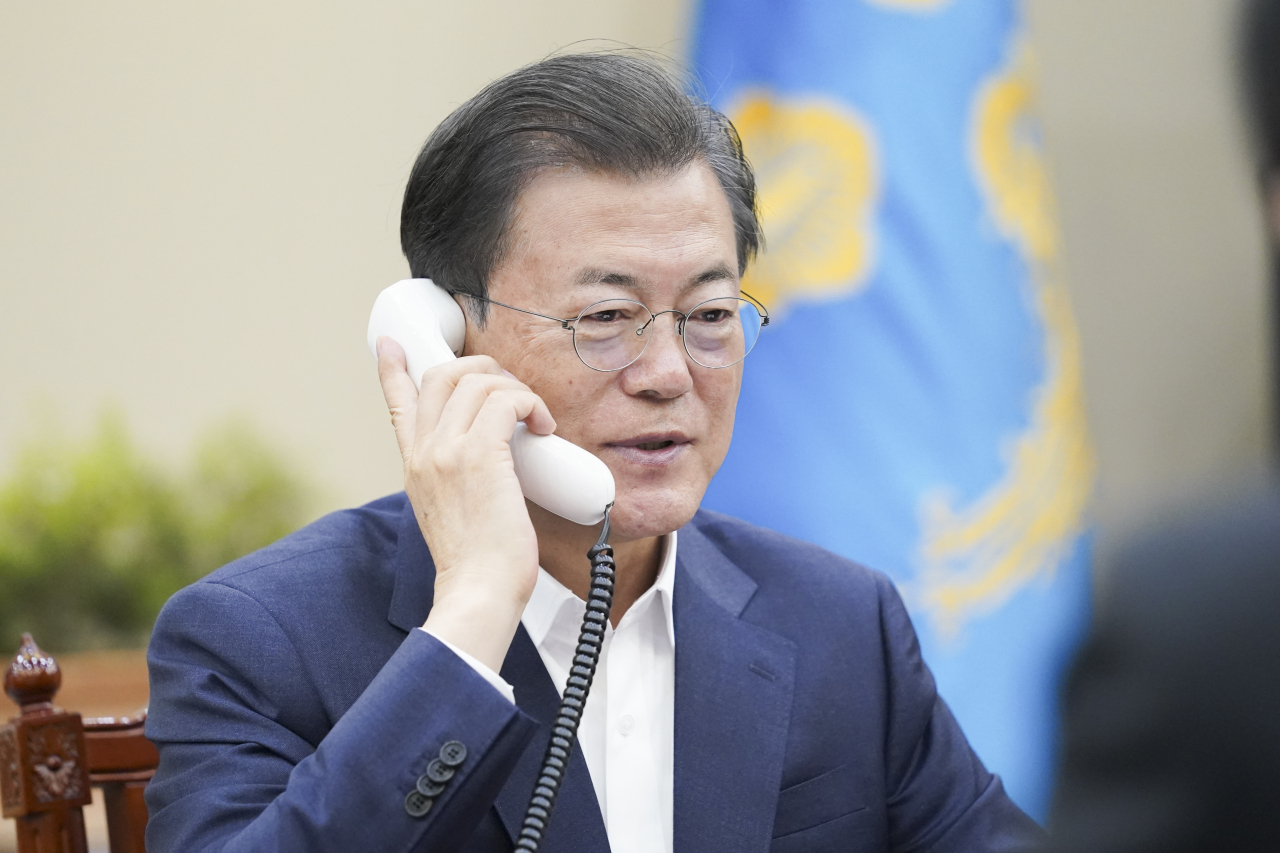 According to Cheong Wa Dae, Trudeau said that Seoul was responding to the issue scientifically and had avoided putting too much pressure on the country’s health system, and that Canada plans to take a similar approach.

Cheong Wa Dae spokesperson Kang Min-seok also quoted Trudeau as saying that he considers the extensive and rapid tests, as well as tracking of those who came into contact with COVID-19 patients, as being very important, adding that Canada wants to “learn from Korea.”

The call with Trudeau was the latest in a series of conversations with world leaders held since the virus began to spread rapidly in Korea. Seoul’s response has drawn international attention.

While the Moon administration has drawn heavy fire over a perceived lack of response from the country’s conservative bloc, Seoul’s response has been lauded as being swift and effective by foreign media and governments.

On Tuesday, Moon spoke with Spanish Prime Minister Pedro Sanchez and with US President Donald Trump later in the day.

In the Moon-Sanchez conversation, the Spanish leader stressed the need for international cooperation and requested Seoul’s support in arranging teleconferences between infectious disease experts of the two countries, as well as medical aid from South Korea.

According to Cheong Wa Dae’s account, the topics in Moon’s conversation with Trump were largely similar, with Trump requesting Korea provide diagnosis kits. According to Seoul, Trump also stated that he will ensure that Food and Drug Administration approval is given immediately to Korean-made kits.

According to Cheong Wa Dae, Macron and Lofven praised Korea’s response to the outbreak and expressed hopes to share Korea’s experience as their countries brace for the spread of the virus.

Later on Thursday, Moon was set to attend a teleconference of G-20 leaders to discuss ways to cooperate against the COVID-19 pandemic and its economic fallout.

According to Seoul’s presidential office, the leaders were set to adopt a joint declaration on international cooperation on battling the pandemic. The teleconference was also set to include leaders of Jordan, Senegal, Singapore, Spain, Switzerland, Vietnam and the United Arab Emirates.

It remains unclear if other related matters pushed by Seoul will be discussed at the meeting. In addition to cooperating in dealing with the pandemic, Seoul has been working to enable Koreans to travel to countries with existing entry bans for business purposes.