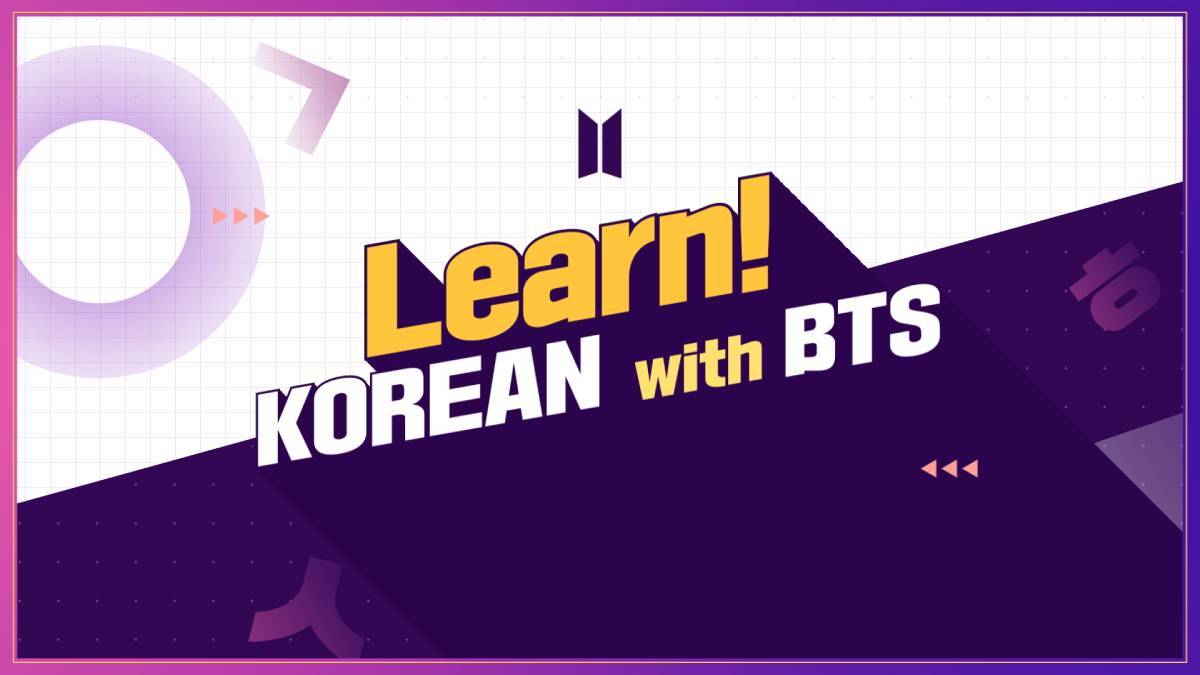 Available free of charge on Weverse, a fan-community app created by the label, each is a three-minute-long compilation of footage of BTS from shows like “Bangtan Bomb” and “BTS Episode,” repeating a simple phrase or expression.

Learning a foreign language can be exciting but also difficult. And if one is presented with a list of grammar rules or vocabulary early on, it could get boring very quickly.

But being only three minutes, “Learn Korean with BTS” doesn’t allow you to get bored. Short and simple, each episode is unified under one theme, such as saying hello or asking how one’s been. The clips grasp even viewers with short attention spans. They don’t overwhelm or overcomplicate things, but present only the essential phrases.

These videos have served as a great motivator for fans who wanted to learn Korean but were not able to regularly keep up with the practice. Their release gathered a community of learners under the hashtag #LearnKoreanWithBTS on Twitter. Many encourage each other by sharing their tips on learning Korean, links to other supplementary resources, images of Hangul charts and pictures of their study notebooks.

But fast and unstructured

As much as having BTS as teachers makes it easy on the eyes, they are not actual teachers. The bandmates to begin with are not trying to teach at all; they are joking around and having fun in these videos, so they speak very fast and mumble. Viewers who do not have any prior knowledge of Korean will have a hard time grasping what the bandmates are saying.

Subtitles are offered in Korean, English, Japanese and Spanish, but they don’t include any Romanization of Korean.

The clips also do not offer any explanation on the grammatical variations or cultural context behind Korean phrases. For instance, in the second episode, V greets viewers with “annyeonghashimnikka” whereas the text on screen reads “annyeonghaseyo.” In the third episode, some band members say “jal jinaeyo” and “jal jinaeseosseoyo,” which are variations of the phrase asking if someone has been well. These phrases share similar meanings, but they also imply different tenses, formality and emotion. The videos, however, do not explain the context, which can leave viewers puzzled.

Overall, the video series serves as a good starting point for fans wishing to learn BTS’ mother tongue. For long-term purposes though, it would’ve been more educational to have a professional repeat what the band said more loudly and slowly, with a short clarification.

Big Hit will roll out one episode every Monday at 9 p.m. The label hinted at more education-focused content to come, including with other Big Hit artists like TXT and GFriend.