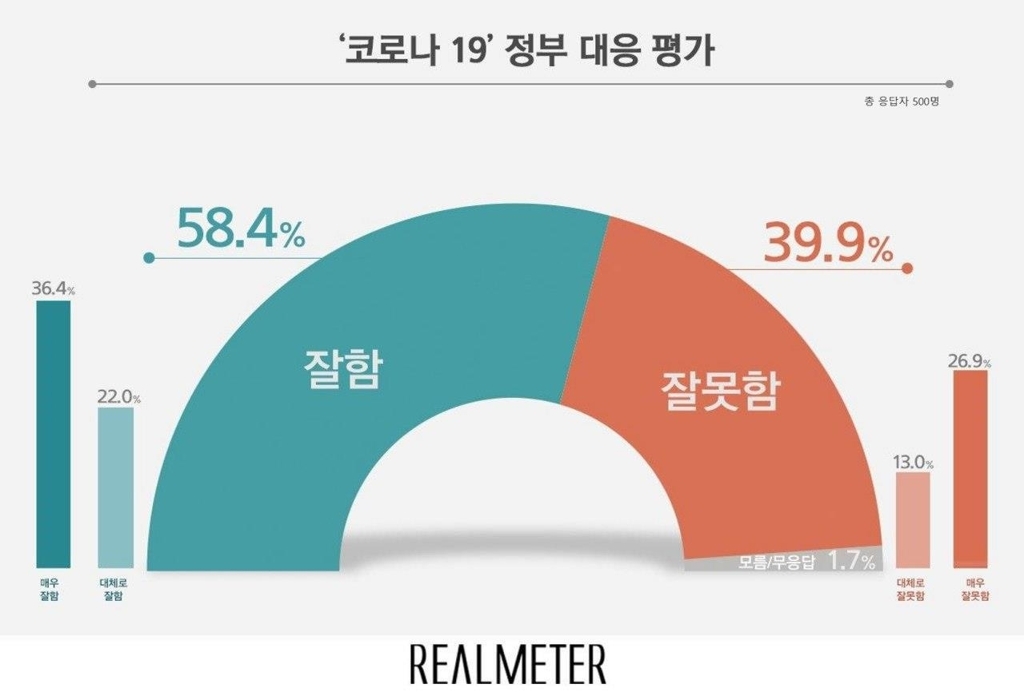 According to the latest survey, released Tuesday by local polling firm Realmeter, 58.4 percent of respondents were happy with the government’s response to the pandemic, while 39.9 percent disagreed.

The approval rate showed a 3 percentage point rise since the same survey came out six weeks ago, though the increase fell within the margin of error.

Almost 9 out of 10 supporters of the ruling Democratic Party of Korea endorsed the government’s response, while 8 out of 10 followers of the main opposition United Future Party said the government was not handling the pandemic well.

The poll was commissioned by local online newspaper OhmyNews and conducted on 500 adults nationwide. It has a 95 percent confidence level with a margin of error of plus or minus 4.4 percentage points.