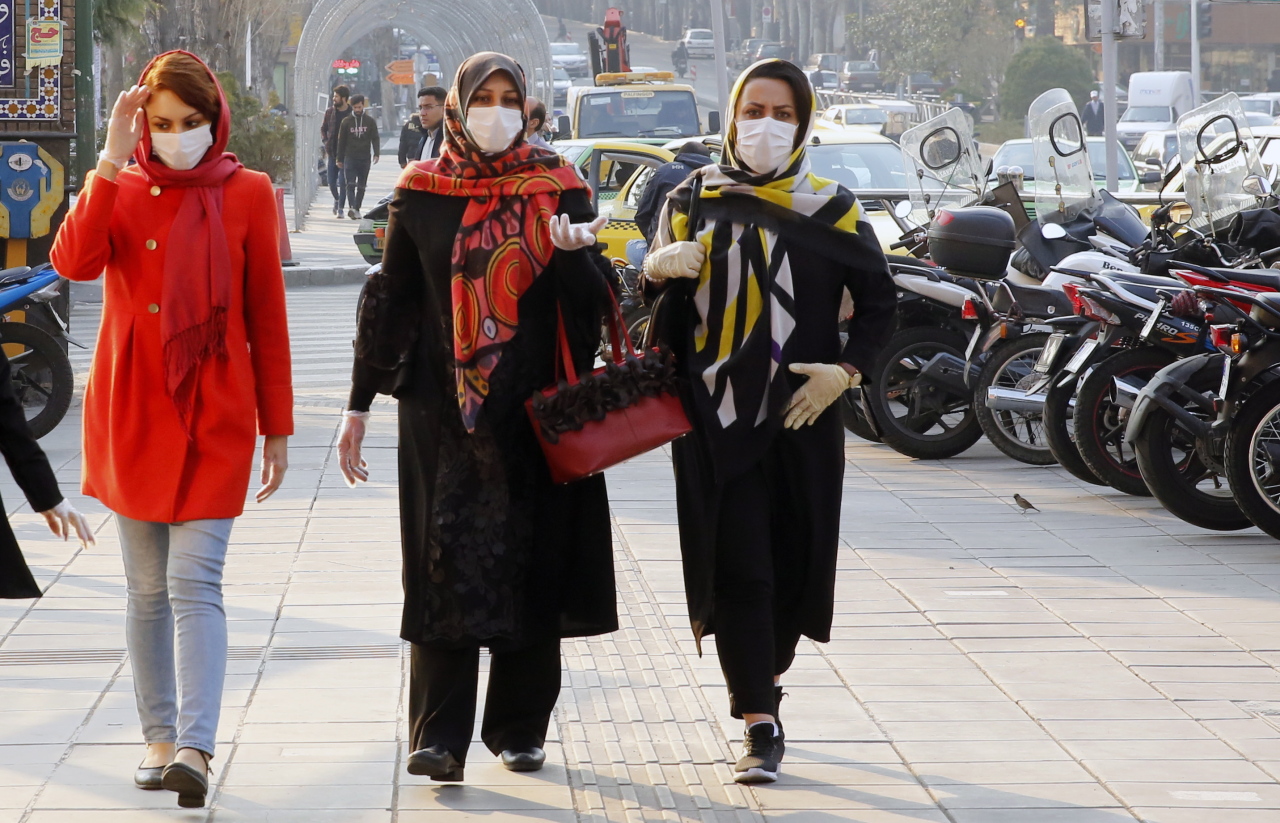 Iranians wearing face masks and protective gloves go shopping in a bazaar during the coronavirus pandemic in Tehran, Iran, March 12. (EPA-Yonhap)
TEHRAN (AFP) --Iran announced on Friday that the new coronavirus has claimed another 85 lives, the highest single-day death toll in one of the world's worst affected countries.

"Sadly, 85 people infected with the COVID-19 disease have died in the past 24 hours", bringing to 514 the overall number of deaths in Iran, health ministry spokesman Kianoush Jahanpour said in a televised news conference.

"Across the country, at least 1,289 infected people have been added to the list of confirmed patients," said Jahanpour.

"The total number of patients has therefore reached 11,364 cases," he said, adding Tehran province had the most new infections.

The outbreak in Iran is one of the deadliest outside China, where the disease originated.

Several politicians and officials both sitting and former, have been infected, with some dying from the illness.

Velayati fell ill with "mild symptoms" on Wednesday and has been placed in quarantine, according to Tasnim news agency.