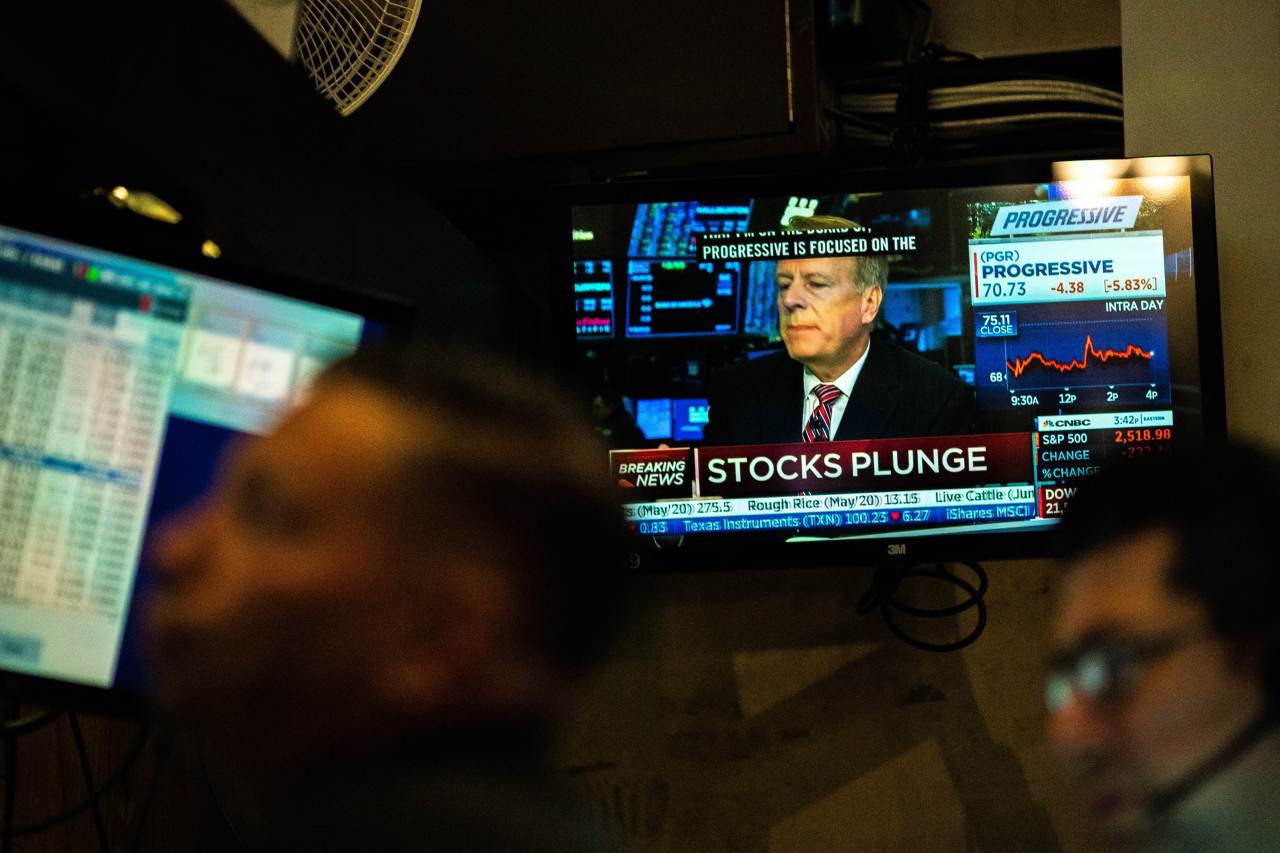 (AFP-Yonhap)
NEW YORK (AFP) -- Global equity markets plunged again Thursday, with some suffering their worst losses in decades, as emergency measures by central banks failed to douse fears over the mounting economic toll from the coronavirus.

London recorded its worst day since the 1987 crash and Frankfurt its blackest day since 1989, the year the Berlin Wall fell.

With Italy effectively closed for business and the global tally of coronavirus cases continuing to grow worldwide, Wall Street was buffeted by a series of announcements suggesting activity in the world's biggest service-driven economy could slow to a trickle.

They included the cancelation of the NCAA basketball tournament, the postponement of the profession baseball, hocky and soccer seasons, the dimming of the lights on Broadway for a month, and the closure of Disney's big amusement park in California.

"Bottoming is a process, it's not a one-day process," said Quincy Krosby, chief market strategist for Prudential Financial.

"Now the idea of a recession is part of the narrative. Are we going into one? And if we are, how deep will it be? Will we have a recovery in the second half?"

Adding to the unease: President Donald Trump's shock announcement to bar travel from Europe for 30 days, which exacerbated already brittle relations between Washington and Brussels and battered airlines on both sides of the Atlantic.

US equities briefly cut their losses after the New York Federal Reserve announced measures to inject an additional $1.5 trillion in cash into financial markets this week and launch a modest quantitative easing program.

But the bounce proved short-lived. Emergency measures announced by the European Central Bank also did little to reassure investors.

Earlier, the European Central Bank ramped up its super-cheap bank lending program and other stimulus measures, but its failure to lower interest rates sparked further selling.

Markets also were unnerved by ECB chief Christine Lagarde saying it was not her job to close the spread between Italian and German government bonds, which investors took as a sign that she may be underestimating the degree of stress in the eurozone financial system.

Airline and travel shares were an especially ugly place as Trump's move removed a key revenue stream from carriers like United Airlines and Delta Air Lines,both of which lost more than 20 percent.

The bleak outlook for airlines also again weighed on Boeing, which plunged 18.1 percent, making it again the biggest loser in the Dow.

Shares of Carnival cruise lines plunged 31.2 percent as it announced it would pause its Princess line for two months.

"We are now staring at the whole world going into a lockdown," Vandana Hari, of Vanda Insights, said. "Oil demand can be expected to crash through the floor and all previous projections on oil consumption are now out the door." (AFP)