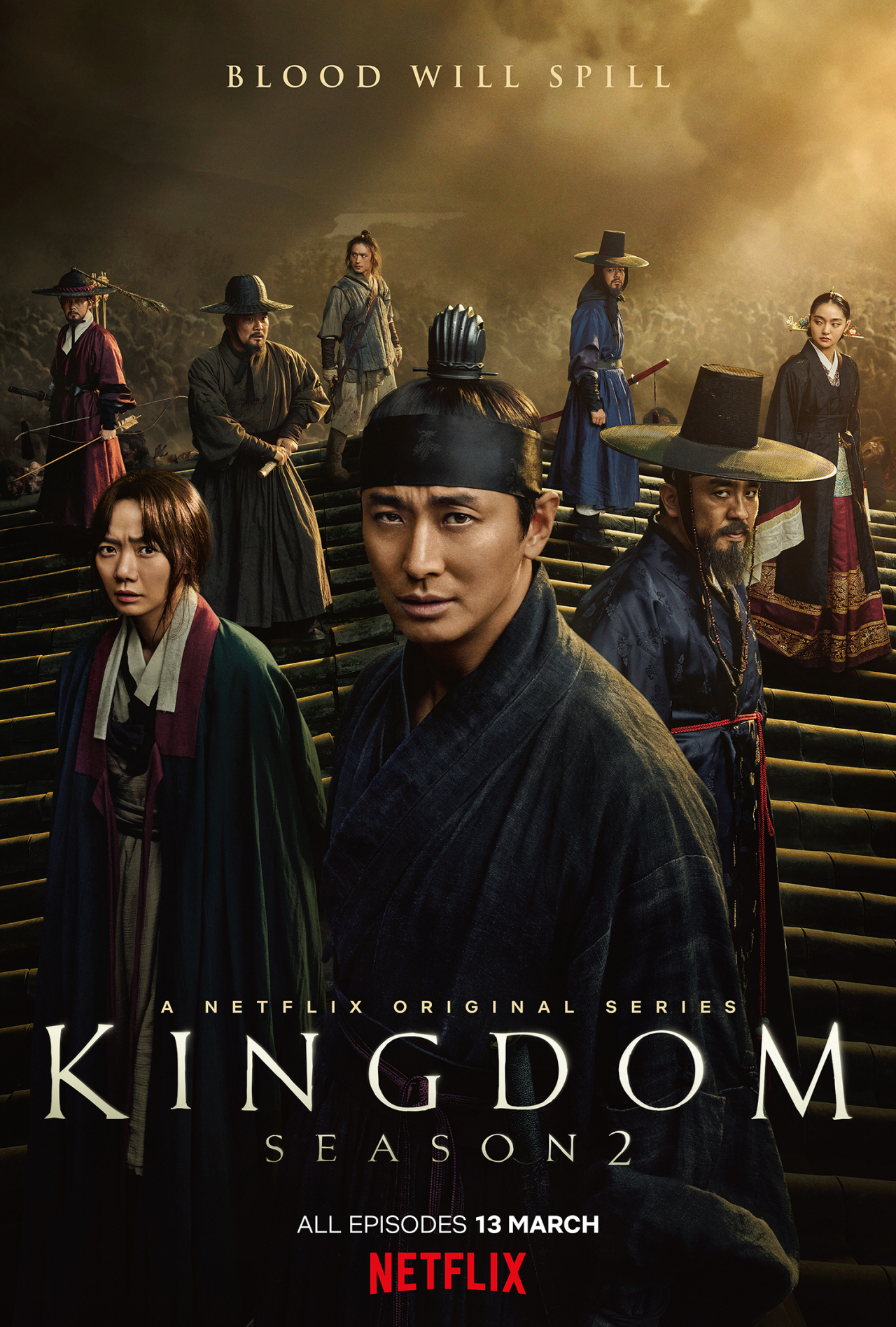 Global streaming giant Netflix’s zombie-thriller “Kingdom” is returning with a second season next week, with the same cast members and even bloodier action than before.

Taking place in the Joseon era, “Kingdom” tells the story of how Prince Chang struggles to save his kingdom from a fast-spreading mystery disease.

Featuring the same main cast members from the first season, “Kingdom” season two will star Ju Ji-hoon as Prince Chang, Bae Doona as medical assistant Seo-bi, delving into the secrets of a herb behind the disease that turns humans into zombies, and Ryu Seung-ryong as Jo Hak-joo, the power-hungry minister trying to overthrow the prince.

According to Kim Eun-hee, writer of both seasons of “Kingdom,” the first season was a prelude to the war with the zombies with the follow-up showing the war between mankind and zombies, and how the characters uncover the circumstances behind the disease, 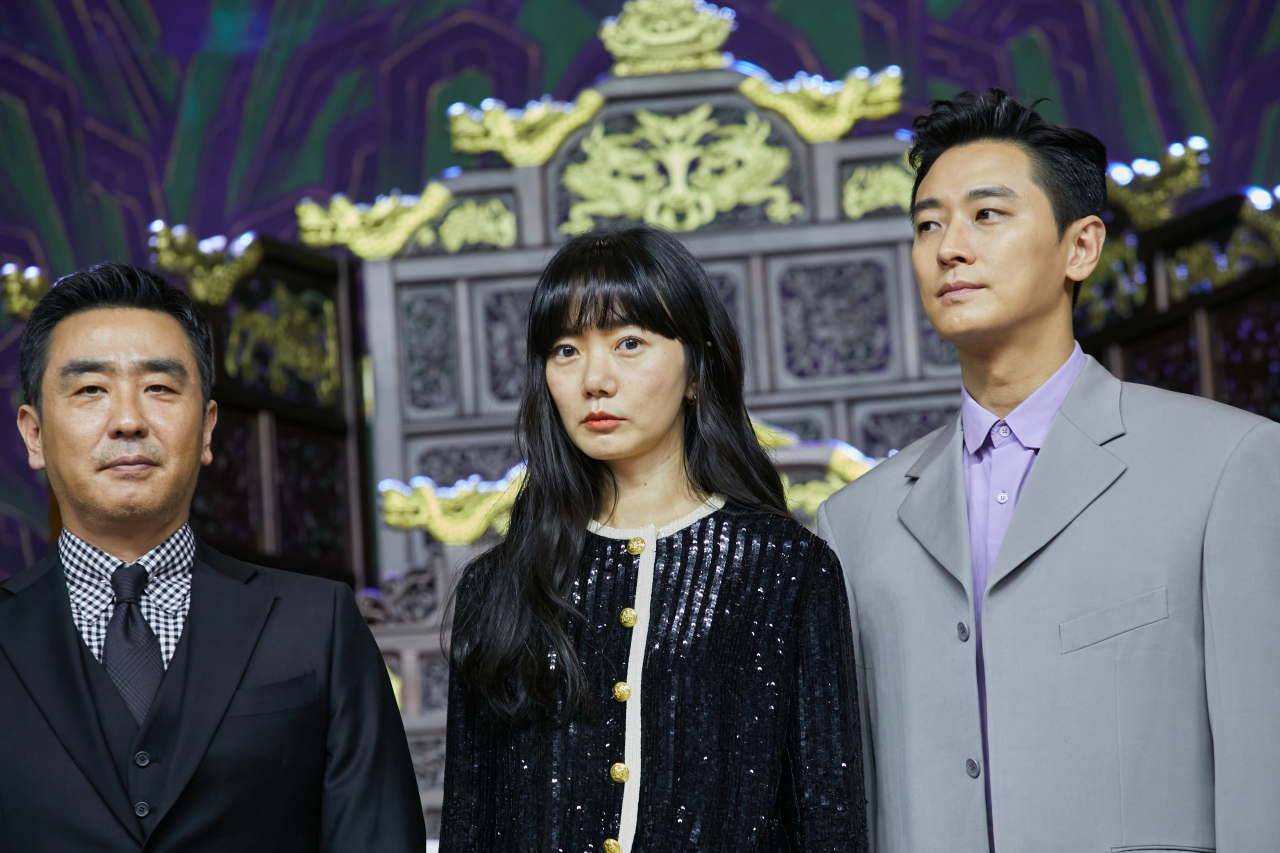 Actors Ryu Seung-ryong (from left), Bae Doona and Ju Ji-hoon attend a press conference for “Kingdom” season two on Thursday. (Netflix)
“This season will be all about blood,” the writer said.

“Not only about red blood, but about the royal blood as well. The series will depict both the bloodthirsty sufferers of the ‘undead disease’ and mankind lusting at the throne.”

According to Ju, the second season will be even more intense and frenetic than the previous season.

“While Prince Chang was being chased in the previous season, he’ll transform into a chaser in the stories to come,” Ju said.

“Kingdom” season two is also the first drama series in Korea to be produced by two directors, each taking charge of different episodes. While Kim from the original season produced the first episode of the second season, Park directed the remaining five episodes.

“Prince Chang, who chases after the secrets of ‘Saengsacho’ (the herb of the undead) in season one, will find out what it is and what he can do for his kingdom in the following season. It will be about the demolition of the kingdom,” director Park said.

Top Korean actress Jun Ji-hyun stars in the second season of “Kingdom,” although her exact role has not yet been revealed.

“Kingdom,” which debuted in January 2019, proved to be a worldwide hit, even with the exclusively Korean language and settings of the story. Netflix, confident in its success, had confirmed the production of the second season even before airing the initial episodes.

The producers hinted at another season still to come.

“If the second season turns out to be a success, hopefully we could return with the story set in a bigger universe. Personally, I’m hoping to go for ten seasons,” the writer said.

The six-episode season two will be released exclusively on Netflix on March 13.