“This is a critical year for our planet. A truly global effort is required from governments, businesses and each member of society. If we work together to develop and deploy clean technologies, we can accelerate innovation, increase economies of scale, and bring down costs more quickly,” said Mike Welch, country director at the embassy’s international trade department, at the event at Dohwa Engineering in southern Seoul.

“I am grateful to Dohwa Engineering for supporting today’s event and look forward to celebrating even more collaboration between them and UK companies in the future.” 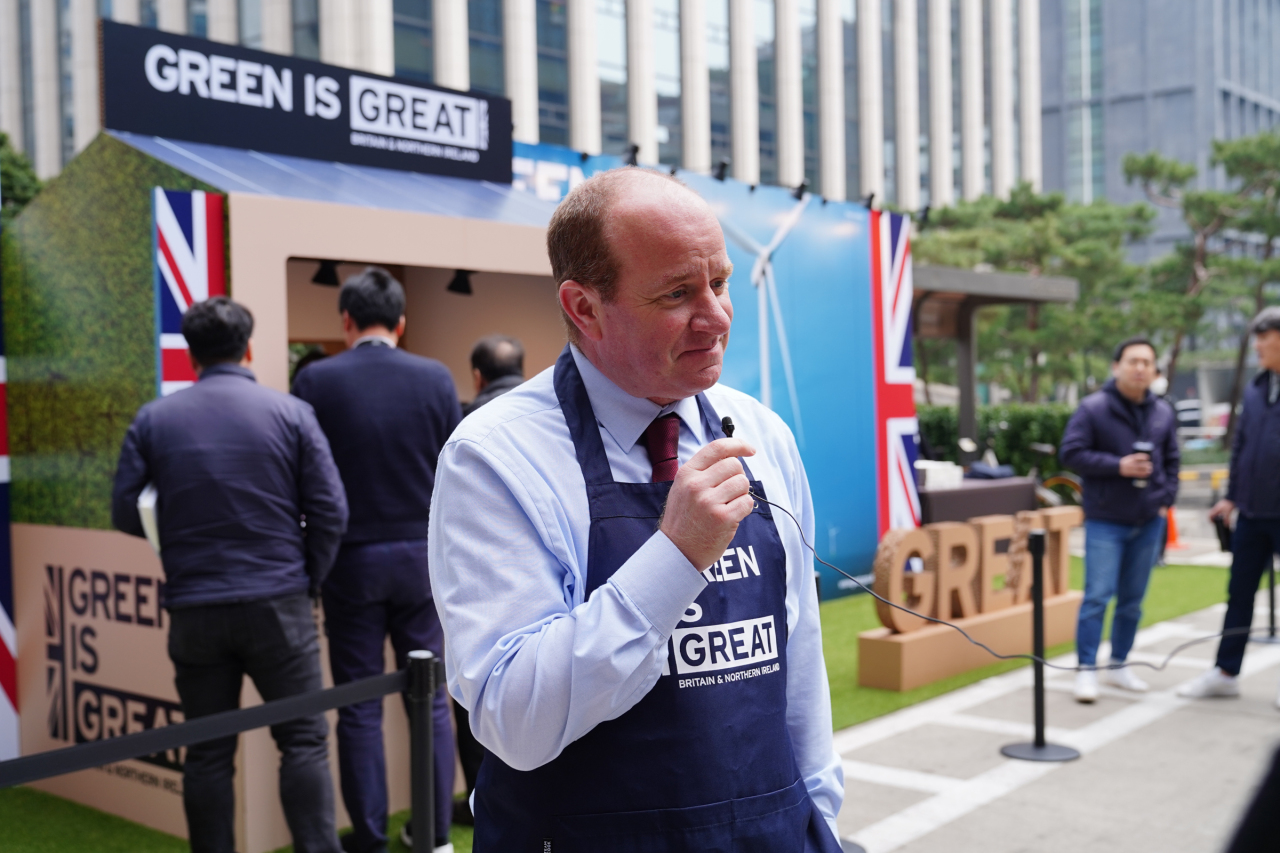 Mike Welch, country director at the British Embassy’s department for international trade, raises awareness about climate change at the Coffee for Zero Plastic event in southern Seoul. (British Embassy in Seoul)
In tandem with preparations for the 2020 UN climate summit in Glasgow, Scotland, this coming November -- also known as the 26th session of the Conference of the Parties or COP 26 -- the embassy is raising awareness among South Koreans and foreigners here through its “Green is Great” campaign.

The UK has made a legal commitment to realizing its goal of net zero carbon emissions by 2050, the embassy said.

The embassy said the UK has decarbonized its economy faster than any other G20 nation by cutting harmful emissions more than 40 percent between 1990 and 2017, while expanding its economy.